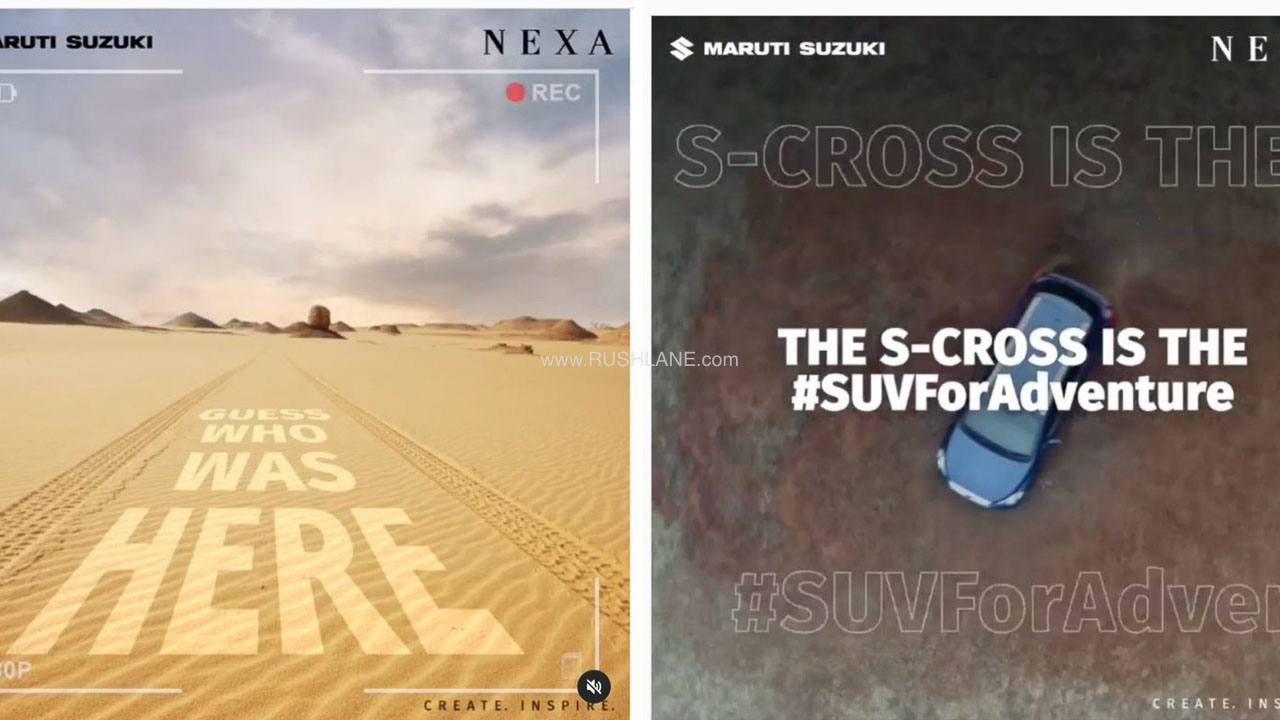 When launched, Maruti Jimny will take on other compact off-roading SUVs such as Mahindra Thar and Force Gurkha.

Maruti Suzuki has not launched any new vehicle in its portfolio for more than two years. The last launch from their side was the S-Press back in October 2019. The next big launch is expected to be the new generation Celerio, which has been postponed to early next year. Despite staying away from major headlines, the Indo-Japanese carmaker is quietly working on its new range of products.

This includes the 5-door version of the Jimny, which has created a cult following even before its launch in the country. Last week, Maruti Suzuki shared a new teaser through its official Nexa social media handle. The short teaser video shows a trail on the sand dune prompting the question, “Guess who was here?” inscribed

The teaser showed a picture of sand dunes, beach and even tire marks on the ice. As of now, Maruti does not have a vehicle in its lineup that is capable of bashing sand dunes, hence, it was implied that the teaser points towards the carmaker’s upcoming off-roading SUV Jimny.

Ever since the fourth generation model of the compact off-roader made its global debut in 2018, speculations have been rife about the launch of the Jimny in India. but it’s not like that. Maruti has shared the new teaser, which confirms that they were not talking about the Jimny. What he was hinting at in the teaser was about the S-Cross.

Around the same time, Maruti also discontinued its much-awaited Gypsy from its lineup as it was not updated with new emission norms or latest safety norms. The Jimny first premiered in India at the last edition of the Auto Expo held in Greater Noida and the SUV managed to garner the interest of the audience present.

Earlier this year, production of the Jimny began in India for international markets such as Africa, the Middle East and South America. All this with the teaser caption, leads most to believe that it was actually the Jimny that was teased by Maruti Suzuki India. But that is not the case. The wait for Jimmy continues.

The three-door international-spec Jimny is currently assembled at Maruti’s Gurugram facility and has been spotted testing on Indian roads on several occasions in the past. The three-door version of the Jimny was earlier completely ruled out from Maruti’s list of possible models as it did not meet the needs of the masses.

However, reports have indicated that the people of Maruti are re-thinking their strategy after seeing huge orders and long waiting period for the second generation Mahindra Thar, which is also a three-door lifestyle off-roader. That said, Maruti will still focus on developing the 5-door Jimny as its immediate rivals- Thar and the new Force Gurka will be offered in a 5-door variant as well at a later stage.

A few months back, the dimensions of the 5-door Jimny were leaked online. The SUV is expected to measure 3,850 mm long, 1645 mm wide and 1730 mm long while it is expected to offer a wheelbase of 2550 mm. Ground clearance is expected to remain stable at 410mm.

Powering the Jimny will be a 1.5-litre K15B naturally aspirated petrol engine that produces 104 bhp and 138 Nm of peak torque. This unit will be mated to either a 5-speed manual gearbox or a 4-speed automatic transmission. It will also be offered with Suzuki’s ALLGRIP 4WD technology, which sends power to all four wheels via a low-range transfer case.