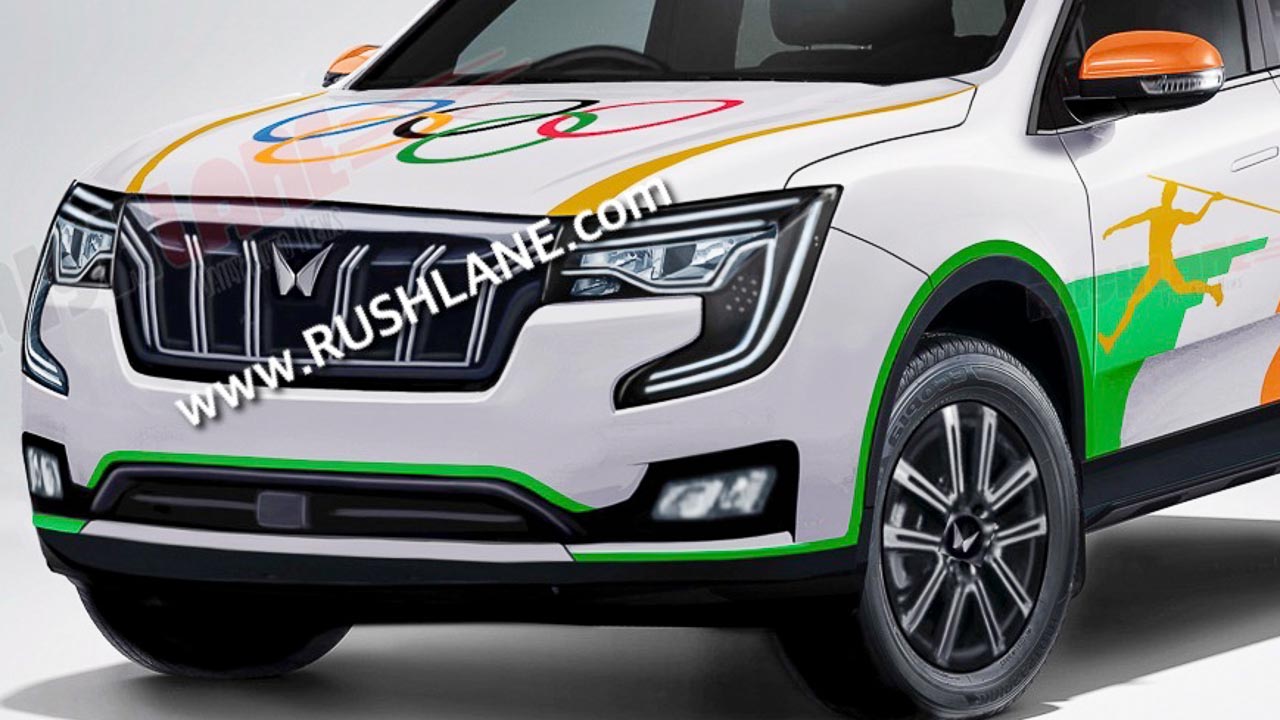 Mahindra has announced that a specially designed XUV700 variant will be introduced in honor of Neeraj Chopra winning the gold medal at the Olympics.

Mahindra Group Chairman Anand Mahindra has promised to introduce the new XUV700 to India’s ace javelin thrower Neeraj Chopra. This is being done in the honor of Chopra becoming the second India to win an individual gold medal at the Olympics. It is indeed a noteworthy celebration that Chopra finished first in the Tokyo Olympics in the men’s javelin final to clinch a gold medal with a tally of 87.58m.

The new XUV700 is yet to be revealed. The global launch date is set for August 14. Anand Mahindra has requested Mahindra Executive Director Rajesh Jejurikar and Mahindra CEO Automotive Division Vijay Nakra to “please keep one ready for that.”

Mahindra XUV700 Special Edition or Mahindra XUV700 Neeraj Chopra Edition will be a one-off version of the SUV. The XUV700 Olympic edition you see here as a render is finished in three shades of orange, white and green. It also gets gold signs in the front with the Olympic logo – highlighting Neeraj Chopra’s gold medal winning javelin throw at the 2020 Tokyo Olympics.

The XUV700 will be the new Mahindra SUV that will sit above the XUV500 in the company’s line-up. This will be their most technologically advanced vehicle to date. The SUV is expected to come with features never seen before in any Indian car.

The new XUV700 will come with the AdrenoX suite which will be the user interface used for the infotainment system of the SUV. It has been developed for the car’s operating system to allow voice activated commands to open and close the skyroof (expected to be the largest in its segment) for HVAC controls, and to deliver 3D surround sound through the Sony audio system. can be handled.

The AdrenoX interface will also have voice commands that will be done through the Amazon Alexa virtual assistant. The XUV700 is also said to come with Smart Filter technology that is claimed to filter out 99 percent of bacteria and 95 percent of viruses.

The 3-row, 7-seater SUV will also sport a personalized voice alert system in case of over speeding. This message can be recorded in the voice of a loved one and will be played back to remind the driver to slow down. This is an improvement over the regular beep sound when they cross the 80 km/h mark and a continuous beep before the 120 km/h mark. Apart from this, the safety equipment will also include multiple airbags, electronic stability control. Advanced Driver Assistance System (ADAS) with ABS, EBD and Level 1 Autonomous Technology.

The Mahindra XUV700 will be powered by a 2.0-litre, turbocharged petrol engine that will make over 200 hp while its 2.2-litre turbo-diesel engine will produce around 185 hp of peak power. The engines are likely to be mated to a 6 speed manual and 6 speed Aisin torque converter gearbox. The top-spec variants will come with all-wheel drive, option with multiple drive modes. The Mahindra XUV700 will take on other 3 row, 7 seater SUVs such as the Tata Safari, MG Hector Plus and the Hyundai Alcazar.