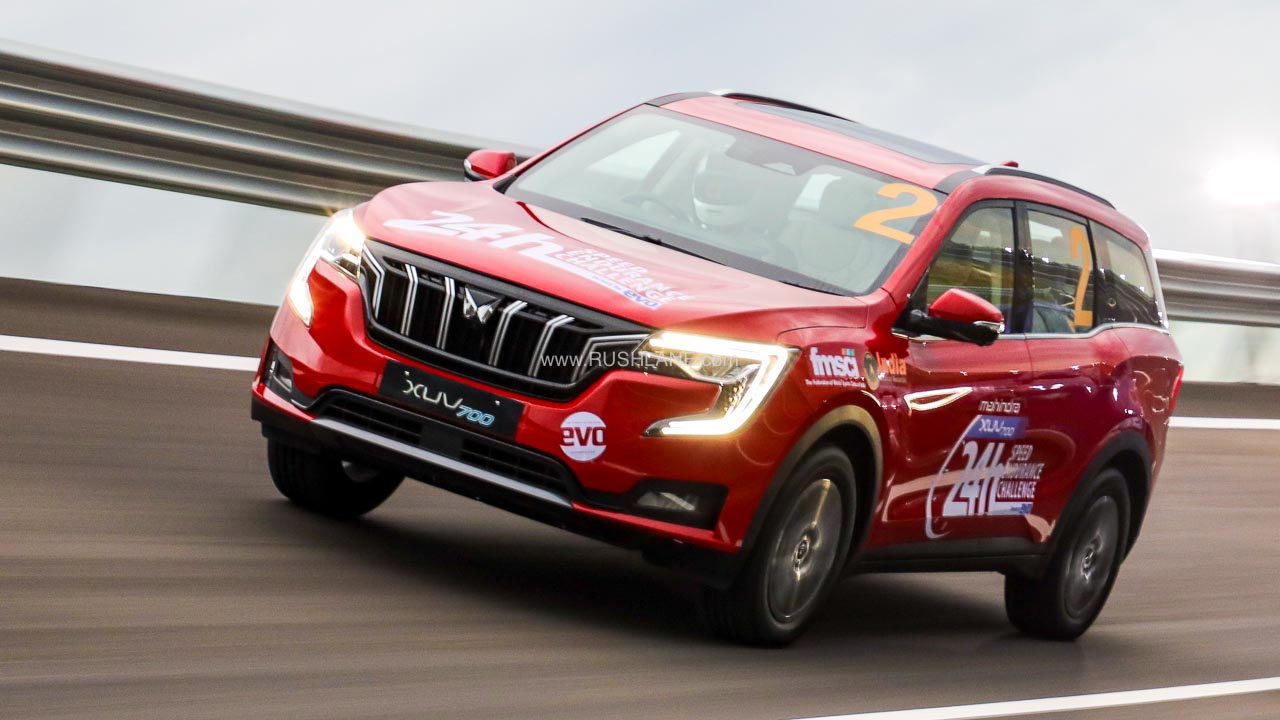 After bookings crossed 50k, Mahindra had to put off bookings for the mid-size SUV for a few minutes. Booking windows are open once again. However, it seems that there is no stopping the XUV700 as it has achieved another important milestone.

The mid-sized SUV has now broken the 24-hour national record by covering a distance of over 4,000 kms; At an average speed of 170-180 kmph. The test was conducted at Mahindra’s SUV Proving Track just outside Chennai. Four variants of the XUV700 took part in this endurance test and interestingly, each one of them covered over 4,000 kms in a span of 24 hours.

In details, the two units of the SUV were petrol and were powered by two diesel engines. The petrol XUV700 with manual gearbox was able to achieve a range of 4,232.01 kms, while the petrol automatic version clocked a range of 4,155.65 kms.

On the other hand, the diesel-powered variant mated to a manual gearbox has covered the most distance by covering 4,384.7 kms, while the oil burner with automatic transmission has covered 4256.12 kms in the stipulated 24 hours. In all, the 4 SUVs have covered a total distance of 17,027 kms in a span of 24 hours.

The XUV700 also became the first SUV to receive this coveted honour. The previous record for the 24-hour endurance test in India was 3,161 km which was set in 2016. The cars were driven continuously for 24 hours at high speeds with quick stopovers for fuel and driver changes.

During the exercise, the average speed of all SUVs was kept in the range of 170-180 kmph. Apart from the national 24-hour endurance record, 80 more records were broken during this exercise.

The event was organized by EVO India, while the records were validated and verified by the India Book of Records. The endurance test took place under strict rules and observation of the Federation of Motor Sports Clubs of India. The test SUVs were piloted by some keen experts and enthusiasts from the automotive fraternity.

Mahindra offers two engine options on the XUV700 – a 2.2-litre mHawk petrol engine and a 2.0-litre mStallion turbo petrol engine. Both the engine options are mated to either a 6-speed manual gearbox or a 6-speed automatic transmission. It is offered with front-wheel drive as standard with the option of an AWD system in the top-spec diesel trim.