Mahindra XUV700 Red Color is totally spied on the road 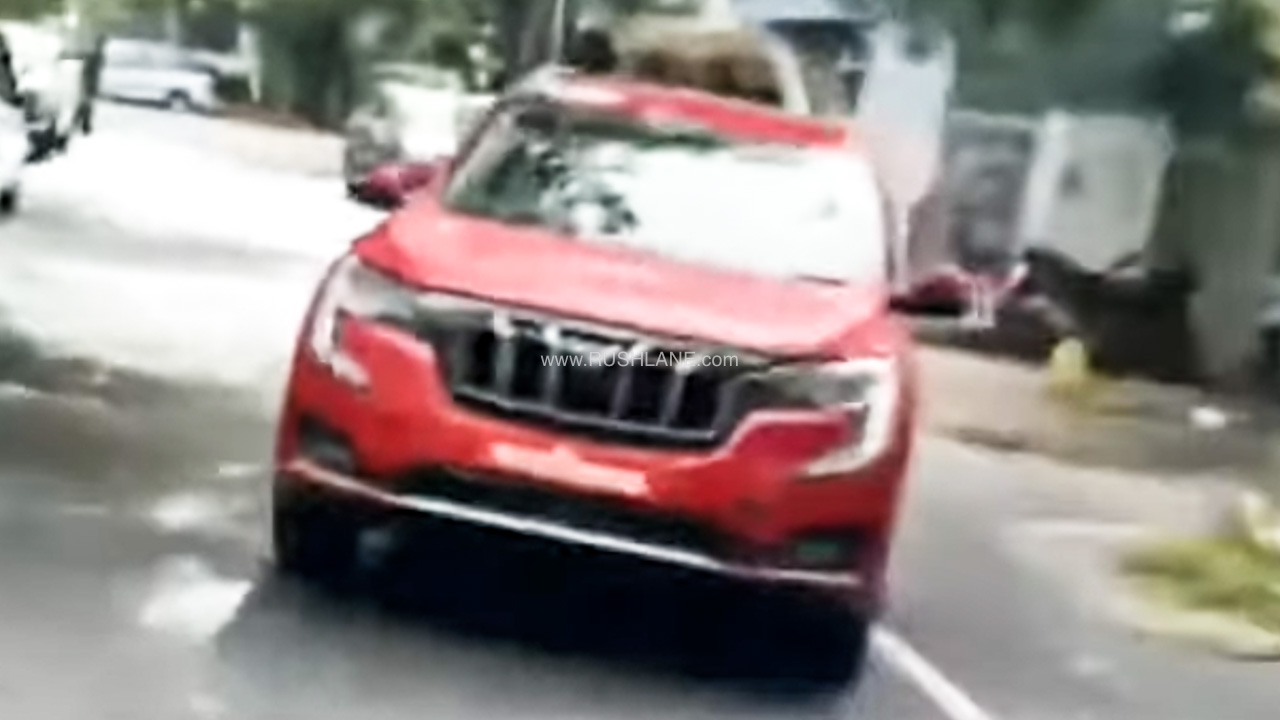 Mahindra XUV700 is clearly one of the most anticipated launches of the current year. The SUV has been in its testing phase for over a year and now that the launch of the SUV is approaching, new details of the model have surfaced.

Mahindra has already teased some of the segment-leading features of the XUV700. These include personal vehicle speed safety alerts, availability of sky roof (Largest panoramic sunroof in the segment), pop-out smart door handles and much more.

Like most of its recent models, Mahindra would like to get a good G-NCAP rating for the XUV700. Hence, Mahindra will be offering a host of safety features like multiple airbags, EBD, ABS, ESC.electronic stability controll), driver drowsiness detection system, auto booster headlamps and Level 1 autonomous technology as well as ADAS – Advanced Driver Assistance System.

Mahindra will offer two engine options on the 2021 XUV700. These will include a modified version of the tried and tested mHawk 2.2-litre diesel engine that will generate around 185 Bhp. Additionally, Mahindra will also offer a 2-litre turbo petrol motor, which we have seen earlier on the 2020 Mahindra Thar. This engine will also be re-tuned to ensure that it produces more power than the Thar.

Transmission options will mostly include a 6-speed MT and a 6-speed AT. While there is no official confirmation, the higher spec variants are expected to get AWD, which could be a unique offering in the segment.

According to rumours, Mahindra may unveil the XUV700 on 15th August’21, although there is no official confirmation about the same yet. Though seeing a large number of teasers being unveiled by Mahindra regularly, the debut is expected soon.

The launch could happen around October’21, following the same timeline as the 2020 Mahindra Thar. We believe that Mahindra would definitely like to capitalize on the upcoming festive season to boost its sales with a new product launch.

Post launch, the XUV700 will compete with MG Hector Plus, Tata Safari, Hyundai Alcazar and Jeep Compass. Price is expected to be Rs 15-22 Lakh, ex-showroom.