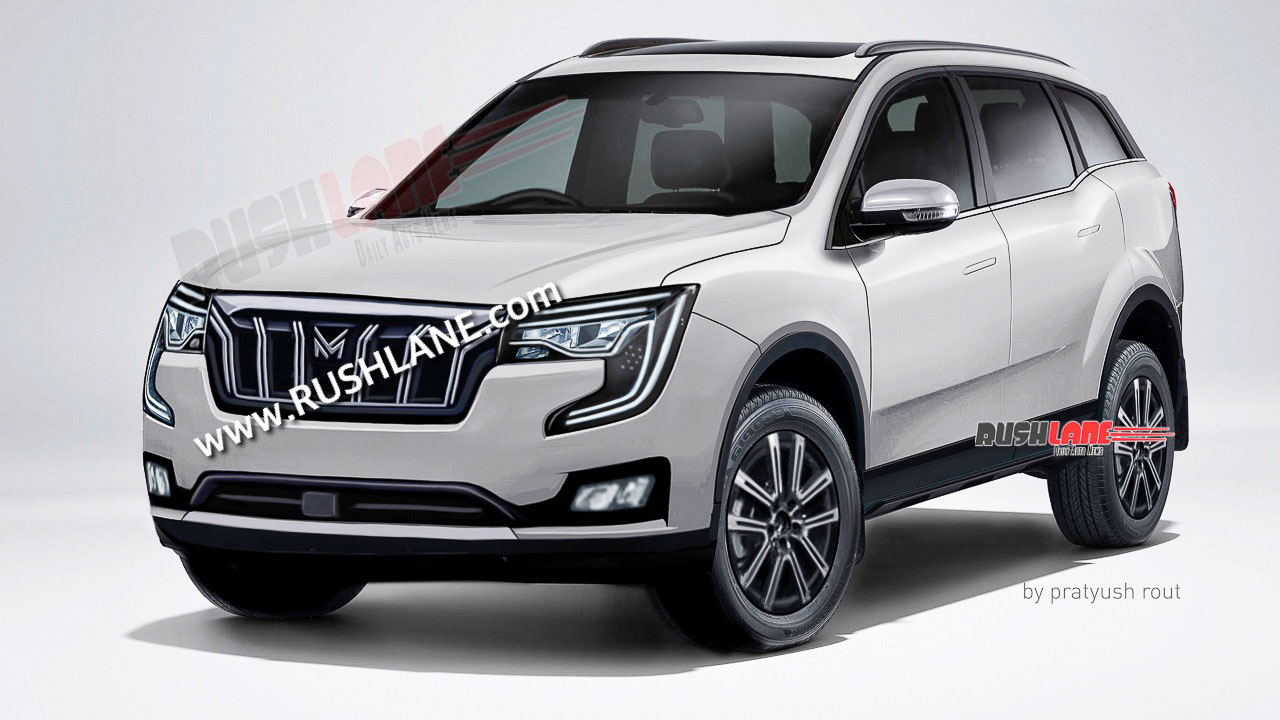 The new Mahindra XUV700 is getting ready for its global debut on August 15 – Ahead of it, here are some new renders based on the latest spy shots

Mahindra is actively testing a new 7 seater SUV which is touted as a replacement for the XUV500. Called the XUV700, it will be the company’s first offering to sport the brand new logo. Existing models that still use the familiar oval-shaped emblem with three chrome strips representing the ‘M’ for Mahindra.

Although it is earlier this month, the Mahindra XUV700 is slated for launch in India in October 2021, just ahead of the festive season. It will come with premium and segment first features as well as advanced safety equipment that was seen on the XUV500. Here are some new digital renders of the new Mahindra XUV700, in 7 color options – with a new logo.

Earlier spy shots also revealed several first-in-segment features that will make their way to the XUV700. The infotainment system will have an in-built e-SIM for in-car delivery, real-time weather updates among other functions, dual zone climate control for HVAC has also been detailed, while the teaser shows pop out smart door handles, Drowsiness detection feature and personal safety alerts.

It will also get auto booster headlamps that automatically increase both the throw and intensity of the LED headlamps to a speed of over 80 km/h in low visibility conditions. The XUV700 will also sport segment-first features of Level 1 Autonomous Technology with Advanced Driver Assistance System (ADAS) like blind-spot detection, lane-keeping assist, automatic emergency braking etc.

The 10.25-inch dual screen will be powered by Mahindra’s new AdrenoX UI to bring voice AI capabilities to the new XUV700 along with India’s first Amazon Alexa integration. The twin 10.25 inch screen which includes an infotainment system and digital driver display will run on this system software. It will have Alexa support, Sony 3D sound system and driver mode (for the diesel variants) and has been designed in partnership with Amazon Alexa, Sony, Vistian and Bosch.

Mahindra XUV700 will be powered by petrol and diesel engine options. The 2.0-litre turbocharged petrol unit will produce 200 hp power while the 2.2-litre turbo diesel engine will be capable of producing 185 hp of peak power. Both the engines are mated to a 6-speed manual and a 6-speed Aisin-derived torque-converter automatic gearbox options.

Another great audio feature to be seen in the Mahindra XUV700 is the Sony 3D sound system with roof mounted speakers. The diesel variant will also get four drive modes namely Zip, Zap, Zoom and Custom (Individual), though it is not yet confirmed whether these drive modes will make their way to the petrol variant of the XUV700 as well.

Mahindra XUV700 with Auto Booster Headlamp is a segment first feature. The headlamps automatically turn on when the vehicle crosses the 80 km/h mark at night and this feature has been highlighted in a recent video. The light emitted from these headlamps is enhanced with auto booster function and provides exceptional assistance during night time driving at high speeds.

The Mahindra XUV700 will also get a large panoramic sunroof which will be called the “Skyroof”. The company has revealed its dimensions which are set to measure 1,360 mm in length and 870 mm in width and will be much bigger than the Tata Safari, MG Hector and the new Hyundai Alcazar.