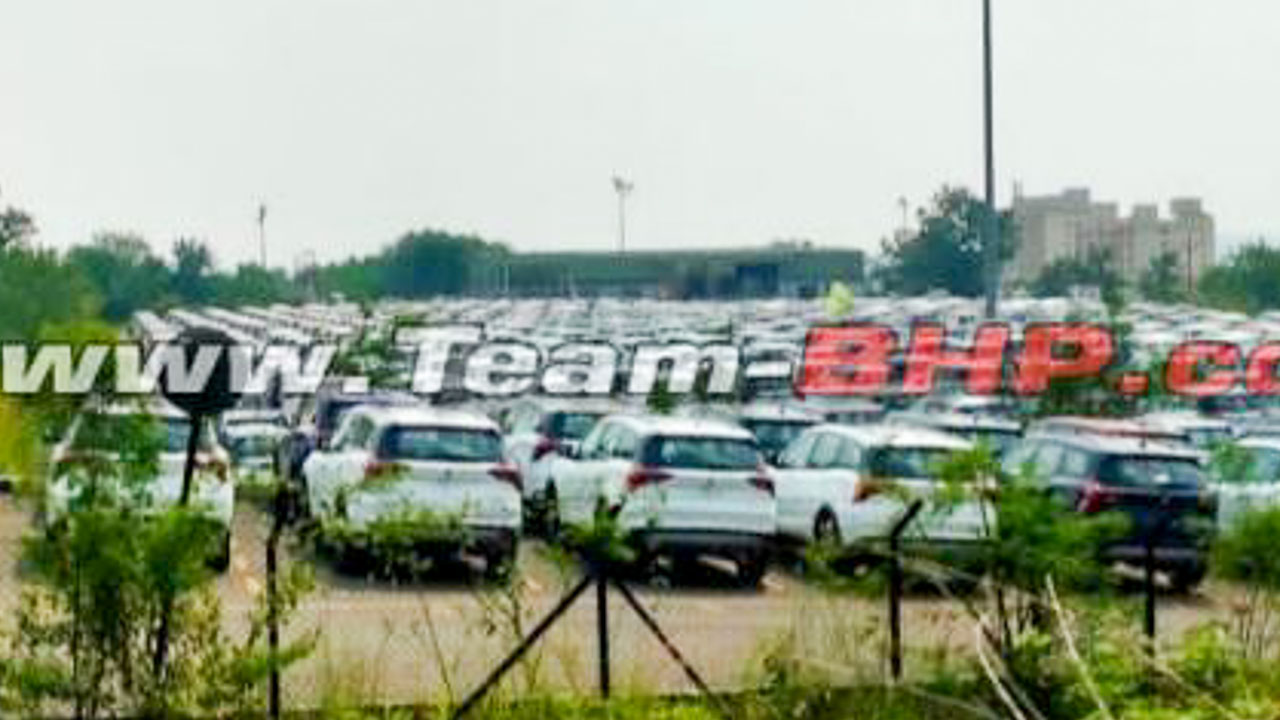 The Mahindra XUV700 received an overwhelming response when it was officially revealed last month. It is available in four trims – MX, AX3, AX5 and AX7 which will be spread across multiple variants. Official bookings are open from 7 October 2021.

Bookings have already crossed the 50 thousand mark, Mahindra has a tough job to deliver its new XUV700. The high demand comes at a time when the global auto industry is grappling with supply issues/shortage of parts like semi-conductors, chips etc.

Like the XUV500, the new XUV700 is also being manufactured at the company’s plant in Chakan, on the outskirts of Pune. According to images leaked via Team-BHP, hundreds of new XUV700s are currently parked inside the plant. But these units may not be ready for dispatch.

Globally, carmakers are producing cars and parking them instead of sending them to dealers. Because of lack of parts. These cars may be missing parts like touchscreen, keys, etc. Basically the parts that require chips.

Mahindra XUV700 is one of the most feature packed car on offer in the country. By that logic, it is expected to be used among the highest number of chips. This will result in slower delivery rates and higher waiting times, at least until there is a shortage of chips.

According to a member of TeamBHP, around 8,000 semi-finished Mahindra cars are lying idle in the yard waiting for the ECU to be installed at the Chakan plant. Mahindra’s manufacturing plant is scheduled to get 1,000-2,000 ECUs next month, of which only 500 will be allocated to the XUV700.

The lack of a semiconductor chip has affected not only the XUV700 but also the latest version of the Thar. Apparently, over 10,000 units of the compact off-roader are lying idle at the carmaker’s Nashik facility. Mahindra is believed to have parked the cars in about 10 vacant plots within the factory premises. Dummy ECUs are used to drive the cars to these plots and then back to the plant for the next batch of cars produced.

A few months back, Mahindra Thar was sent to dealers without a touchscreen. Tata has sent cars with only one key. All because of the lack of chips. To fight this, OEMs are launching vehicles that require fewer chips. For example, Hyundai launched new variants that don’t have a touchscreen infotainment system.