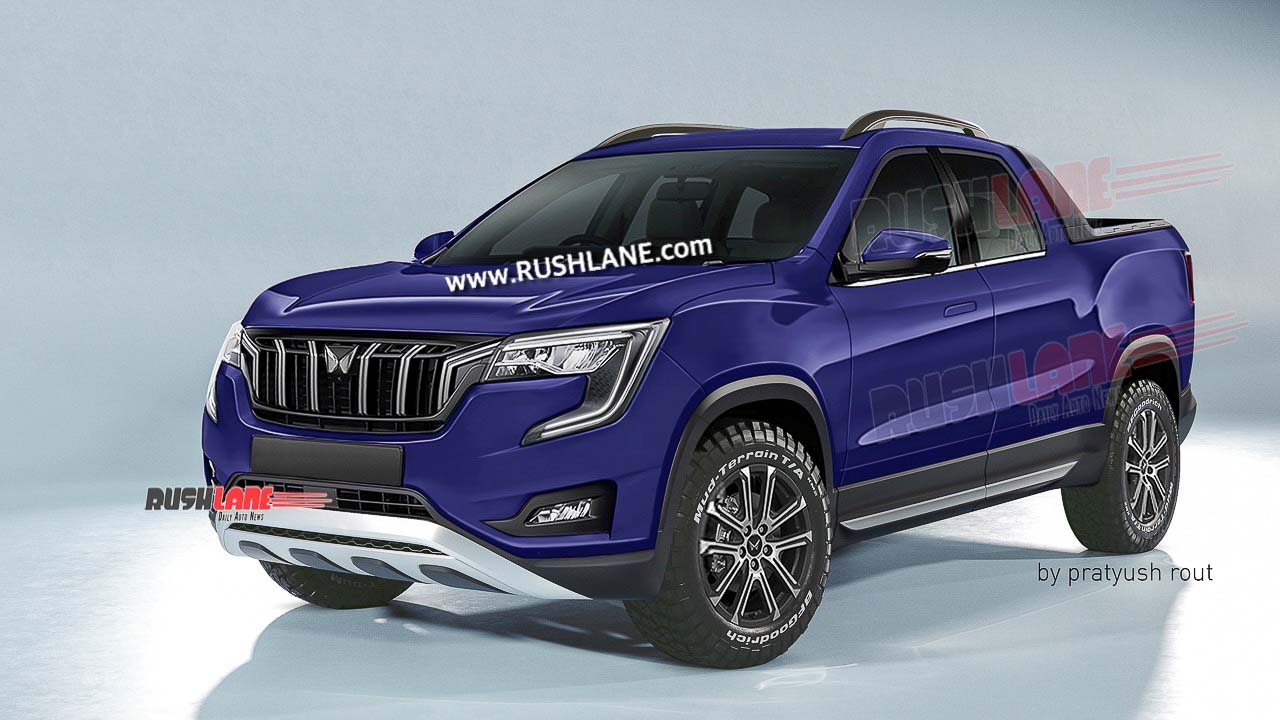 The Mahindra XUV700 is broadly classified under two series- MX and AdrenoX, with the latter being offered in three variants – AX3, AX5 and AX7.

With every popular automobile unveiled, designers showcase their skills by envisioning a particular vehicle in another. In recent times, the new XUV700 is certainly the most highlighted new launch as it was anticipated for centuries and witnessed many delays.

The SUV managed to ring all the right bells as it earned praise from all corners. Although the first spy shots of the XUV700 prototype were not very impressive, the original model caught everyone’s attention when it surfaced. Courtesy of Pratyush Raut The vehicle has now been digitally visualized as a pickup truck.

Most of the design cues of the SUV have been carried forward in this digital render. For starters, the pickup truck gets an almost identical front end with the same C-shaped LED headlamp cluster with integrated DRLs. The vertically slanted front grille is seen with the new Mahindra logo at the centre.

The only major difference is the skid plate on the front bumper is much bigger than the actual production spec which makes it look more awesome. The air intake vents have been shifted slightly upwards to accommodate the skid plate. There are some subtle yet significant changes to the side profile. The wheel arches have been squared off and the cladding on the door sills has been thickened.

While it stands on the same 18-inch 10-spoke alloy wheels, the pickup truck’s rims are now with multi-terrain tires for adventure purposes. Load-bearing roof rails further enhance the appeal of the vehicle.

The AdrenoX badging on the front side fenders has also been removed. More importantly, this rendering has been envisioned as a dual-cab version of a pickup, meaning it has a two-seating layout while the third row is scooped up.

The pickup truck’s loading bay has black cladding all around that extends to the C pillar. Barring these changes, the exterior styling of the SUV has been retained. Being a lifestyle vehicle, this variant of the XUV700 will likely come equipped with an AWD setup to deliver its reliable off-roading capability. However, the pickup derivatives of the XUV700 are unlikely to be operational in the near future.

The XUV700 is available with two engine options – a 2.0-litre mStallion turbo petrol unit and a 2.2-litre mHawk diesel engine. The former can produce 197 Bhp and 380 Nm of peak torque. The latter is available in two states of tune. In lower level tune, it is capable of producing 153 Bhp and 360 Nm of torque.

While in high tune, the oil burner produces 182 Bhp and 450 Nm. Both the engines are offered with either a 6-speed manual gearbox or a 6-speed automatic transmission.