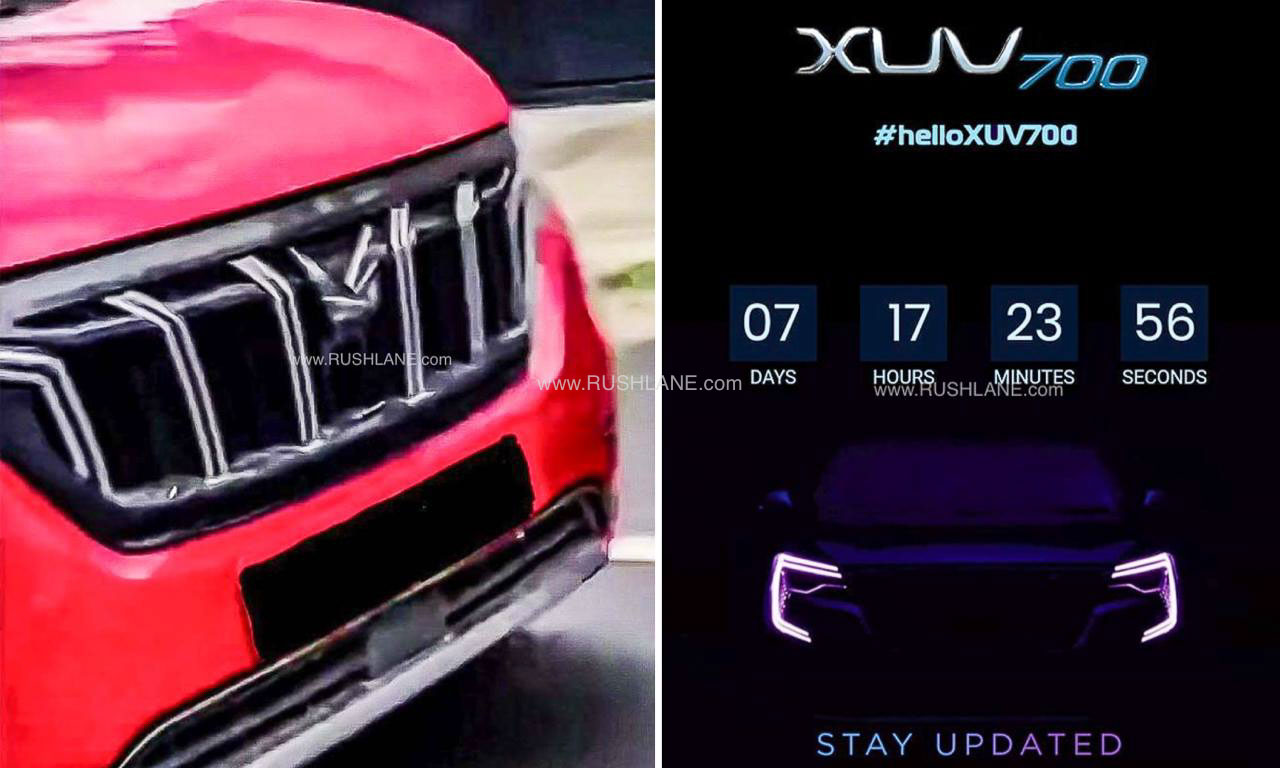 Finally there is a date. And it’s official. The Mahindra XUV700 SUV is all set to make its global debut on August 15. Earlier, the company has started the countdown for the same on its official website.

With the introduction of Mahindra XUV700, more details of the upcoming SUV are being revealed regularly. The latest update suggests that while the top of the line XUV700 will be a fully loaded product, interestingly, the entry-level trims of the XUV 700 will also have a bigger feature list than can be claimed.

Recent spyshots of the lower-end XUV 700 reveal that the trim will still sport the much talked about Mercedes Benz-inspired dual screen set up, which will include a digital driver’s display and an infotainment system. It will also get an electronic air-conditioning system, basically a FATC unit, dual tone alloys, panoramic sunroof, powered driver seat and headlamps with high-beam assist.

The above mentioned features will help Mahindra justify the starting price of the XUV700 and position it as a premium product in its set of offerings. Some of the features that the lower end trims will miss out on include electronic parking brake, cruise control, etc.

The XUV700 will be offered in two engine options, which will include a 2-litre turbo petrol motor and a tried-and-tested 2.2-litre mHawk Turbo diesel engine. Both the engines will be sold in higher tunes i.e. highest power delivery as compared to other Mahindra products. Expect the petrol mill to deliver over 200 PS and the diesel motor over 185 PS.

While the lower-end trims will not feature AWD, the higher-end trims will also get AWD functionality, which will be a class leading feature. Transmission options will include 6 speed AT and 6 speed MT gearbox.

With increasing focus towards safety, Mahindra has reportedly tried to ensure that the XUV 700 manages a high safety rating. Mahindra is hoping that the SUV will be able to achieve a 5-star GNCAP safety rating and is extremely confident of at least a 4-star rating. The XUV700 is based on an all-new monocoque structure and will be equipped with features like multiple airbags, EBD, ABS and even an advanced driver assistance system.

The XUV700 will debut on August 15, ’21. After the launch, the launch is expected to take place on 2 October’21, coincidentally following the same timeline as the Thar did last year in 2020. The deliveries of the new Mahindra XUV700 are expected to start by the end of this year or early next year.