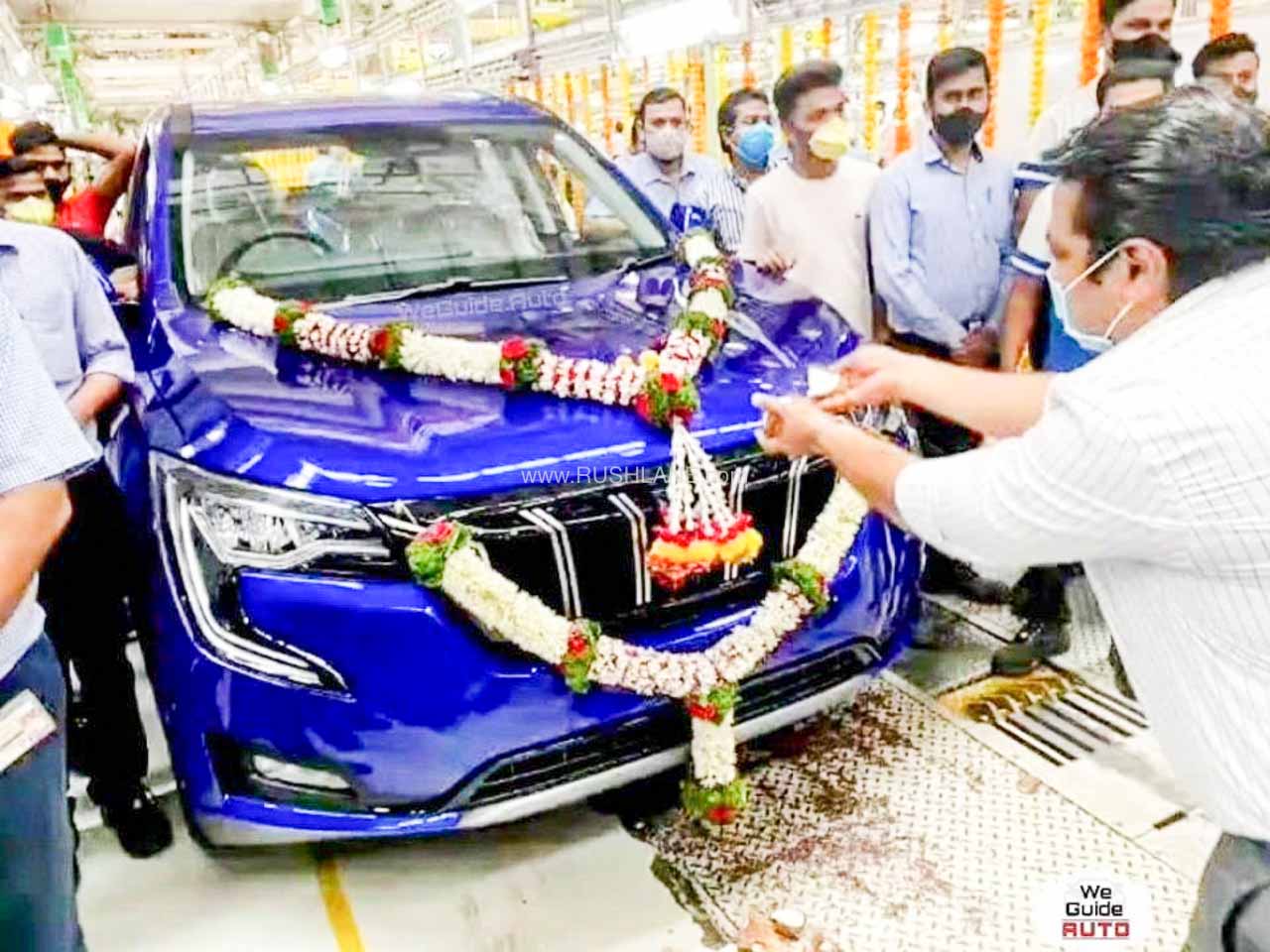 Mahindra XUV700 was launched in India on 14 August 2021. With a price tag of Rs 11.99 lakh, it has now become a hot topic of discussion among SUV buyers in the country. From entry level sub 4m SUV buyers (Brezza, Venue, Nexon, etc) to big SUV buyers (Hector, Safari, Compass) are in town talking about the new Mahindra.

Although the SUV has been launched, the deliveries have not started. The bookings have started at the dealer level, but these are unofficial. Mahindra is expected to start official bookings from next month.

The production of the new Mahindra XUV700 has already started at the company’s plant. Recently the first unit started, where the employees also performed a function. The first batch of XUV700 for test drive and showroom display will be dispatched from the end of this month to early next month.

WeGuideAuto reports that from the second week of September, the XUV700 will be available for display in showrooms across India. The test drive will start soon after that. Deliveries are expected to begin later this year, most likely from October 2021.

The XUV700 will receive a few feature updates as compared to the XUV500, apart from sporting several segment first features. The production spec XUV700 will get a vertical front grille that extends to the headlamps which are also in a unique design.

LED DRLs, wrap around split headlamps, sharp crease lines add up to the exterior of the upcoming SUV. It will see sporty cladding all around, silver-finished bash plate and flush door handles for the first time on a Mahindra vehicle.

A shark fin antenna, ‘auto headlamp booster’ to illuminate dark roads when traveling at or above 80 km/h, and personal safety alerts will be among the many-class key features seen on the XUV700 . New AdrenoX interface for infotainment with Android Auto and Apple CarPlay connectivity, voice commands by Amazon Alexa virtual assistant and Advanced Driver Assist System (ADAS) as its other segment first features.

Mahindra XUV700 will be offered in two seating layout of 5 seater and 7 seater. It will be powered by the most powerful engines in its segment. It will be powered by a 2.0-litre, 4-cylinder Amstallion, turbo-charged petrol engine that makes 200 PS of peak power. It will also get a 2.2-litre, 4-cylinder mHawk turbo diesel engine that delivers 185 PS of peak power. Both the engines get manual and automatic gearbox options. Optional all-wheel-drive (AWD) is also on offer.

After launch, Mahindra XUV700 will compete with Tata Safari, Harrier, MG Hector Plus and Jeep Compass. Mahindra has confirmed that the XUV500 will be discontinued. The company has informed that they are planning an all-new XUV500 which is expected to arrive in early 2024. The next time the XUV500 arrives, it will be a much smaller SUV than it is today. Once launched, it will take on the Hyundai Creta in the compact SUV segment.