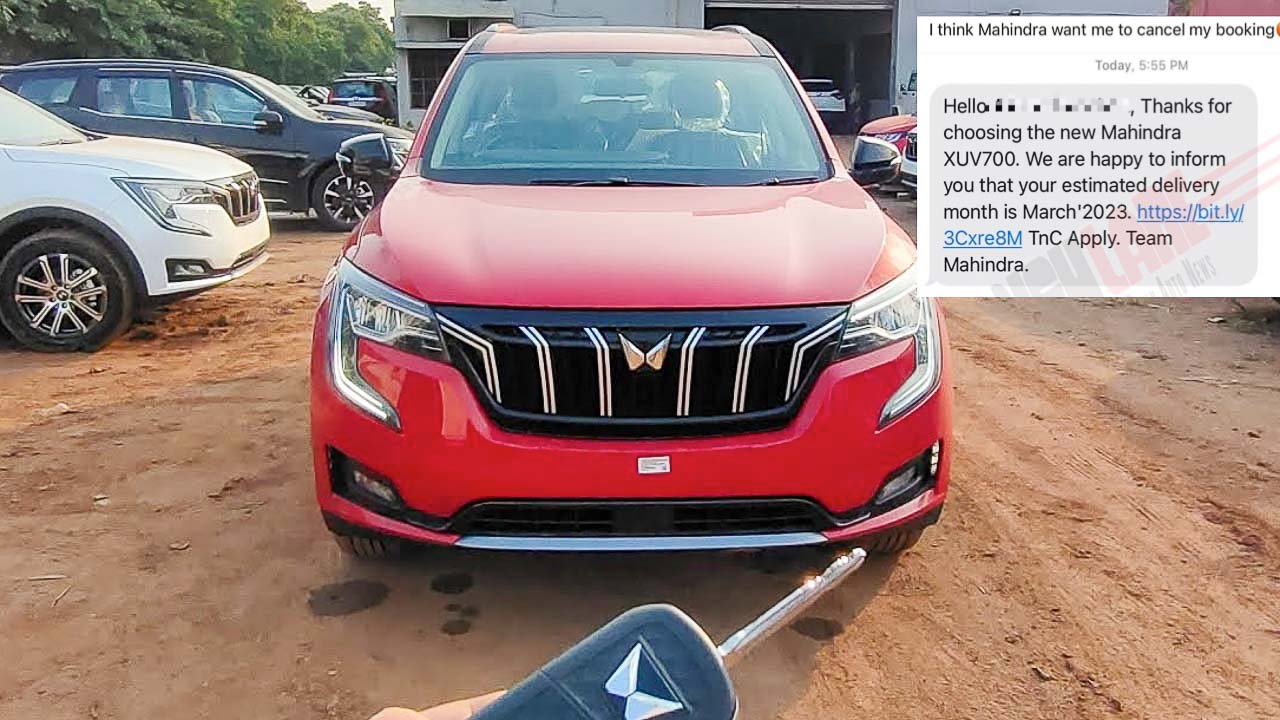 The Mahindra XUV700 was launched earlier this year on August 14, when the prices of select variants were revealed. Bookings open on 7 October. Within 3 hours of the booking window opening, 50,000 people had booked the new Mahindra SUV. This was a new record not only for Mahindra, but also for the Indian passenger car industry. No car had ever received such a response in a booking window of 3 hours.

Huge demand is directly proportional to longer waiting periods. The bigger the demand, the longer the wait. And in this time of global parts shortage faced by the auto industry, waiting periods add up by a huge margin.

Even the customers who booked the XUV700 on the first day are also getting the H2 2022 delivery date. What is even more surprising is that the demand tends to decrease as demand goes down. With the booking numbers for the XUV700 steadily increasing, the waiting period is also increasing.

The ongoing COVID-19 pandemic has been relentless for the global auto industry which is grappling with its effects. As things seem to be easing up, yet another crisis poses a hindrance to the recovery of the automobile sector. The shortage of semiconductor chips has affected the worldwide production of automobiles in various sectors.

The primary competitors of the XUV700 include models such as the Tata Harrier, Tata Safari, Hyundai Alcazar, MG Hector, MG Hector Plus and the Jeep Compass. Thanks to the aggressive pricing of the XUV700, its competition also includes models like the Hyundai Creta, Kia Seltos, MG Astor, VW Taigun and the Skoda Kushaq. The SUV was launched at a starting price of INR 11.99 Lakh – 19.79 Lakh. However, after the initial 25K bookings, the base price of the entry level trim now stands at INR 12.49 Lakh.

Waiting period for other Mahindra cars

Coming to the demand, Mahindra has been riding a high wave of demand in recent months led by the new generation Thar which was launched last year. The company currently has over 39,000 imminent orders for the compact off-roader, which has extended the waiting period to 10 months. The XUV300 has over 10,000 bookings with a waiting period of two months.

For Scorpio, the waiting period is 45 days with 6,000 orders imminent. The company’s best selling product Bolero has over 4,000 bookings yet to be made.

Share
Facebook
Twitter
WhatsApp
Previous articleNick Jonas feels afraid of this thing, openly said this thing related to Priyanka Chopra
Next articleThe trailer of ‘Dandnayak’ will be released on December 15, the pairing of Yash Kumar and Kajal Raghavani will rock
RELATED ARTICLES
Automobile