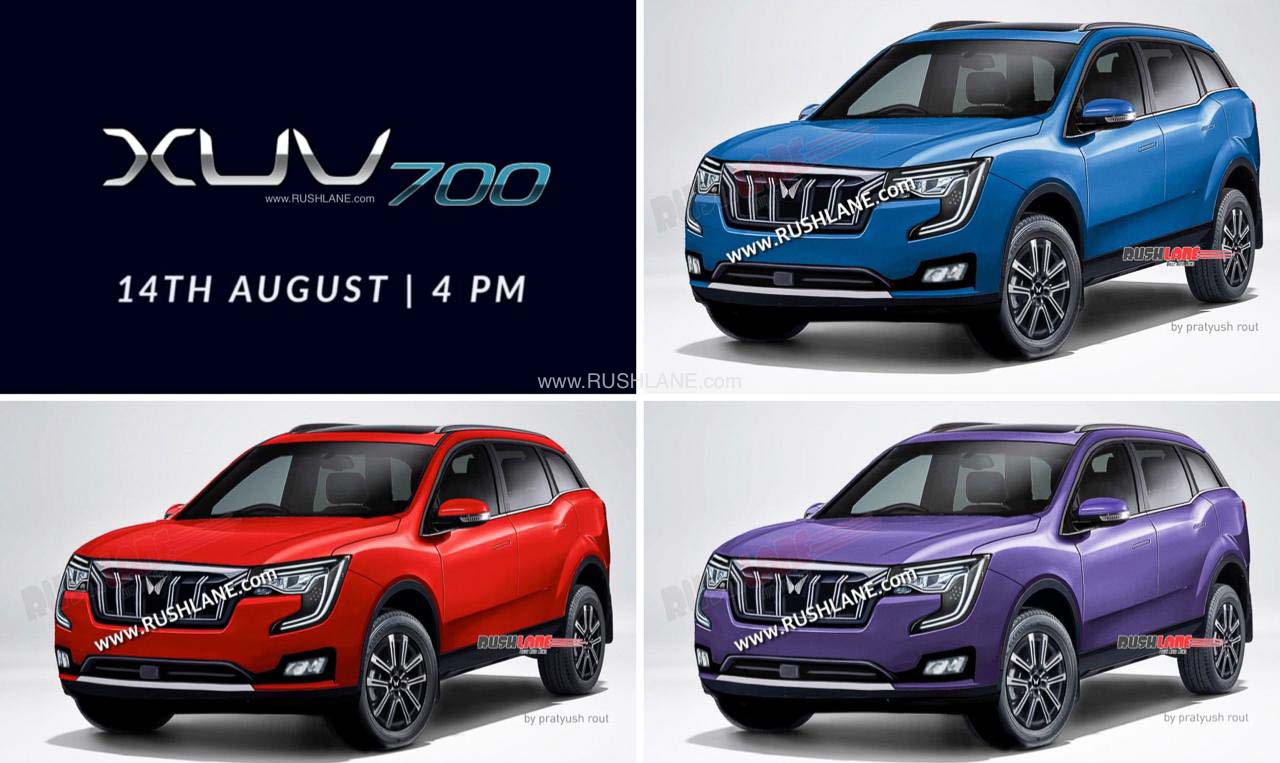 The wait is over – Fans waiting to see Mahindra XUV700, now is the official date

Mahindra is working hard to generate enthusiasm among the buyers ahead of the launch of the new XUV700. The automaker has released several teaser videos, some of which have drawn attention to its biggest segment sun-roof, auto booster headlamps and new company logo. Now Mahindra has released another teaser video, which finally reveals the first date and time of the XUV700.

Best-Kit SUV in the Segment

A new teaser video shows what Mahindra calls ‘Smart Filter Technology’. This filter promises to remove 99 percent of bacteria and 95 percent of viruses from the cabin air within the XUV700. This is a much awaited feature in cars today to make cabin air safer for the occupants.

Set to be the most powerful and feature-laden SUV in its segment, the Mahindra XUV700 will debut in India on 14 August 2021. It will be seen with some exciting features in the segment, which will include auto-booster headlamps, borrowing smart pop up door handles. Inspired by the Range Rover Evoque and the biggest panoramic sunroof that Mahindra calls the ‘Skyroof’. This panoramic sunroof measures 1360mm in length and 870mm in width. The XUV700 will also get Level-2 Advanced Driver Assistance System (ADAS) along with personal safety alerts.

There is also a well-integrated lever on the front passenger seat. This allows for forward and backward retraction of the seat as seen on the Tata Safari, also known as Boss Mode. Safety will include cruise control, multiple airbags, front and rear parking sensors, hill hold assist, tire pressure monitor and ABS and EBD.

Bringing voice AI capabilities to the XUV700, AdrenoX also developed in collaboration with Visteon, the dual screen on the XUV700 will sport the third generation Qualcomm Snapdragon Automotive Cockpit Platform with Cockpit Domain Controller technology. Along with the advanced hardware, various new features have been incorporated in the system to provide world class experience to the users.

It connects to Alexa for offline vehicle control as well as completely hands-free access to both information and entertainment. Users will also get access to Prime Music’s playlists, operate climate control and ambient lighting by simply instructing ‘Alexa’.

Mahindra XUV700 will share its engine options with the new Thar. These will include petrol and diesel engines mated to 6 speed manual and 6 speed torque converter automatic gearbox options. The 2.0 liter mHawk turbo diesel engine will make 185 hp power while the 2.0 liter mStallion turbo petrol engine will make 200 hp of peak power. The prices will be higher than the XUV500 range, as it is a more premium, more powerful and bigger SUV. Prices are expected to be in the range of Rs 17-23 lakh, ex-sh.