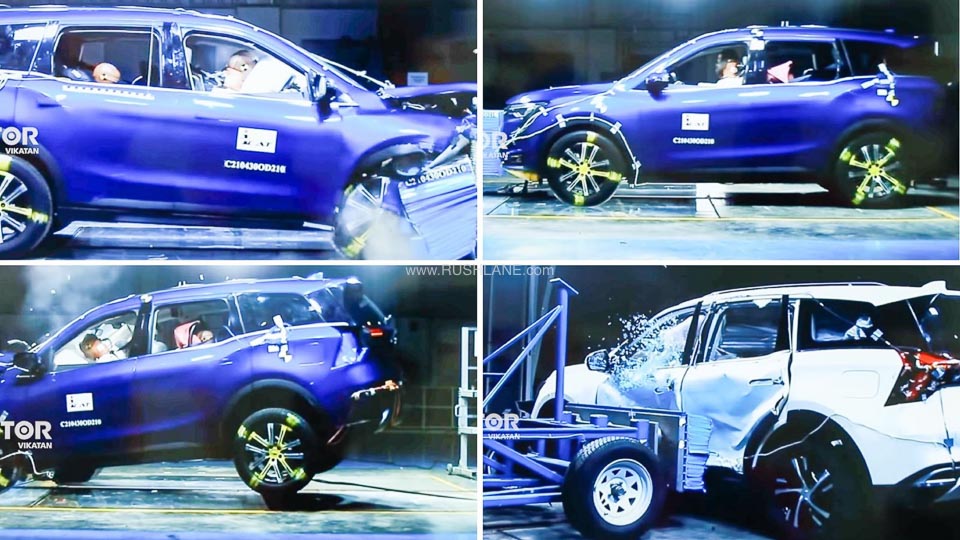 Mahindra can’t get enough praise for making it a truly world-class SUV in the form of the recently revealed XUV700. The SUV is considered to be an upcoming nightmare for its rivals and ticks almost every box required for a vehicle of its category. The carmaker now has another important box to tick that could prove to be the icing on the cake.

While the XUV700 SUV is yet to be crash-tested, it has started making the right noise about the safety of the car. As we know, the XUV700 comes with a host of safety features including seven airbags, ABS with EBD, rear parking sensors, rear parking camera with ADAS (Advanced Driver Assistant System) features that ensure the well being of the onboarders. . However, the key to safety is relying more on the car’s structural integrity, not on the fancy gizmos on offer.

In a series of videos uploaded by Motor Vikatan to YouTube, the safety structure of the XUV700 has been explained. The vlog reveals the process and various stages of development of the SUV’s safety. The early stages of development include simulations of different types of accidents. For starters, Offset Front Impact is analyzed which shows the emphasis on how the front end absorbs the impact from the crash.

Like most other parts of the monocoque frame based on the XUV700, the front end is made of advanced high-strength steel (HSS). Therefore, the energy from the impact is absorbed which deforms the front engine bay and distributes the resulting load in an orderly manner so that it does not intrude into the front compartment and cause damage to the occupants.

Similarly, for offset side impact simulation, intrusion-resistant material is used in the side body panels to prevent intrusion into the passenger area. Side and curtain airbags further enhance the safety. For impact towards the rear end, the long member and cross member absorb the impact energy. The tall members behind the rear bumper carry the maximum load by accident which also prevents impact energy from reaching the fuel tank.

Care has been taken that the rear suspension setup also does not enter the fuel tank, which can cause a fire hazard. Therefore, the suspension also absorbs some of the energy. The entire simulation analysis phase takes about nine to ten months.