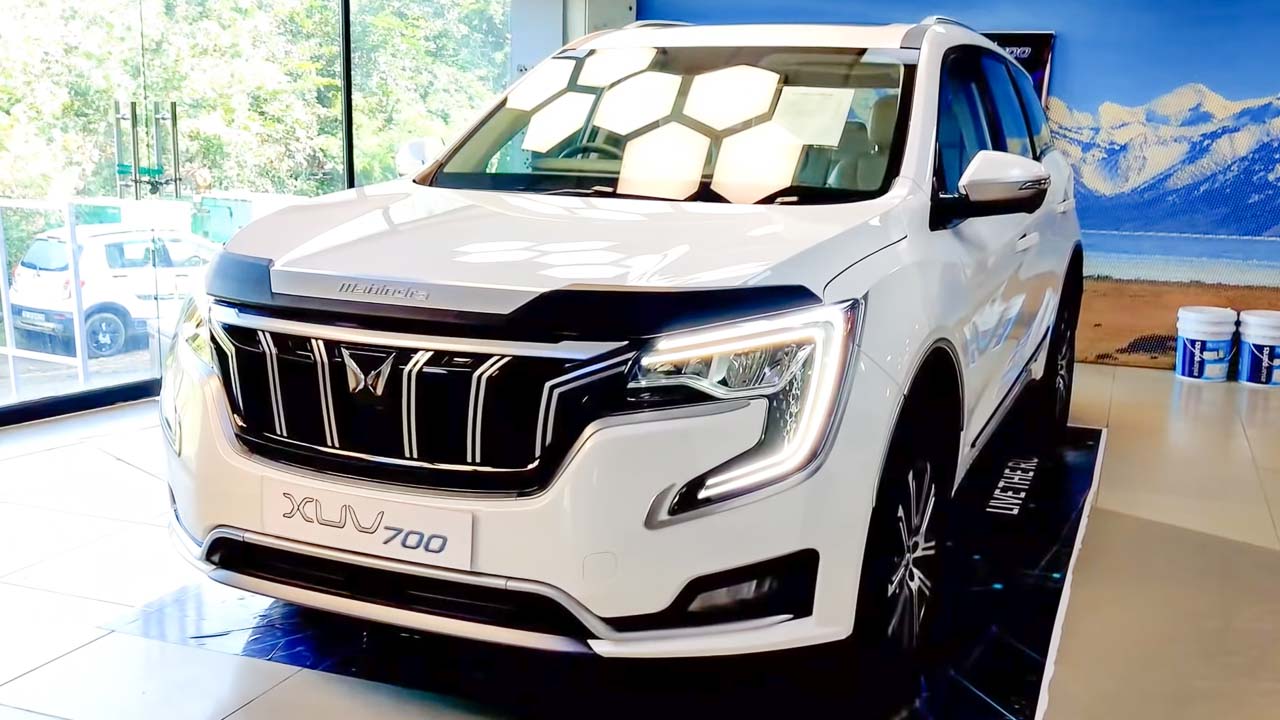 Mahindra XUV700 sales surpass those of Scorpio, Thar, Alturas G4 and Marazzo in its first full month in domestic markets

Mahindra’s total sales which includes PVs, CVs and exports stood at 41,908 units. Taking into account domestic sales only, the company sold 20,034 units last month, an increase of nearly 10 per cent as compared to 18,317 units sold in October 2020.

4 behind Maruti, Hyundai and Tata Motors, Mahindra registered a growth of 55.7 per cent MoM in sales at 12,863 units sold in September 2021. Micro-chips shortage affects the production schedule of every automaker in India and this supply shortfall is not expected to ease any time soon.

Mahindra saw the highest demand for the Bolero 7 seater compact SUV. In October 2021, sales stood at 6,375 units, which is 16.3 per cent lower as compared to 7,624 units sold in October 2020. Bolero ranked 14th in the list of best selling cars in India during the last month.

Mahindra has announced 65,000 bookings for the XUV700 in less than two weeks of launch. The company has started deliveries and in the last one month, 3,407 units have been sold. These deliveries included only the petrol variants while the deliveries of the diesel variants would start from the end of this month.

Reducing orders, Mahindra Scorpio at No. 4 was with 3,304 units sold last month, which is 16.5 per cent lower as compared to 3,961 units sold in October 2020. The 2022 Mahindra Scorpio is also on trial and the SUV is likely to hit the market sometime next year. ,

Mahindra Thar, which recently joined the company’s lineup, sold 2,692 units last month. The company sits on bookings that have crossed the 75,000 unit mark relating to a waiting period of around two months to almost a year depending on the variant. Mahindra is also working on a 5-door version of the Thar, which is expected to be launched in 2023.

Mahindra Alturas G4 and Marazzo are not getting much attention in terms of sales. In the last one month, the demand declined by 42 per cent and 98.3 per cent to just 40 units and 12 units, respectively. This was against 69 units of Alturas G4 and 737 units of Marazzo sold in October 2020. Verito sales increased from 1 units sold in October 2020 to 4 units in the previous month, while KUV100 sales declined by only 1 unit from 35 units sold. October 2020.