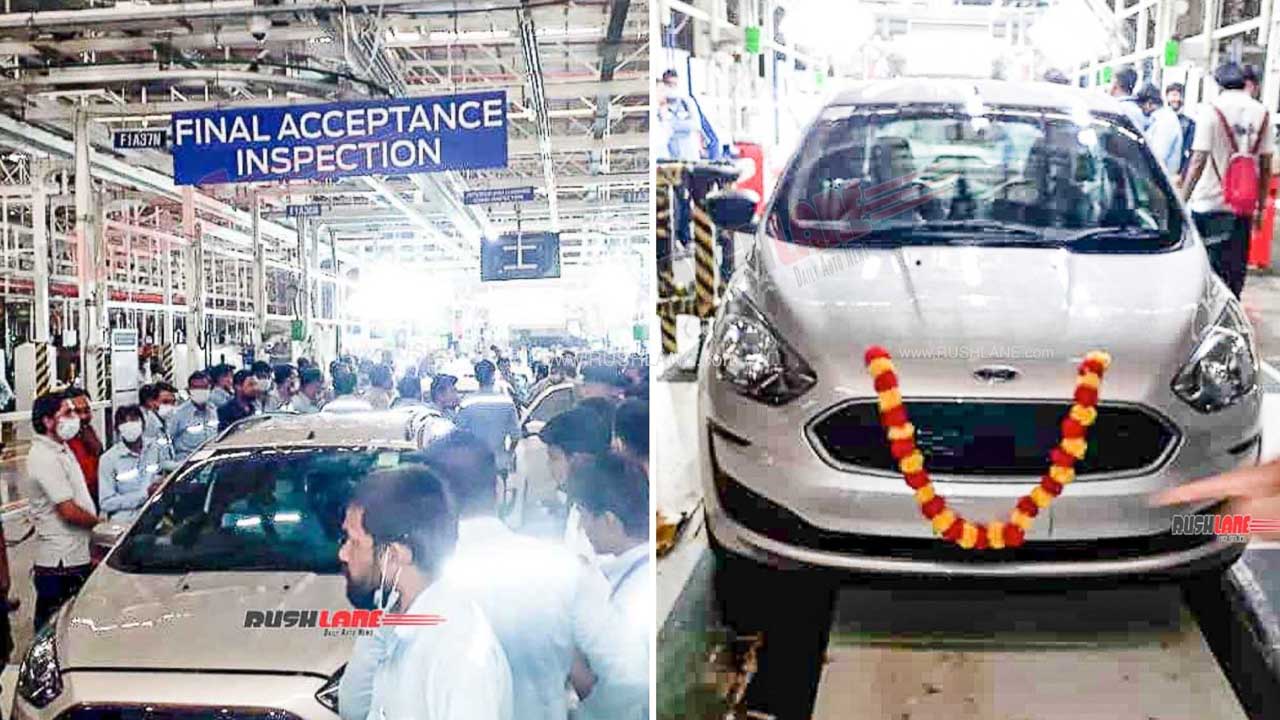 Last month, after a 25-year stint in the country, Ford announced that it would shut down all manufacturing activities in India. Despite being the first foreign carmaker to come to India, Ford failed to make a mark in the country.

Ford Motor Company, which recently manufactured 5 models locally, had a 1.7 percent market share in the passenger vehicle segment. These five cars were EcoSport, Figo, Freestyle, Endeavor and Aspire. Of these, the EcoSport was its best-selling model and the most exported car from India.

Although Ford announced its exit from the Indian market last month, production continued at a reduced capacity. With the last available/stocked parts exhausted, the production at the Sanand plant has also come to an end. According to Labor News, the last car has been rolled out from the Ford India plant in Sanand.

Ford manufactured the Figo, Aspire and Freestyle from the Sanand plant. These cars were built to challenge the dominance of Maruti Swift and DZire – which at one point were generating over 40k in sales per month. Ford cars never managed to compete with the Maruti twins in terms of sales.

Maybe that’s where the plan for Ford went wrong. Instead of going after market leader Maruti, they could have focused more on the segment where Maruti had no presence or less presence. The success of Kia Motor and MG Motor has shown us that it is possible to be successful in the Indian market with our very first car.

As Ford India shuts down its Indian operations and its Sanand plant in Gujarat and its Chennai plant, it has just been learned that the Chennai plant may be acquired by Tata Motors. Ford Group invested $2.5 billion in both these plants.

The Tata group, which has a strong presence in Tamil Nadu in software, tea, chemicals and power, is now set to acquire the Ford plant for its automobile production. If Tata Ford takes over the plant, it will be good news for thousands of workers and many others who were associated with Ford’s Chennai plant.