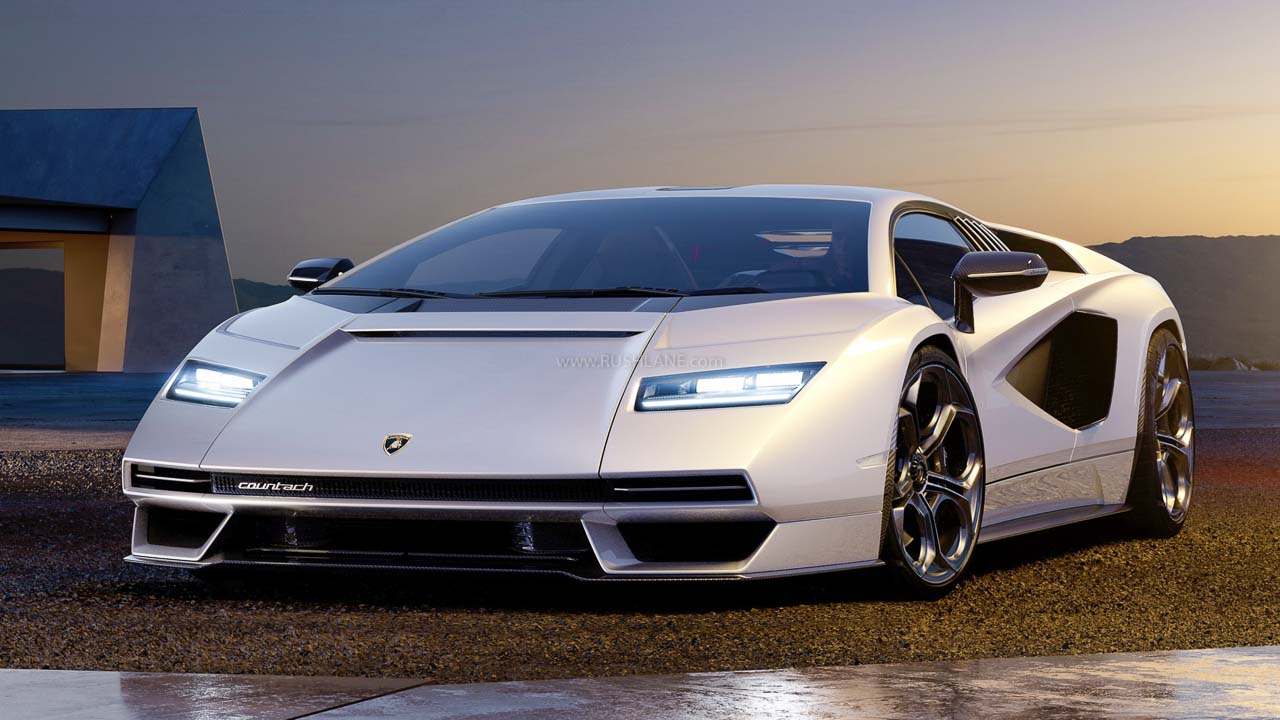 Lamborghini has traditionally not been known to look back in its history to create something new. However, on rare occasions, the Italian supercar maker has revived an icon from years past. 50 years after its debut, Lambo has brought back the legend Countach, that too in a retro avatar.

The Countach is widely credited with paving the way for all modern Lamborghinis as far as design and performance are concerned. Addressed as the Countach LPI 800-4, the latest iteration of the iconic hypercar based on the Aventador platform. Even though it’s every bit of a 21st-century Lamborghini, it represents a true retro-style homage to the original.

In addition, the new car has been revamped to explain what it would have looked like if the Countach had not been dropped from the Lamborghini lineup nearly thirty years ago. The new Countach retains its wedge shape from the original which is a good start. Design influences such as the distinctly sharp, single-lined silhouette are inspired by the original and most clean look of the LP500 Prototipo concept that debuted in 1971.

The heavily angled front end gets a barely visible horizontal grille borrowed from the LP5000 Quattrovalvole from the mid-80s. Pedigree-wise, the new LPI 800-4 does not feature pop-up headlamps as they were not seen in the original concept.

Instead, it gets a pair of contemporary upright square LED headlights. Also reminiscent of the original car, vertical ‘shark gill’ air intakes on the lower bumper and ‘telephone dial’ style alloy wheels.

Functional NACA air ducts on each side door panel not only enhance its hypercar look but are a key component to enhance the vehicle’s aerodynamics. The scissor-style doors, which are a Lamborghini staple, have also been carried forward in the revamped Countach.

Moving to the rear, the Italian supercar brand has got rid of the flat two-dimensional tail and replaced it with a more angular section. The rear bumper sports a hexagonal motif inspired by the original model. Also featuring a pair of three-part taillights with LED inserts and a four-pot exhaust. Another distinctive attraction are the Periscopio lines that run through the roof to the rear end of the car.

Inside the cabin of the latest Countach, a modern car of this class gets all the technical wizardry. This includes a driver-focused digital instrument display and an 8.4-inch HDMI center touchscreen that gets Apple CarPlay and other accessories. The dashboard, door trims, seat upholstery and side panel center console are all wrapped in red leather.

However, like every other Lambo, the focus is always on what lies under its hood. In the case of the new Countach, it gets a fire-breathing 6.5-litre naturally aspirated V12, paired with an electric motor with supercapacitors to increase acceleration and reduce emissions. The engine itself produces 769 bhp and 720 Nm of peak torque.

The electric motor draws energy from a 48V battery to put out an additional 34 bhp and 35 Nm of torque. When combined, the hybrid setup pumps out about 804 horses and all of that power is sent to all four wheels via a permanent all-wheel-drive setup. The result is a top speed of 0-100 kmph in just 2.8 seconds and a time of 0-200 kmph in 8.6 seconds. The top speed of the car has been kept at 355 kmph.