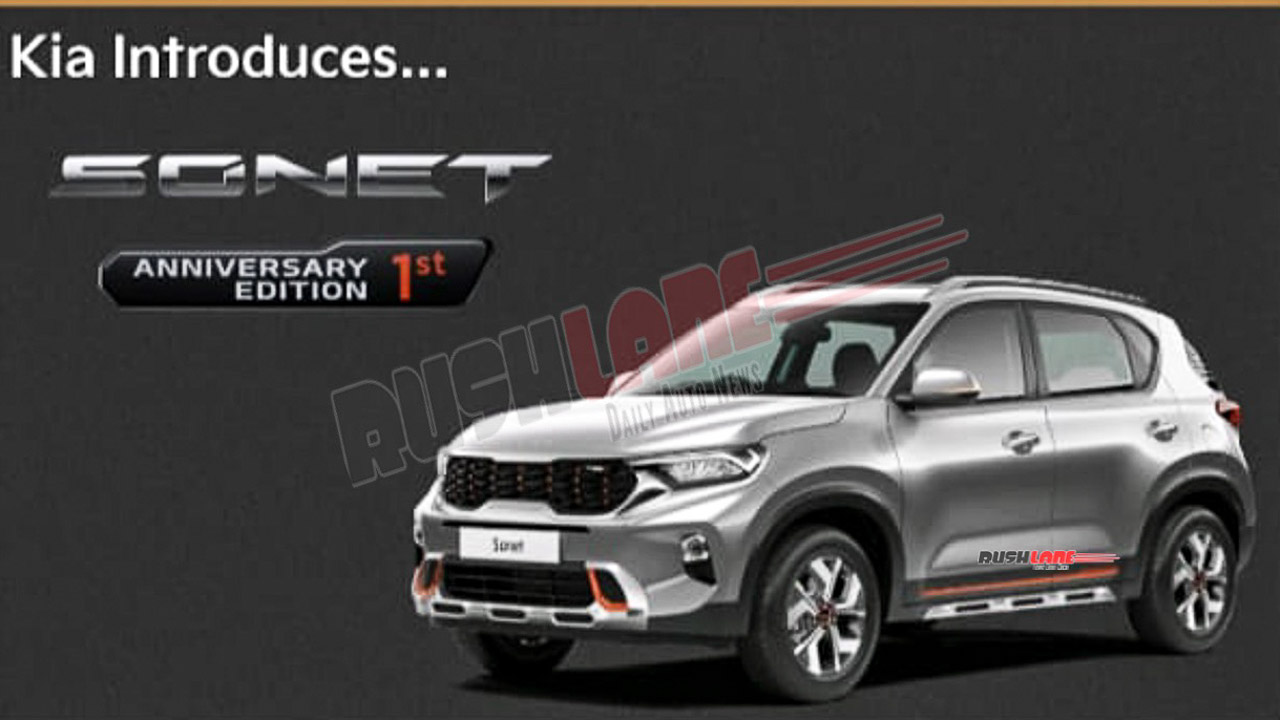 Kia entered the Indian automobile segment with the Seltos compact SUV in August 2020. The company introduced the Sonet sub-compact SIV, the Carnival luxury MPV in quick succession in September 2020 and August 2021 marked the completion of 1 year of sales.

There are many milestones in the 1st year of the success of the Kia Sonet. It achieved the title of being the segment leader in the first month of launch. The Kia Sonet has also recently reached the milestone of 1 lakh unit sales since its launch.

Apart from the 1 Lakh sales milestone, Sonnet has also completed 1 year in India. To mark the event, Kia will soon introduce the Sonnet Anniversary Edition; The details of which have been leaked on the web.

The Kia Sonnet Anniversary Edition brochure reveals that it will be offered in color options of Aurora Black Pearl, Gravity Grey, Silver Steel and Glacier White Pearl. It will be a limited edition model and will be sold for a limited period till March 2022.

The Kia Sonnet HTX AE will be manufactured along with the regular Sonnet and share some parts with the latter but with specially designed elements on its exterior and interiors. The leaked brochure shows its exterior with aurochs front skid plates with tangerine orange accents, a special anniversary edition emblem and Kia’s signature tiger nose grille with matching tangerine orange accents.

Though limited to a few feature updates, customers will not be able to upgrade their HTX variants to HTX AE at company dealerships. The dimensions of the HTX and KTX AE variants remain unchanged.

Boasting an auroch design, it may be mentioned that the aurochs, also known as the aurochsene, urus or urea, are an extinct species of large wild ox that was native to Asia, Europe and North Africa. The exterior of the Sonet AE looks like the same toughness. The interiors will also get a few design updates matching the Tangerine Orange color scheme, while the engine specifications will remain unchanged.

Share
Facebook
Twitter
WhatsApp
Previous articleRaj Babbar in support of Shahrukh Khan, wrote – I have known for a long time, the son of a fighter will fight
Next articleHum Do Hamare Do Trailer: A unique story about adopting parents, a funny twist of comedy
RELATED ARTICLES
Automobile