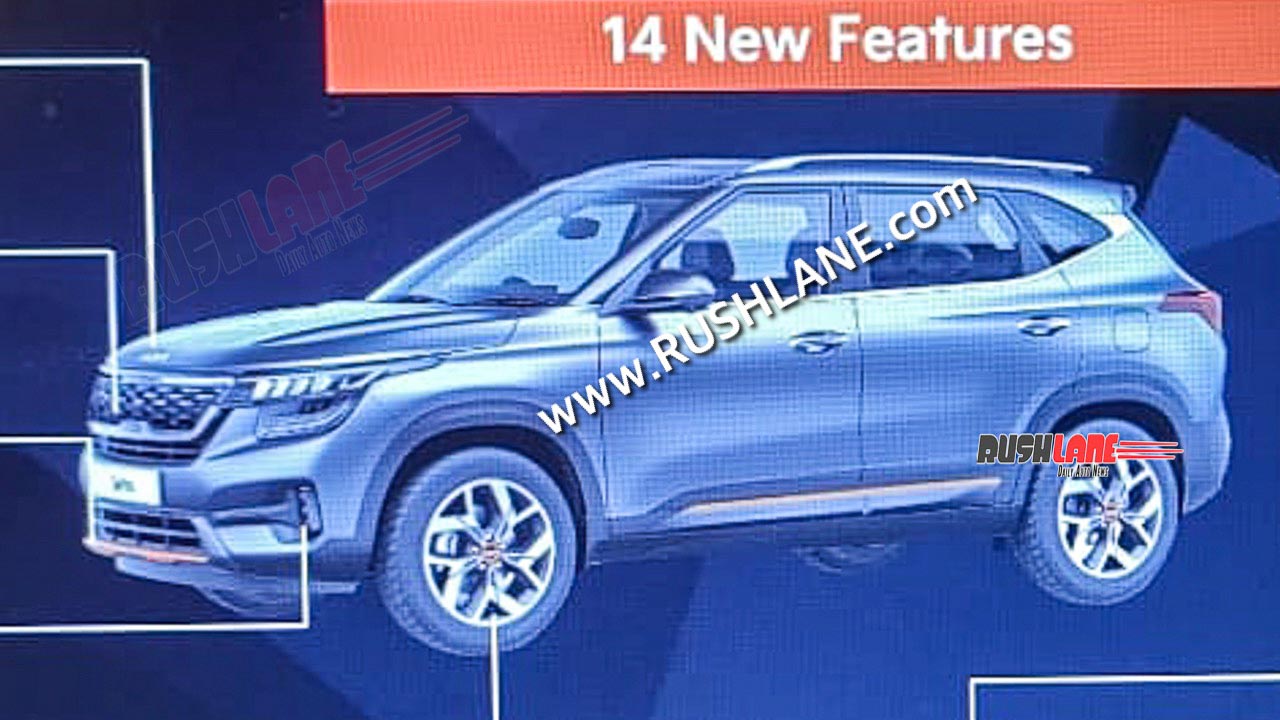 The Kia Seltos X Line will be the new top variant of the Seltos – it will sit above the GT Line and will have a dark exterior theme.

Kia recently teased the upcoming Seltos X line which is expected to be a sportier version of the standard C-segment compact SUV. The short teaser video released on YouTube by the South Korean carmaker labels it under the banner of Project X.

The upcoming range-topping version of Seltos will borrow most of its styling cues from the X-Line concept, which was showcased at the previous edition of the Auto Expo. Interestingly, this special edition model of the mid-sized crossover will not be a limited-run model unlike the anniversary edition that was launched last year in limited numbers.

In line with the X-Line concept showcased at the Auto Expo last year, the upcoming variant of the Seltos will adopt a dark theme, with most of its body accents blacked out except for the chrome applique along the sideboard. The SUV wears a new matte graphite paint scheme that is exclusive to the X-Line variant.

The front Seltos X line gets the same pair of LED headlamps, but the central grille gets the same matte graphite internals that are surrounded by a piano black outline. Apart from these, the front bumper gets gloss black trim with a faux skid plate in piano black. This special edition model runs on 18-inch crystal-cut matte graphite alloy wheels. The current Seltos variants are only offered with 16 or 17 inch wheels/alloys.

In addition, sun orange accents have been added to the fog lamp housing, front and rear skid plates, alloy wheels and side body cladding. The rear should feature a dark chrome bar that connects the two taillights with an X line emblem to differentiate itself from the rest of the lineup. A similar piano black finish has also been added to the tailgate garnish, rear skid plate, dual exhaust tailpipes and shark fin antenna.

On the inside, the new Kia Seltos X Line trim gets Indigo Pera leatherette seats with honeycomb pattern and gray stitching. The touchscreen, instrument cluster and other features remain the same as the GT Line Seltos. Those waiting for Seltos with a panoramic sunroof will have to keep waiting as this new X Line Seltos variant also does not get a panoramic sunroof. It comes with the same single pan sunroof as seen on the current Seltos variant in India.

In India, the Seltos is offered with three engine options – a 1.5-litre naturally aspirated petrol motor, a 1.5-litre CRDi diesel unit and a 1.4-litre GDi turbo petrol mill. The X Line variant of the Seltos will only be offered with the latter two options. The turbo petrol unit makes 138 bhp and 242 Nm of peak torque while the oil burner can make 114 bhp and 250 Nm of peak torque.

More importantly, this top-spec X Line trim will only be offered with automatic transmission options. The Seltos X line will be offered with a 6-speed torque converter and 7-speed DCT on the diesel and turbo petrol units respectively. The X Line version of the Seltos will be based on the top-spec GT variant. Hence, it will be equipped with all the bells and whistles of the regular models.

Seltos X line will be launched next month. However, on the occasion of Kia’s second anniversary in India, the SUV is expected to be officially revealed in the coming few days. The Korean carmaker forayed into India with the launch of Seltos on August 22, 2019. This is not the first time that Kia has used the X Line branding.

In late 2019, the carmaker introduced the X-Line Urban and X-Line Trail Attack concepts of the US-spec Seltos at the LA Auto Show. Both these models had a 1.6-litre turbo petrol motor that sent 174 horsepower to all four wheels. Alas, the India-spec Seltos X-Line will only be enhanced cosmetically and will not have any modifications under its hood nor will it offer an AWD setup.