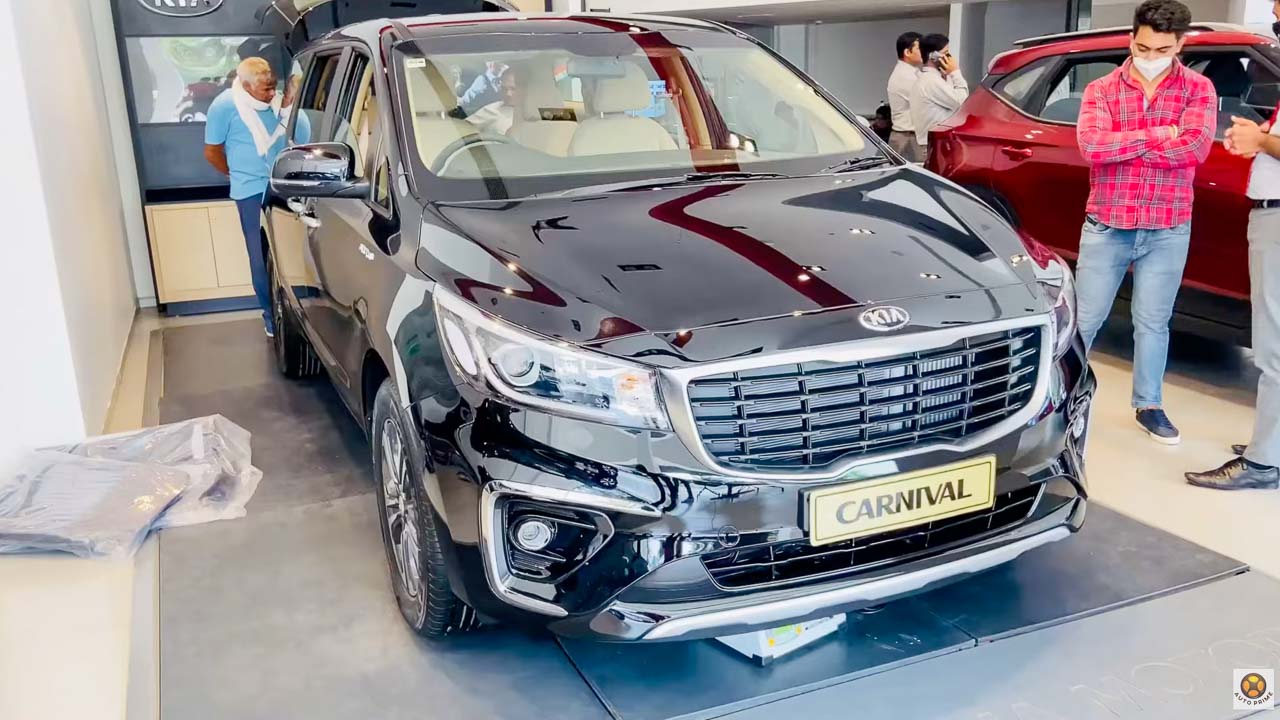 Kia India has launched a new variant of its flagship Carnival MPV – it comes with all 6 captain seats, 2 in 3 rows

Kia has been one of the most successful new car brands in India. In just two years of launching its first car, the company has turned profitable. Thanks to the Seltos and Sonnet SUVs, the total car production has crossed the 3 lakh mark.

The Carnival MPV doesn’t come anywhere close to the Seltos/Sonnet in terms of sales. But Carnival is also doing well in terms of its segment and price range. Kia sells the older generation Carnival in India, and it manages to sell around 400-500 units per month. To boost sales this festive season, Kia has now announced the launch of a new 6 seater Carnival.

The premium MPV was earlier available in seven-, eight- and nine-seat derivatives. With the addition of the 6-seater, Kia has discontinued the 9-seater iteration of the Carnival from the lineup, reveals the latest price list shared by the authorized dealer. The new 6 seater Carnival is priced at Rs 28.95 lakh, ex-sh.

The Korean carmaker sells the Carnival as a fully imported CBU (completely built unit) product and is offered in four trims – Premium, Prestige, Limousine and Limousine Plus. The six-seater variant will be offered only in the mid-spec Prestige. The addition of a new variant has resulted in a revision of the Carnival lineup.

The base Premium trim is available in seven and eight seater variants, while the Prestige is available in both six and seven seater derivatives. The Limousine and Limousine Plus trims are only offered in a seven-seat configuration. The company has also updated the prices of the existing variants, while the price of the upcoming six-seater variant of the MPV will be announced at the time of its launch.

With the introduction of a new 6-seater variant, Carnival now gets captain (individual) seats for all its passengers. It gets a larger boot capacity of 540 liters as compared to its seven and eight seater siblings. The boot space can be increased to 2759 liters by folding both the second and third row seats. Carnival’s multiple seating options provide consumers with optimum seating and spatial functionality.

Powering the Carnival is the only 2.2-litre diesel engine that produces 197 Bhp and 440 Nm of peak torque. This motor is mated to an 8-speed torque converter automatic gearbox. It has no direct rival in India and is positioned between Toyota Innova and Vellfire in the market.