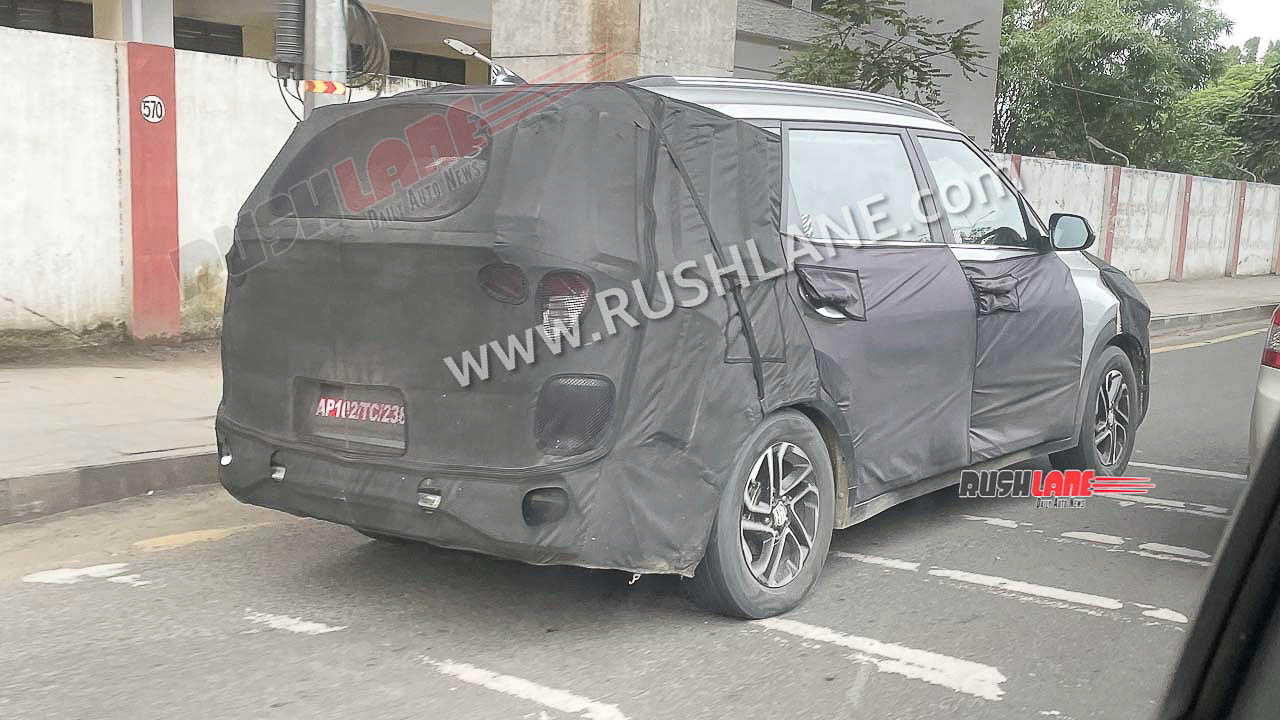 In order to effectively challenge the competitors like Maruti Suzuki XL6, Kia has equipped the Karens MPV with a wide range of features

Following its success in the sub-4-metre and compact SUV segment, Kia will target the mass market MPV segment, which currently houses the likes of Maruti Suzuki Ertiga/XL6 and Toyota Innova Crysta. Codenamed KY, Kia’s new MPV is all set to debut globally on December 16, 2021. In India, it is expected to be launched early next year. It is likely to be called Cairns, a name that the company has recently registered in India.

Test mules of Kia’s new MPV have been spotted frequently in recent times. A few days back, for the first time, part of the dashboard was leaked – where the 8-inch touchscreen infotainment system can be seen. It is worth noting that this picture has been taken from the mid variant of Kia Carens. The top-spec variant of the Kia Carens will feature a larger 10.25-inch touchscreen infotainment system. It will get support for Android Auto and Apple CarPlay.

It’s also clear that the control panel below the touchscreen has touch-based functions. This ensures a clutter-free look and feel for the center console. The only exception is the two rotary dials in a chrome finish located on the bottom of the touchscreen. The dials are fairly compact and don’t cause any visual discrepancies with the touch-based control setup.

Now, the interiors of the top of the Kia Carens MPV have been spied for the first time. Unlike the mid variant, the top variant gets a flat-bottom steering wheel with the mention of the car’s name – Carence. The automatic gear lever can also be seen in the spy shot. It should be noted that it is the export-spec version that has been spied on. Like the Seltos and Sonnet, Kia India also has plans to export the Cars.

The Kia Carens gets a digital instrument console with sporty highlighters. This is expected to be standard across all variants. The steering wheel can also be seen, which gets mounted controls. The top-spec variant of the Kia Carens will be equipped with a leather wrapped steering wheel.

Other key features that the Carens could expect include ventilated front seats, Bose audio system and automatic climate control. The Kia Carens will be available in both 6-seat and 7-seat variants. In the top-spec variant, all users will have access to separate USB-C ports. There will be two each in the front, middle and third row.

The ambient lighting on the dashboard, center console and doors is another highlight of the Kia Carens MPV. Users will be able to choose from different ambient lighting color options. The top-spec variant will get leather seat upholstery while the mid-variant will get standard fabric seats. A single-pane sunroof could be offered with the top-spec variant.

The Seltos platform will be used in the Carens MPV. It will get an all-LED setup with headlamps, DRLs and taillights. The LED headlamps will be available only with the top variant of the Carens. The length of seltos is about 4.3 meters, while the length of cairns can be about 4.5 meters. It will be longer than the Ertiga which measures 4,395 mm. The cairns are also expected to become taller and wider.

The Carens is likely to get the Seltos’ signature tiger-nosed grille. The MPV will make a strong road presence with its prominent bumper, circular wheel arch, thick body cladding and sporty alloy wheels. It is expected to get the same petrol and diesel engine options that are currently available with the Seltos with manual and automatic transmission options.