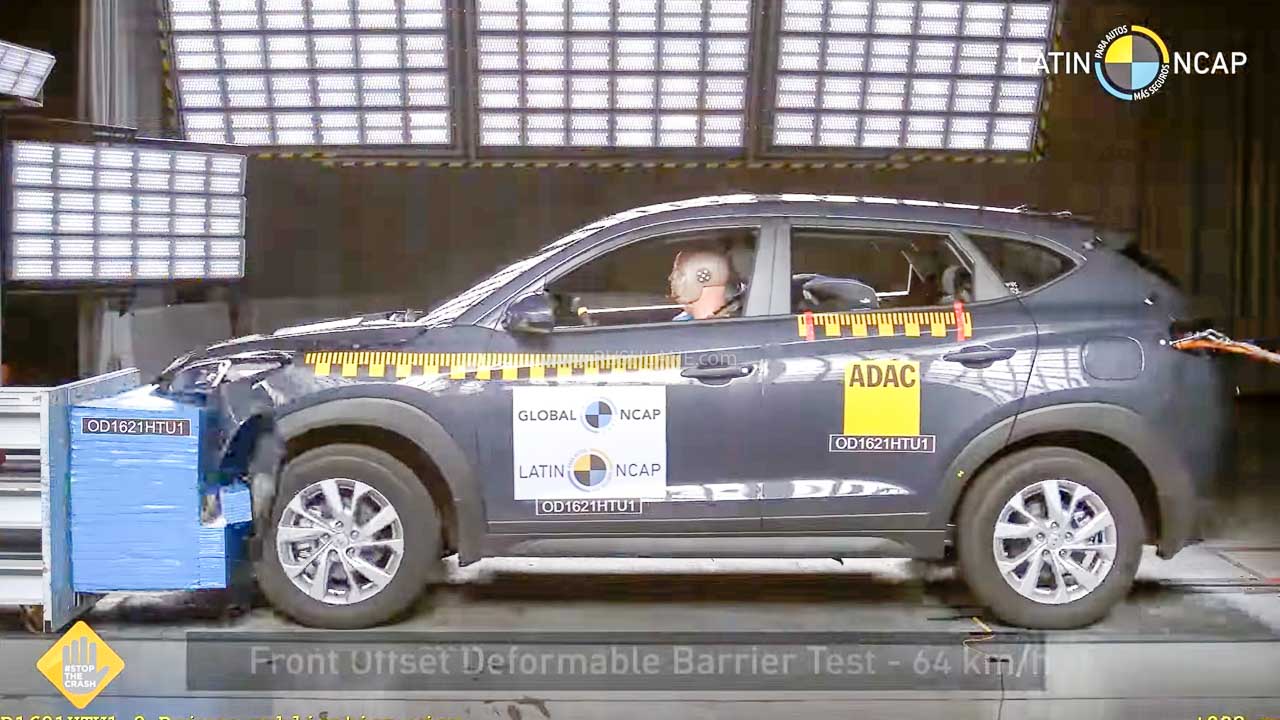 This is because the one tested earlier at the Euro NCAP was the new-generation Tucson while the one recently tested in the Latin NCAP is the older model of the SUV. The latter is still on sale in several international markets including India and hence this safety test is still important.

Latin NCAP revealed that it purchased the tested unit in February 2021 after official representatives of Hyundai in the three relevant countries confirmed that the new Tucson for Latin America was at least two years away. However, things have changed rapidly over the past few months as the new generation Tucson is expected to make its debut in several international markets in the coming months.

However, the driver’s knees were offered modest protection as they come into contact with dangerous structures behind the fascia. On the other hand, the front passenger’s knees showed good protection. The bodyshell was rated as stable and is able to withstand further loads.

Coming to the side impact test, head, abdominal and pelvis protection for on-boarders was good while chest protection was adequate. The older Tucson scored well in adult protection in frontal and side impacts as well as in whiplash protection. However, since the SUV did not offer side airbags as standard, it was not able to achieve a higher safety point.

The biggest concern was Tucson’s child occupier protection which was rated poorly. This was mainly for two reasons. Firstly, the SUV offers a lap belt only in the center rear seat and secondly, Hyundai refused to opt for Child Restraint System (CRS) for the tests. Pedestrian safety was rated on the overall average, while it scored poor on upper leg safety and low on head protection.

The older generation Tucson is currently offered in India with a price range of between Rs 22.69 lakh to Rs 27.47 lakh (both prices ex-showroom). This model will soon be replaced by a new-generation Tucson that has already been on sale in North American markets for over a year. Test mules of the new generation Tucson have also been spotted on the roads in our country.

Share
Facebook
Twitter
WhatsApp
Previous articleSeeing the feet of Shahid Kapoor’s wife, people made fun of it, now Mira Rajput responded by showing her bold look
Next articleTappu of ‘Taarak Mehta’ is about to leave the show! Know what producer Asit Modi said?
RELATED ARTICLES
Automobile