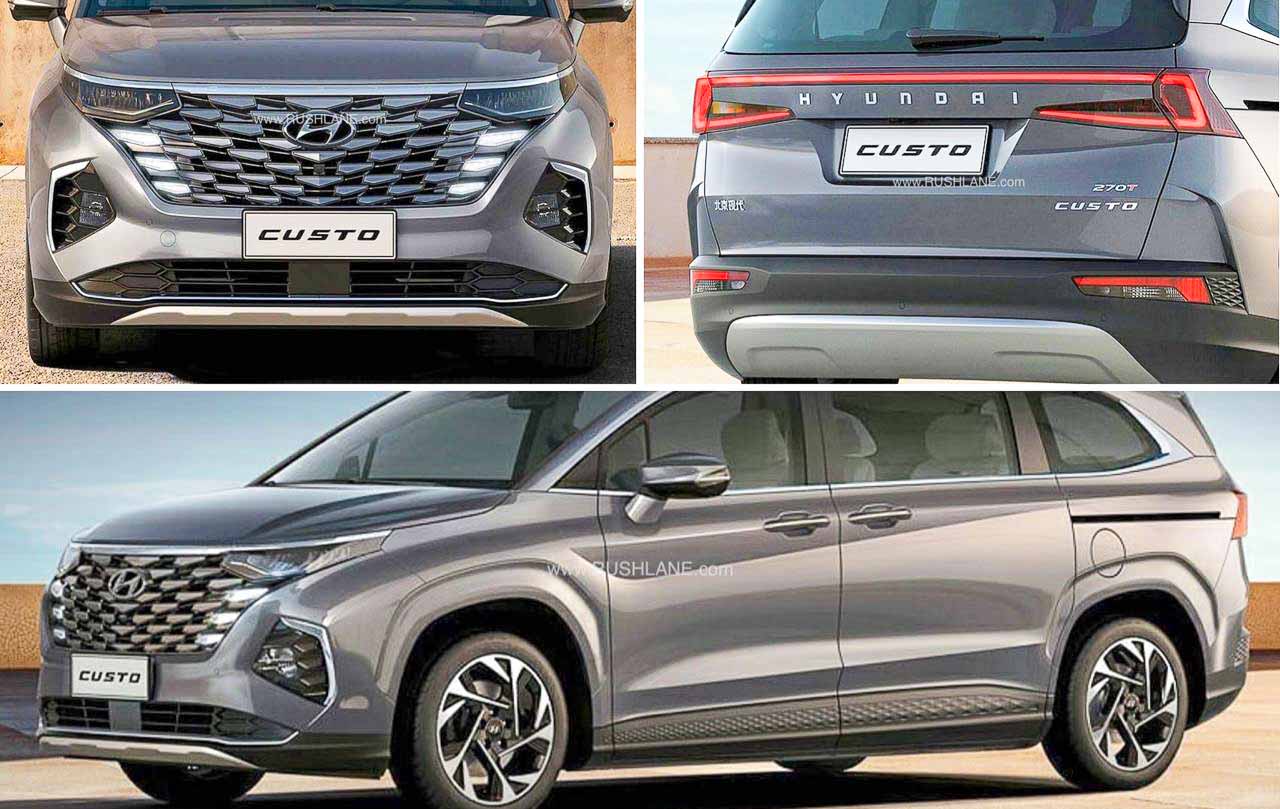 Hyundai’s upcoming premium MPV Custo has once again been leaked through an official image. This time though, the pictures are more detailed and also give an inside glimpse. The MPV will make its global debut in a few days and will be available for sale in China soon after.

The minivan is jointly developed by Beijing Hyundai and China’s BAIC Motor. Photos of Custo have been leaked online, thanks to Autonetmagz. The latest bunch of images reveal a lot about the upcoming car from its design and features.

Further, the Custo takes serious inspiration from its SUV cousin the Tucson with a parametric jewel theme on its front grille and integrated LED DRLs. There are slim LED headlights on either side of the chrome-laden 3D style grille.

There is a lot of chrome lining the grille, the lower lip of the bumper as well as the fog lamp housing. As mentioned in our previous story, its silhouette resonates more with the Kia Carnival with its sliding door design and edgy body lines.

However, the most attractive part is the dual-tone diamond-cut alloy wheels which look very premium and stylish. The rear end sports a pair of C-shaped LED taillights that connect to a thin strip of LED lights in the tailgate. Other exterior highlights include almost square wheel arches, roof-mounted rear spoiler, shark-fin antenna and a large bash plate on the rear bumper.

The details of its interiors can also be seen along with the images recently shared by Hyundai. The MPV is officially designated as a seven-seater with two captain seats in the middle row. The dashboard gets a minimalist design wrapped in premium quality soft-touch material and a large 10.4-inch touchscreen infotainment display in the middle.

The faux wooden touches on the dashboard, center console and door trims also add to the luxurious feel of the cabin. Other features include color TFT instrument console, automatic climate control, flat-bottom multifunction steering wheel and more. The safety kit on offer includes features like multiple airbags, ABS with EBD and a rear-view camera.

As far as the powertrain is concerned, it is expected that Hyundai will offer a 1.5-litre turbo petrol engine that kicks in 168 bhp under the hood of the Custo. The other option could be a 2.0-litre turbo petrol mill that can crank out 236 bhp and 353 Nm of peak torque.

Transmission duties will be handled by an 8-speed automatic gearbox as standard. The MPV is set to make its official debut at the Chengdu Auto Show, where all its details will be fully revealed. India is not expected to get custos. For India, Hyundai is working on a Creta-based MPV, which will launch in 2022.