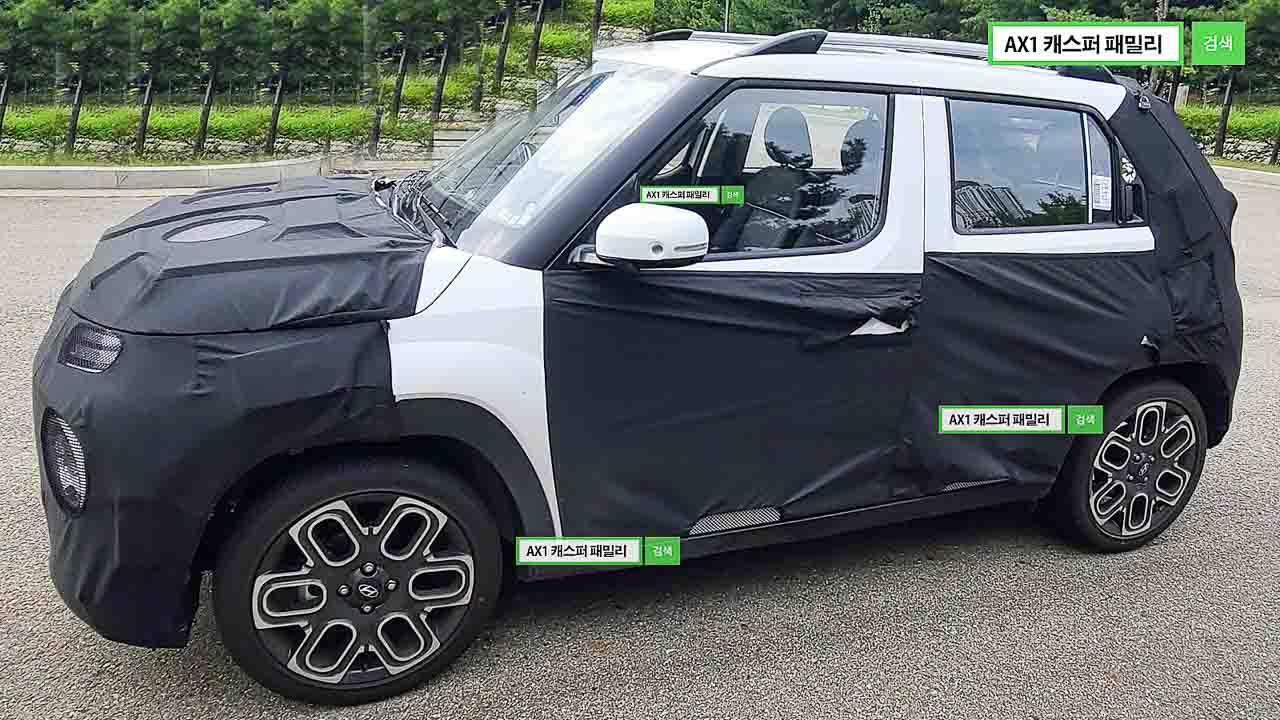 When launched in India, the Hyundai Casper will compete against other micro crossovers such as the Maruti Ignis, Mahindra KUV100 and the upcoming Tata HBX.

Hyundai’s upcoming Micro UV has been tentatively named as Casper. The latest development reveals that the production of the Micro crossover is expected to start in South Korea from September 15, 2021. Production will be carried out by Gwangju Global Motors (GGM) at its newly commissioned manufacturing facility.

For context, GGM is a joint venture formed by Hyundai Motor Company with a 19% stake. The company has shared a teaser of the upcoming crossover on social media which reveals its production plans. The South Korean carmaker will manufacture 12,000 units of the car at this plant in 2021 and 70,000 units next year.

Codenamed AX1 internally, the Micro UV will be first launched in its domestic market, followed by other international markets including India. However, an exact launch timeline is yet to be unveiled by the carmaker. Apart from this, other local media reports have also confirmed that the Capser will be underpinned by the K1 architecture that underpins other Hyundai models such as the Santro and Grand i10 Nios.

The AX1 crossover will measure 3,595mm in length, 1,595mm in width and 1,575mm in height. This makes it dimensionally smaller than Hyundai’s entry-level hatch Santro. The Casper will be the South Korean carmaker’s entry-level model in its extensive SUV lineup, which includes the Venue, Creta, Alcazar, Tucson and others.

As revealed by the leaked photos (credits to Cafe Never), it’s clear that the Casper will show off a very boxy silhouette with quirky design elements. These include round headlamps with integrated circular LED DRLs, a front grille with a triangular pattern, eyebrow-like LED turn indicators, without sporty alloy wheels and more.

On the inside, it was earlier seen in white color. But the latest photos show Micro UV in the black seats. A large touchscreen infotainment system, armrests for the driver, rear AC vents, multiple airbags, adjustable headrests, etc. are also on offer.

The latest reports also confirm that the upcoming UV will be powered by the 1.0-litre Smartstream naturally aspirated petrol engine. The unit can make 75 bhp and 95 Nm of peak torque and will be mated to a 4-speed automatic transmission as standard. In India, it is likely to be powered by a 1.1-litre naturally aspirated petrol motor that produces 68 Bhp and 99 Nm of torque.

The company may also offer a more powerful 1.2-litre petrol mill that produces 82 Bhp and 113 Nm of peak torque. Transmission duties will be done with either a 5-speed manual or a 5-speed AMT. In terms of features, Hyundai is expected to offer creature comforts like an 8-inch touchscreen infotainment unit with Android Auto and Apple CarPlay, a multi-information display, keyless entry, push-button start/stop and much more.