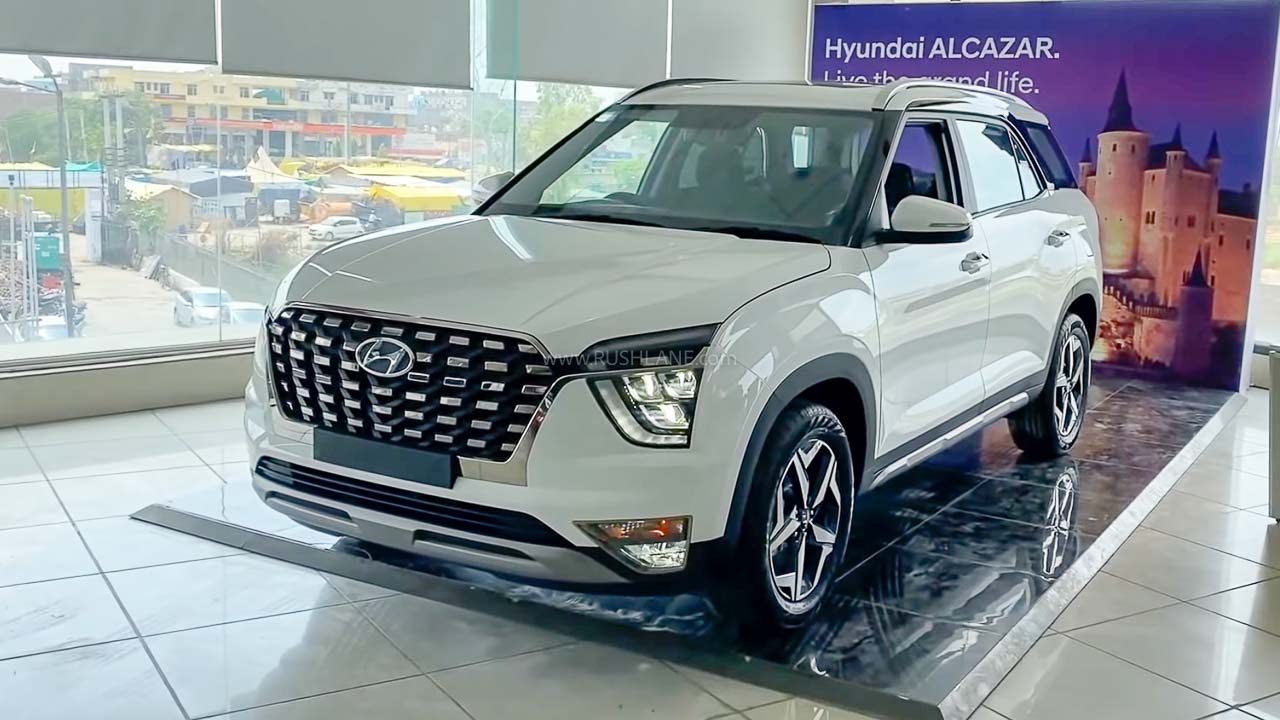 Hyundai launched the Alcazar SUV in June earlier this year at a starting price of Rs 16.3 lakh, going up to Rs 19.99 lakh ex-sh. It is still on offer at the starting price that was announced at the launch event.

The Alcazar is offered in both petrol and diesel powertrain options and in three variants – Prestige, Platinum and Signature. It gets eight exterior color options and a range of interior passenger comfort and technology features.

Hyundai India keeps updating its variant lineup from time to time. In September 2021, they introduced a new Platinum (O) 7 seater variant due to additional demand. But sometimes, they also delete/close certain variants.

Hyundai has dropped two of its entry-level variants that were on offer with the Alcazar SUV. Sources reveal that the Prestige 6 seater Petrol MT and Prestige (O) 6 seater Petrol AT have been discontinued/removed from the lineup. The exact reason for the removal is not clear. This is likely due to the low demand, as it is the higher versions that are in greater demand.

The Alcazar is based on the Creta. But their sales numbers are very different. In a good month, Creta manages to garner sales of over 12k per month. In comparison, sales for the Alcazar haven’t been that high. So far, Hyundai has shipped over 14k units of the Alcazar SUV across India, with an average dispatch of over 2.3k units per month.

Demand could also be impacted due to the pandemic and parts shortage issues faced by the global automotive industry. Except for May 2021, when the SUV was not yet on sale, October 2021 saw the lowest production of Alcazar SUVs at the company’s plant in Chennai. Alcazar SUVs made in India are also exported to other countries.

The SUV also gets three drive modes of Comfort, Eco and Sport and three traction modes of Snow, Sand and Mud. Hyundai Alcazar competes with Tata Safari, Mahindra XUV700 and MG Hector Plus in this segment.