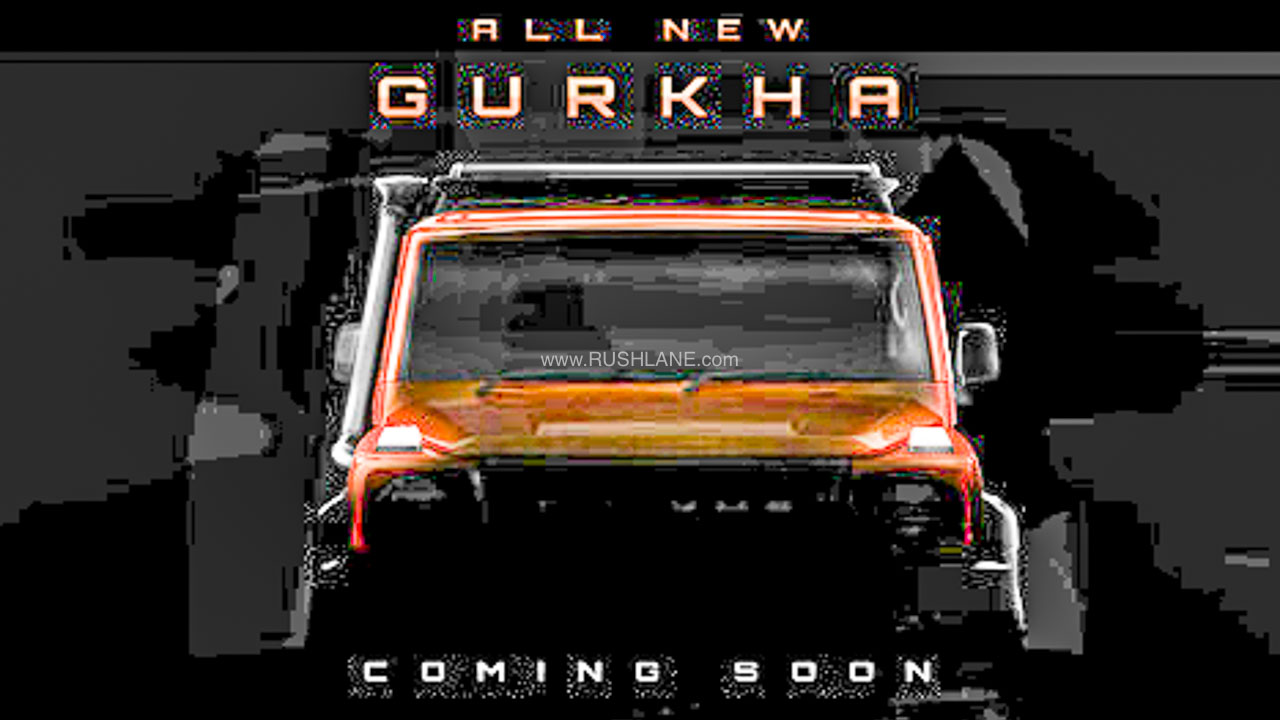 In addition to the three-door Gurkha, Force Motors is also developing a 5-door version of the compact off-roader

The new generation Force Gurkha made its first appearance at the last edition of Auto Expo held in 2020. Ever since then adventure enthusiasts have been waiting for the compact off-roader to be launched in the market. Sadly, its launch has been delayed due to various reasons, but mainly due to the pandemic caused by the outbreak of COVID-19.

However, it seems that the Force is now almost ready to bring out the latest version of Gurkha in the coming few weeks. Over the past few months, test mules of the upcoming Gurkha have been spotted on several occasions. The company today took to social media to admit that it will soon launch the new Gurkha.

The new 2021 Gurkha looks similar to its predecessor in design, with subtle cosmetic variations on the latter. The SUV has retained the signature rugged appeal synonymous with the Gurkha nameplate.

Up front, it gets a new front grille, which is surrounded by retro-themed round headlamps with circular LED DRLs. It also gets new fog lamp housings along with new reprofiled front bumpers. The SUV retains its boxy silhouette with straight pillars and a flat roof. Also, the strong appeal of the SUV is the thick body cladding around the wheel arches and door panels.

The flared wheel arches are flanked by newly designed 16-inch alloy wheels that are covered with thick profile tyres. A ‘Gorkha’ branding on the side further enhances its aesthetics.

The bumper and taillights at the rear have also been revised. Other exterior highlights include a tailgate-mounted spare wheel, a heavy-duty roof carrier and a snorkel, most of which will be offered as optional accessories. The new Gurkha will also offer new color schemes as options including dual-tone options with blacked-out roof.

The interiors of the SUV will also get a refreshed look with a restyled dashboard layout featuring a new touchscreen infotainment display. This unit will have Android Auto and Apple Carplay connectivity. Other features are expected like remote door locking, front power windows and manual air conditioning.

In the new model, more attention has been paid to the safety of the passengers. The off-roader now complies with the new safety norms made mandatory from October 2019. It gets an updated chassis and body shell which leads to better occupant protection. It is expected to include standard safety features like dual airbags, rear parking sensors and ABS with EBD.

In its latest avatar, the Gurkha will only be offered with a 2.6-litre diesel engine. The unit produces 89 bhp and 260 Nm of peak torque and will be mated to a 5-speed manual gearbox as standard.

A more powerful 2.2-litre oil burner that was earlier offered in its BS4 iteration could be included in the lineup at a later stage. It will also be offered with a low-range transfer case and manual differential lock with 4WD capabilities. Once launched, it will take on the Mahindra Thar. With Thar’s long waiting period, some customers may shift to Gorkhas.

Share
Facebook
Twitter
WhatsApp
Previous articleRandhir Kapoor’s talk happened a few hours before the death of brother Rajiv, said- ‘He was drinking at 2 o’clock in the night and ..’
Next articleRani Comes And Gives Veer A Shirt
RELATED ARTICLES
Automobile