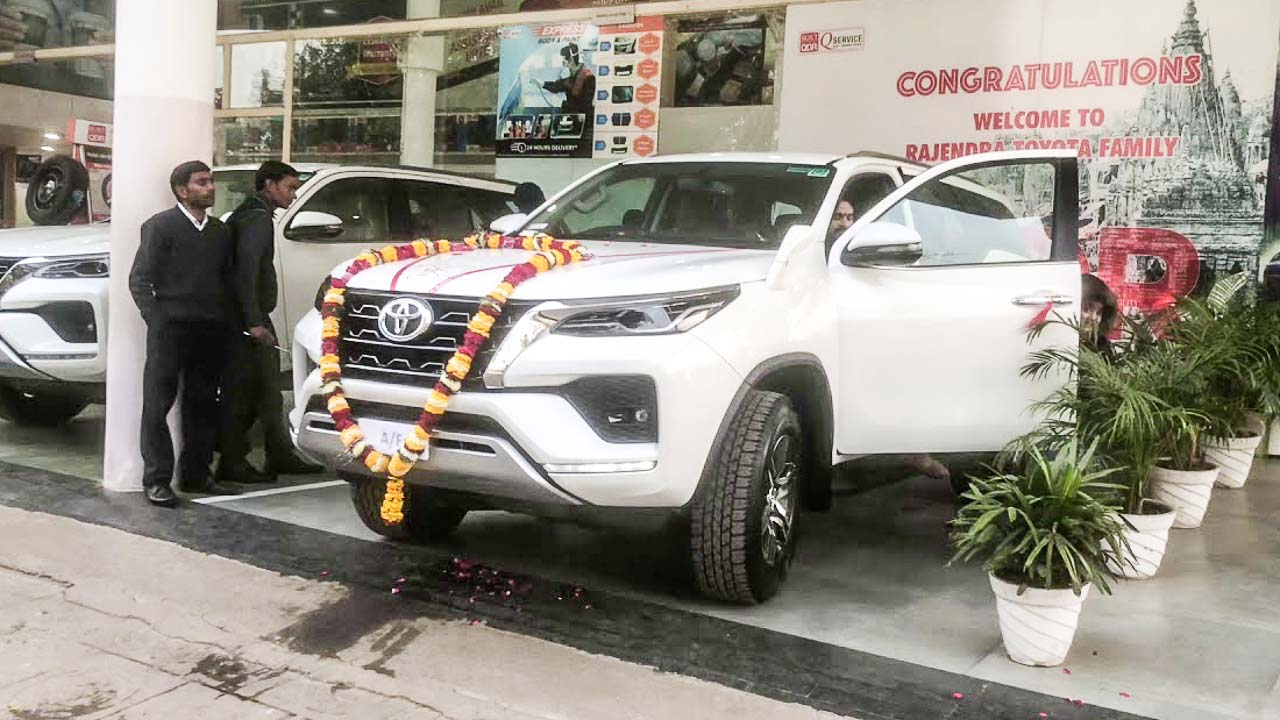 Toyota Fortuner leads the sales volume charts in the large SUV segment with an overall market share of 86.41 percent

With the advent of compact and subcompact SUV segments in the country, the market share of premium D-segment SUVs has declined. As of now, there are only four such offerings in the market as Toyota Fortuner, MG Gloster, Mahindra Alturas.
G4 and Hyundai Tucson.

The space has been weakened by the exit of Ford India and the closure of Endeavor, which was a strong player in the segment. Nevertheless, the segment witnessed a monthly sales volume of 2,134 units in November 2021, resulting in a marginal growth of 5.17 per cent.

During the same month last year, 2,029 large SUVs were sold across the country. The Fortuner topped the November 2021 sales chart with a registered volume of 1,844 units. Fortuner’s market share has reached a new high after the exit from Ford Endeavor.

In comparison, only 656 units of the ladder-on-frame SUV were sold in November last year, which translated to a year-on-year growth of 181 per cent. However, it saw a drop of 2.59 per cent in October 2021 with 1,893 units shipped. The Fortuner was surpassed by the Hyundai Tucson with a recorded monthly volume of 108 units. The sales volume in November last year and October this year stood at 76 units and 119 units respectively. This resulted in an increase of 42 per cent year-on-year and a decline of 9.24 per cent in MoM.

MG Gloster secured the third position with 102 units sold by the company last month across India. It reported a significant drop in sales, with YoY and MoM figures registering a decline of 83.73 per cent and 60.77 per cent respectively. MG sold 627 units of the three-row SUV in November last year and 260 units in October this year. Gloster sales were largely down due to a lack of parts.

Upcoming SUVs in this space

With Endeavor exiting the market, a vacuum has been left in the larger SUV segment. However, this will be compensated by the facelifted Skoda Kodiaq and Jeep Commander (Meridian), both of which will be launched in India in the coming months.

The premium segment of SUVs has always catered to a niche segment of buyers and has largely generated less volumes as compared to other niches in the PV segment. Even the induction of new models in this segment will not make any significant difference in the overall sales.

Share
Facebook
Twitter
WhatsApp
Previous articleAnushka Sharma was upset due to Vicky Kaushal and Katrina Kaif, wrote- ‘I have married now…’
Next articleMarriage at the peak of career, husband was accused of assault, Rati Agnihotri’s life was full of ups and downs
RELATED ARTICLES
Automobile