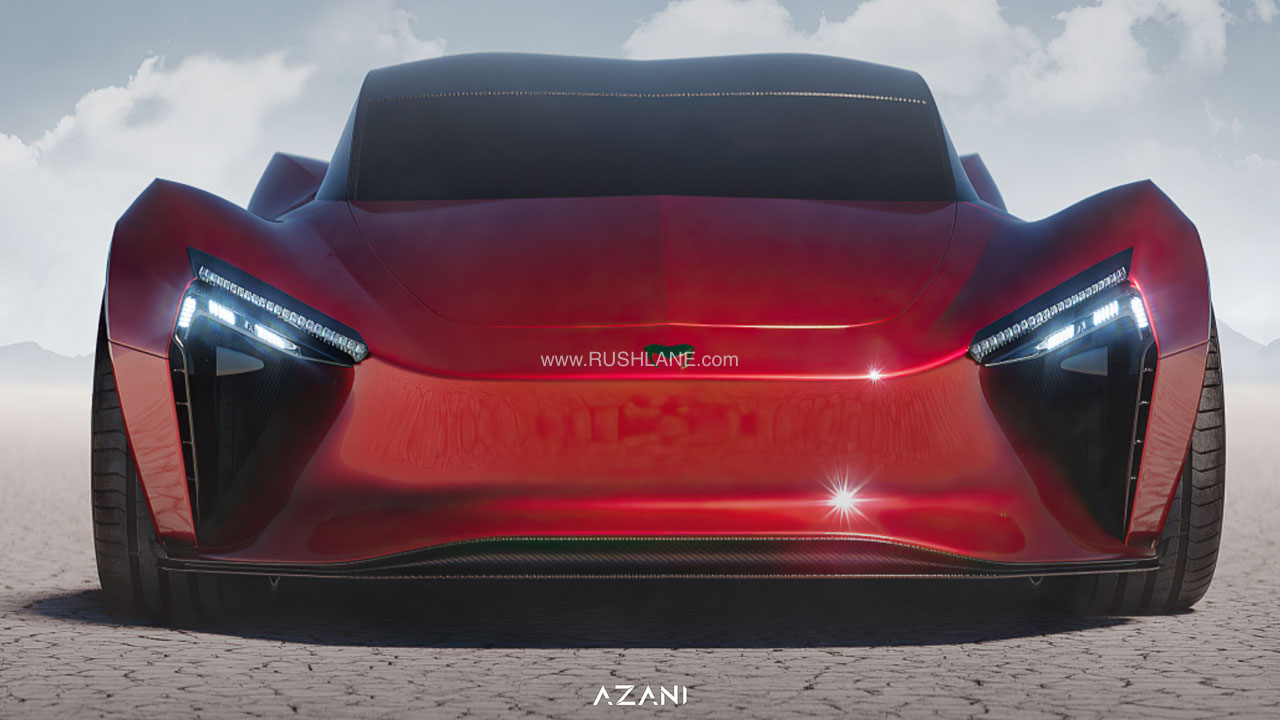 The MMM Azani is claimed to have a top speed of 354 kmph which will make it the fastest electric hypercar when it reaches production.

India is a famous car manufacturing hub, but making supercars is not our specialty. However, there are some Indian startups that want to change this perception. Mean Metal Motors (MMM), an electric vehicle startup based out of Bangalore has officially unveiled the prototype of its upcoming hypercar called Azani.

The hypercar is based on the M-Zero concept previewed by the company in 2015 and is touted as India’s first indigenously developed electric supercar. MMM now wants to go one step further by turning the Azani into a fully functional prototype. The EV startup has revealed the car in its full form along with some key specifications.

From the outset, the Azani looks like a supercar with an aerodynamic profile straight out of a sci-fi movie. The supercar is essentially a mid-engined two-door coupe that resembles the shape of a flowing stream. Some other styling highlights include LED headlamps with LED DRLs, flared wheel arches and a raised roof.

Once viewed carefully, the front part of the car resonates with the company logo on the bonnet. The interior details are yet to be revealed, but surely the company will try to create the atmosphere of a real race car. The Azani will be offered with a range of high-tech gizmos, but the highlight of the cabin will be the use of Artificial Intelligence (AI), manufactured in its micro-factory to increase efficiency and reduce costs.

These will also have over the air (OTA) updates. Other features to make it on the equipment list include advanced morphing seats, advanced telematics, augmented reality display, m-log integration and torque vectoring.

The Azani is built on a skateboard aluminum space frame chassis that is highly flexible and can be used in a variety of models. MMM claims that this modular platform will be built in one of its micro-factories, which will be installed at less than a fifth of the cost of a traditional automobile manufacturing facility. The modular components used are said to reduce supplier margins by 25 per cent.

Tapping on its performance, the Azani is said to be powered by an electric motor that can generate a whopping 1000 horses and 1000 Nm of peak torque. The motor will draw its energy from a 120kWh battery pack which can return a maximum range of around 530km on a single charge. Its top speed will be capped at 354MMMkmph, while it can accelerate from 0-60 mph (97 kph) in just 2.1 seconds.

Azani’s first engineered working prototype is expected to arrive in the second half of 2022. We expect more details to come by that time. The MMM targets Azani’s price to be around $120,000 (approx INR 89 Lakh). The startup is also working towards representing itself on Fundable, the world’s largest equity crowdfunding digital platform.