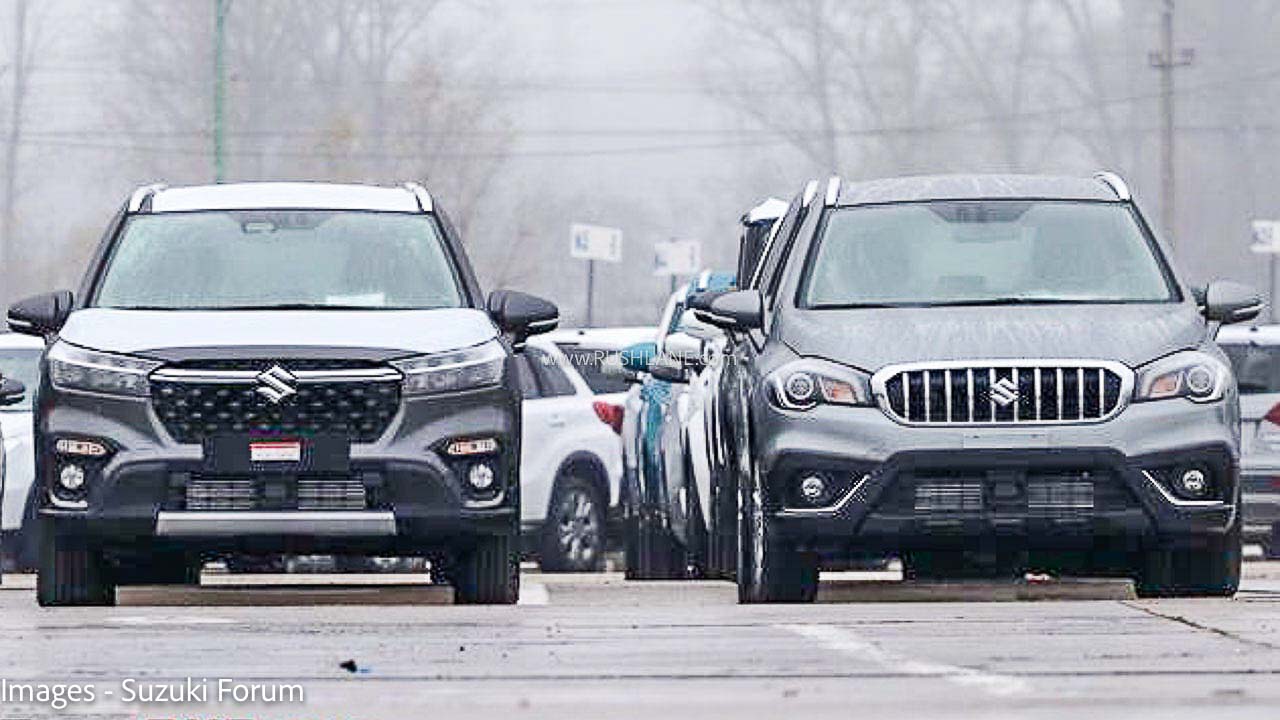 The new generation model of Suzuki S-Cross is becoming quite popular in the online world even before its launch this month. The spy pictures of the upcoming crossover have been doing the rounds on social media quite often in the recent times.

The new S-Cross has been spotted once again. This time the pictures are clearer. We get a good look not only at the front but also the sides and rear of the new generation SUV. Dispatch to dealers has started ahead of launch.

The grand premiere of the 2022 S-Cross is scheduled for November 25, 2021, after which it will go on sale in select European markets. After this, it will be launched in other international markets including India. Earlier this month, the Japanese manufacturer also released the official teaser of the SUV on its social media handle.

The recent spy images further indicate that the new S-Cross gets an upright SUV-ish stance as opposed to the low-slung stance of the crossover in the current model. That said, it is still a crossover with a gently sloping roof and a humpbacked rear profile. However, the overall design of the new S-Cross is completely different from its predecessor with several new elements.

For starters, it gets a completely redesigned front face with a new grille, on either side of which are new triple-beam LED projector headlamps that come with integrated LED DRLs. The headlight clusters are connected to each other through thick chrome trim adding to its premium appeal. It also gets a more muscular front bumper with new fog lamp attachments.

The silver colored faux skid plates at the front, blacked-out front grille, air intake vents and wheel arches and door sills give a very sporty look to the SUV with color contrast in the form of cladding. Taking a closer look, we noticed that the ORVMs are now mounted on the side panels instead of the windows which provide better aerodynamics.

The interiors of the new S-Cross are still a mystery but we expect Suzuki to enhance the equipment on the new model. The most notable addition to the facility is expected to be the Advanced Driver Assistance System (ADAS). It will come with a host of safety features like Lane Keep Assist, Park Assist, Cross-Traffic Alert, Autonomous Emergency Braking and Adaptive Cruise Control to name a few.

Internationally, the new-gen S-Cross is expected to be offered with two petrol engine options – a 1.5-litre K15B naturally aspirated unit and a 1.4-litre Boosterjet turbocharged unit. The first should suffice for 104 bhp and 138 Nm of peak torque and could be available with a 5-speed manual gearbox or a 6-speed automatic gearbox as an option.

The turbocharged mill puts out 127 bhp and 235 Nm of peak torque, while it is mated to a 6-speed manual or 6-speed automatic transmission. This engine will also be offered with Suzuki’s Allgrip 4×4 drivetrain. Also, Suzuki may employ a stronger 48V mild-hybrid system in the new S-Cross instead of the 12V unit in the current model which will ensure better maneuverability and greater fuel efficiency.