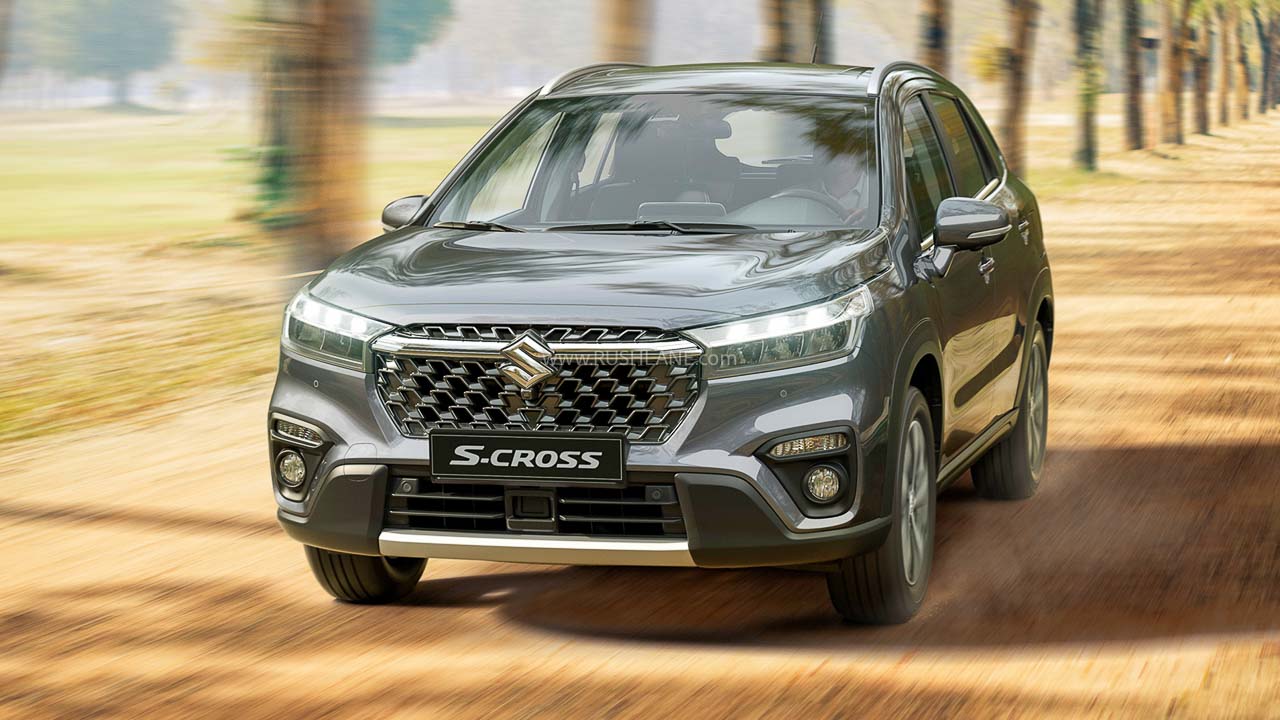 Suzuki has taken the wraps off the second generation S-Cross in Europe, which is expected to go on sale in select markets by the end of this year. Spy pictures of the new generation S-Cross have been doing the rounds on the internet for the past few weeks.

The upcoming iteration of the crossover gets a complete overhaul in design with respect to the current model. Units of the new S-Cross are expected to reach dealerships in Europe by Christmas this year, with deliveries expected to begin in the first quarter of 2022. The market launch in India is expected around the second half of next year.

Unlike the low-slung stance of the crossover in the current model, the second-gen S-Cross gets an upright SUV-ish stance. The front face of the S-Cross has been given a complete makeover and looks nothing like the outgoing model.

The new model’s fascia is dominated by a wider and blacked-out grille instead of the chrome-dipped multi-slotted grille in the current S-Cross. On the side of the grille are sleek tri-beam LED headlights that are connected to each other by a thick slate of chrome trim.

The LED DRLs are now located at the bottom in the new fog lamp enclosures. The bumper has been slightly reprofiled with a narrower air dam and a more prominent faux skid plate adding to its SUV appeal. Along with the side profile, the roofline gradually curves towards the rear and reminds us of its crossover features.

The squarish wheel arches and plastic black cladding around the door sills and roof rails that extend to the front and rear bumpers give a strong appeal to the new S-Cross. Like the front end, the rear end of the SUV gets a complete makeover with a new tailgate featuring a new wraparound taillamp. The silver colored bash plate on the rear bumper gives it a sporty look.

The Japanese carmaker has made serious efforts to make this Tour a modern offering with new equipment. However, the highlight is the Advanced Driver Assistance Systems (ADAS), which includes several safety features such as autonomous emergency braking, traffic sign recognition, lane departure prevention, and adaptive cruise control with stop and go.

The all-new S-CROSS gets 360 view camera and parking support functions like rear cross traffic alert. The interior has a three-dimensional shape which suits the character of a mighty SUV. The center console houses a large, multi-functional 9-inch HD display audio system that is compatible with Apple CarPlay and Android Auto and provides driving support functions such as vehicle information and camera image display.

At the World Premiere held online on November 25, 2021, President Toshihiro Suzuki proudly announced, “The all-new S-Cross SUV has been developed with our expertise and experience. In Europe, which is involved in environmental efforts. Leads the world, all of our passenger cars are hybrid, and we will be expanding our strong hybrid line-up from next year onwards. By the latter half of next year, the all-new S-Cross will also offer a robust hybrid and connected services that will provide customers with a wide range of services. Provides additional convenience and comfort.