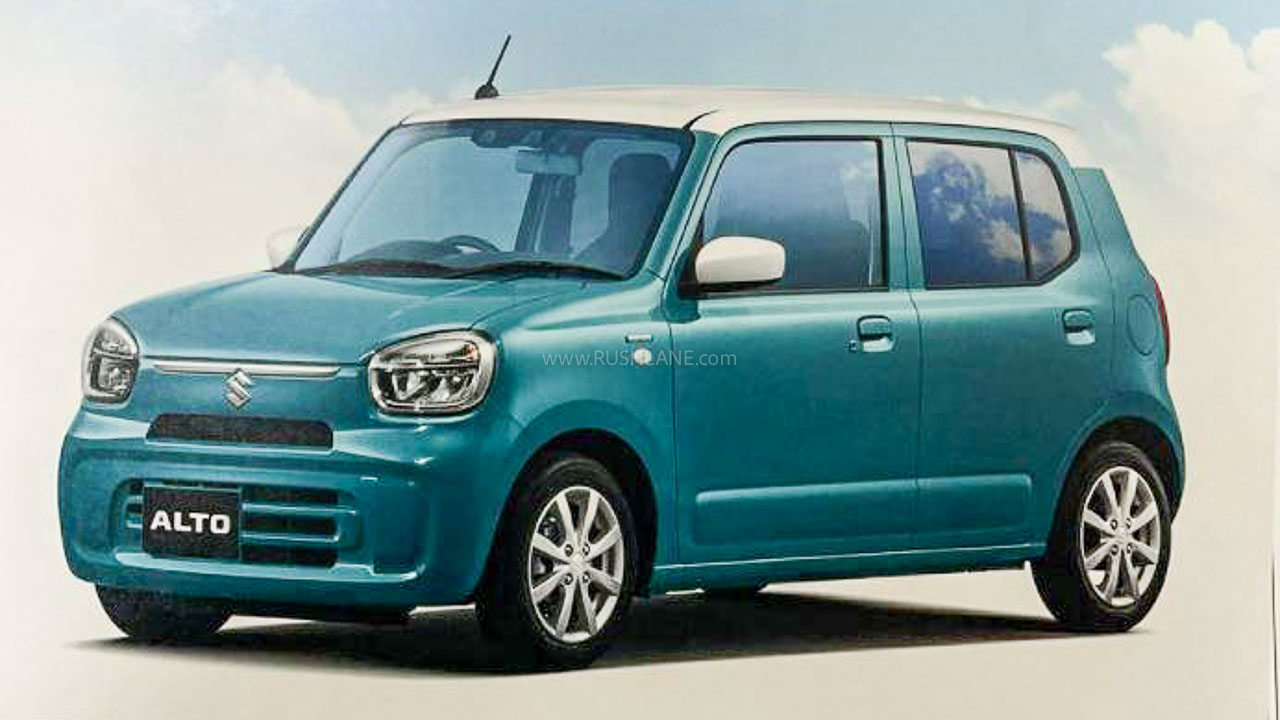 While Maruti develops the new generation Alto for the Indian market, parent company Suzuki is also preparing a new generation model for the Alto in its domestic market. Images of the upcoming Japan-spec Alto have surfaced on social media. The Micro Hatch in its Japanese form will be a completely different model from its Indian counterpart

The overall design is completely different from the India-spec Alto, which is expected to debut around the same time in the coming few months. The 2022 Japan-spec Alto is much boxier in profile with straight pillars and a flat roof. On the other hand, the India-spec Alto will be much more rounded around its edges.

From the 2022 Suzuki Alto brochure, it is seen that the small car gets a completely different front face that has a closed nose with a thinner slate for the radiator grille. It gets dual-beam projector headlamps upfront while the front fenders and bumpers are single units. The car also looks slightly longer and taller than the older model.

Wrapped in a dual-tone paint scheme, the new Alto gets a white roof and ORVMs and a blue tint for the rest of the panels in this leaked image. The hatchback is mounted on 14-inch multi-spoke alloy wheels. At the rear, the tailgate seems flat while the taillights appear similar to the older generation Alto model.

Inside the cabin, the Japan-spec Alto will feature a redesigned dashboard layout with a 7.0-inch touchscreen infotainment unit surrounded by AC vents that are oriented vertically. Other highlights include a semi-digital instrument console, a manual AC and steering-mounted audio controls. Expect these features to be offered in the India-spec model as well.

Powertrain specifications for the upcoming Japan-spec Alto are unclear, however, its India counterpart is likely to be powered by a 796cc, 3-cylinder petrol engine that produces 47 bhp and 69 Nm of peak torque.

This motor is mated to a 5-speed manual gearbox as standard. Maruti may also bring back the 1.0-litre K10 engine on the Alto which makes 67 bhp and 90 Nm of peak torque.

The 1.0-litre unit is mated to a 5-speed manual or a 5-speed AMT. A CNG-powered model of the Alto will also be made available. When launched, the new generation Alto will take on other entry-level cars such as the Renault Kwid and the Datsun redi-GO. The new-gen Alto will be underpinned by the latest iteration of the Heartect platform, just like the recently launched Celerio.