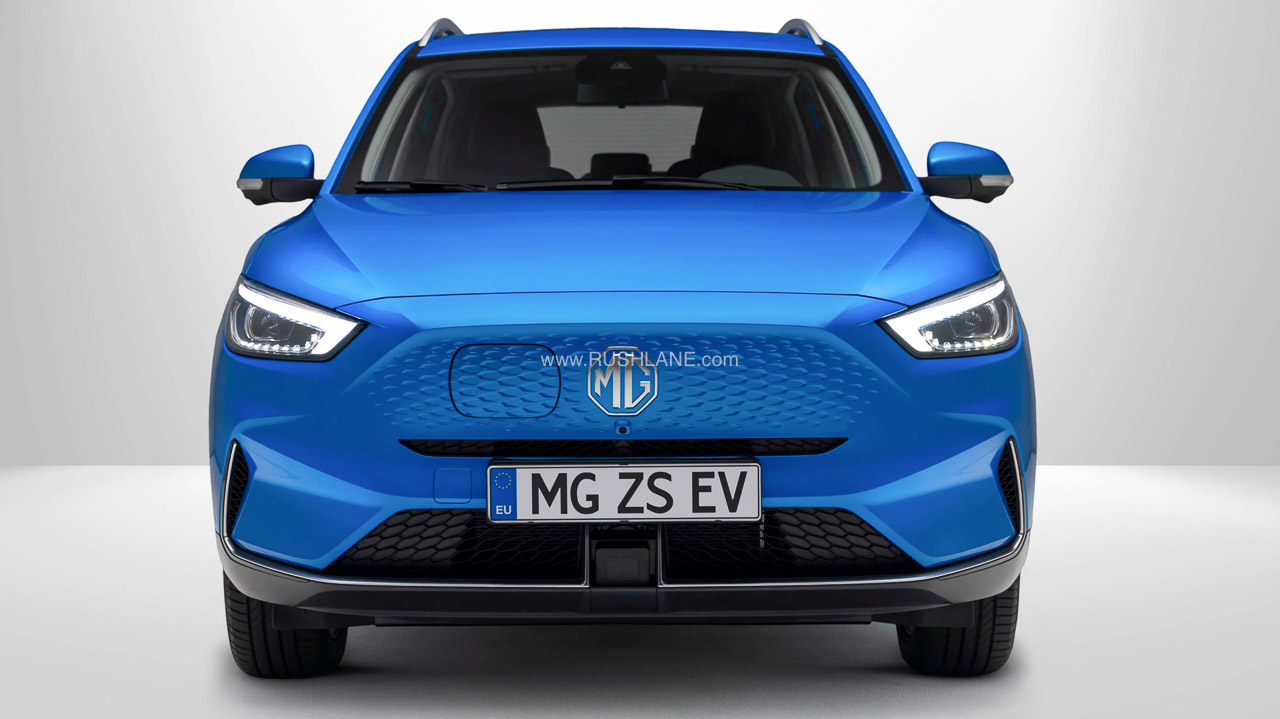 MG updated the battery pack of the India-spec ZS EV a few months back, which claims an ARAI range of 419 kms on a single charge.

MG is looking to expand its presence in the European markets as it has unveiled the new ZS EV facelift. For 2022, the electric crossover has received a mild makeover that includes subtle cosmetic updates but more importantly, gets an upgraded battery pack. It is expected to hit showrooms in the UK by November this year. The ZS is the electric version of the soon-to-be-launched Astor in India.

Apart from styling tweaks and electrical upgrades, the updated ZS EV gets a new range-topping variant called the Long Range. To start with its design, the electric SUV gets subtle changes in the design though the overall silhouette has been retained from the current model.

Up front, the facelifted ZS EV has ditched the chrome-surround grille in favor of a faux sealed grille, marking a clear distinction between itself and its IC engine-powered sibling. It is surrounded by sleek LED headlamp units on each side which are similar to the petrol-powered counterpart Astor recently unveiled in India. It also sports front and rear bumpers, a new alloy wheel design and slightly redesigned LED internals for the taillights.

Like its exterior, the interior of the cabin of the 2022 MG ZS electric facelift does not get any major changes. The dashboard layout remains the same as the outgoing model. However, it gets an updated fully digital instrument console along with a new 10.1-inch touchscreen infotainment display.

The infotainment system is compatible with Android Auto and Apple CarPlay. It is also equipped with MG’s iSmart platform which offers a wide range of connected car features.

More significant updates have been made to its battery options. The updated ZS EV will be available in two derivatives – base and long-range. The base variant of the electric crossover now gets a larger battery pack of 51 kWh instead of the 44.5 kWh unit. The new battery pack offers a range of 320 kms on a single charge as compared to 263 kms in the old base model.

The longer range variant gets an even bigger 72 kWh battery that offers a range of 439 km on a single charge per WLTP cycle. Both the variants are offered with an 11 kW AC charger as standard. In addition to this, MG has integrated a four-stage LED indicator in the charging port offset to the right of the brand logo on the nose to indicate the charging status.

The company claims that the long-range variant can be fully charged in ten and a half hours using a standard AC charger. Using a 100 kW DC fast charger, the battery can be rejuvenated from 0-80 percent in just 42 minutes. There has been no change in the motor specifications of the car.

The long-range variant has been priced at €34,990 (INR 30.34 lakh), while the base variant is expected to go on sale next year at a price of €30,990 (INR 26.87 lakh). The facelifted ZS EV is unlikely to hit the Indian shores anytime soon. It is expected to arrive in India by the end of next year. It may be renamed MG Astor Electric or MG Astor EV.