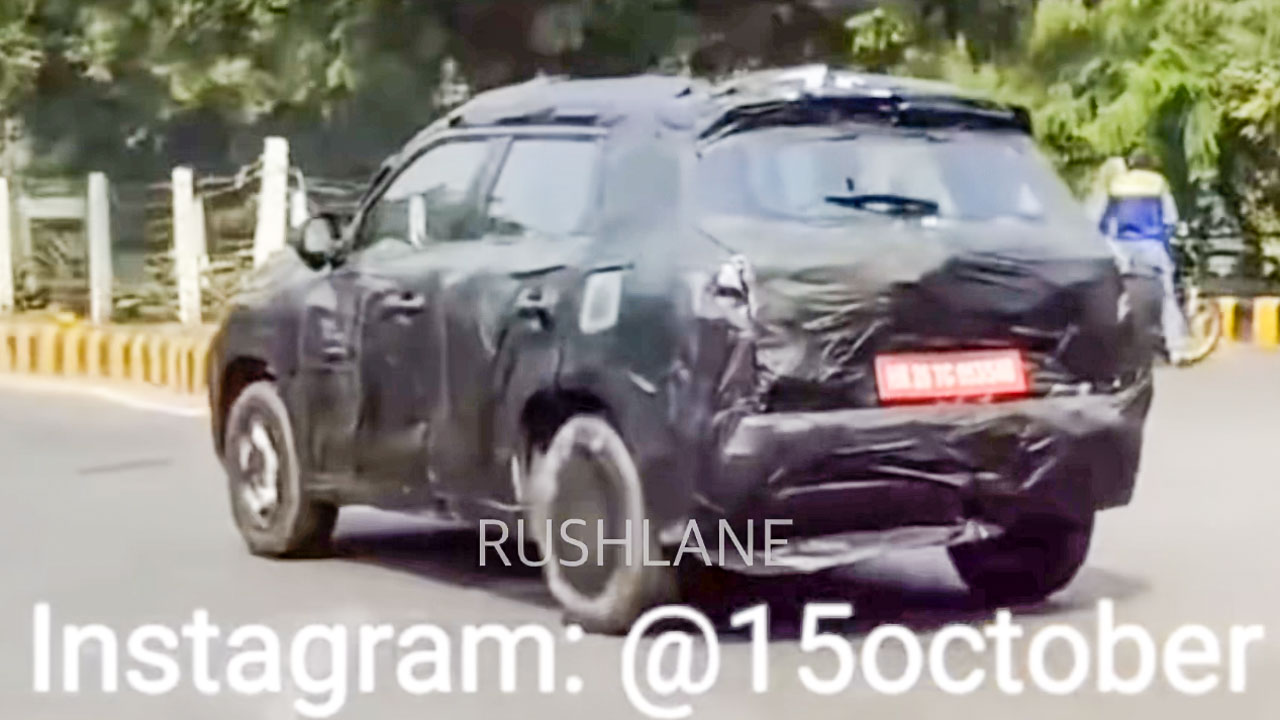 Launched in 2016, the Maruti Brezza sub 4 meter SUV has always been a brisk seller. However, the competition in this segment has increased manifold over the years, and Maruti cannot rest on its reputation. With the launch of new SUVs in the segment like Nexon, Sonet, Venue, even Kiger and Magnite – Brezza has started to look old. Not only in terms of looks, but also in terms of features it has to offer.

Maruti Suzuki India knows this very well and has been working on the new generation Brezza for quite some time now. Now, the 2022 Maruti Brezza New Gen has been spotted road-testing for the first time, suggesting that the automaker is well on track for an unveiling sometime next year. It was spotted by automotive enthusiast Puneet Bhatia while it was on trial wearing heavy camouflage.

The next-generation Maruti Vitara Brezza prototype was heavily disguised to hide its production-ready body panels. While the headlamps, grille and taillight cluster are still incomplete, the Mule gives us a good idea of ​​what to expect from the exterior design. Simply put, the exterior styling of the new Brezza will be an evolution of the design language of the existing model.

The compact crossover SUV retains its proportionate and boxy profile without any dramatic surfaces. Adequate greenhouse area and a thick C-pillar are just two of the many elements that are carried forward without change. Of course, the Venue rival will incorporate significantly relaxed front and rear fascia to reflect the brand’s new design philosophy.

Though the spy video doesn’t clearly render the interior, we expect Maruti to undergo a complete overhaul to keep up with the trend. A streamlined dashboard, which is dominated by a large touchscreen, will attract potential customers of the crossover. Improvements in packaging and storage are also likely to be on the cards.

Needless to say, the next generation Maruti Vitara Brezza will offer quite a rich equipment list. It is also expected that the market will move up a bit as far as the situation is concerned. Multiple airbags, a comprehensive infotainment and connectivity suite, automatic climate control and superior material quality will make it an attractive proposition.

The Baleno is likely to be based on an improved version of the modular architecture, with the next generation Maruti Vitara Brezza expected to offer better power. We expect this to translate into a 5-star crash test rating (the current model has a 4-star rating in Global-NCAP tests).

Coming to the engine options, Maruti is expected to retain the 1.5-litre K15B petrol unit that drives the front wheels either mated to a 5-speed manual or a 4-speed automatic transmission. The SHVS mild-hybrid system is likely to be upgraded to a 48V system. This will translate into better conductivity and better fuel efficiency.

The next generation Maruti Vitara Brezza was expected to be showcased at the 2022 Auto Expo as a near-production concept. But the Auto Expo has now been postponed indefinitely. So it’s unclear whether we’ll get to see a concept before an actual production car. Expected to launch in Q3 2022 around the festive season. The new model should strengthen the brand’s strong position in the highly competitive segment.