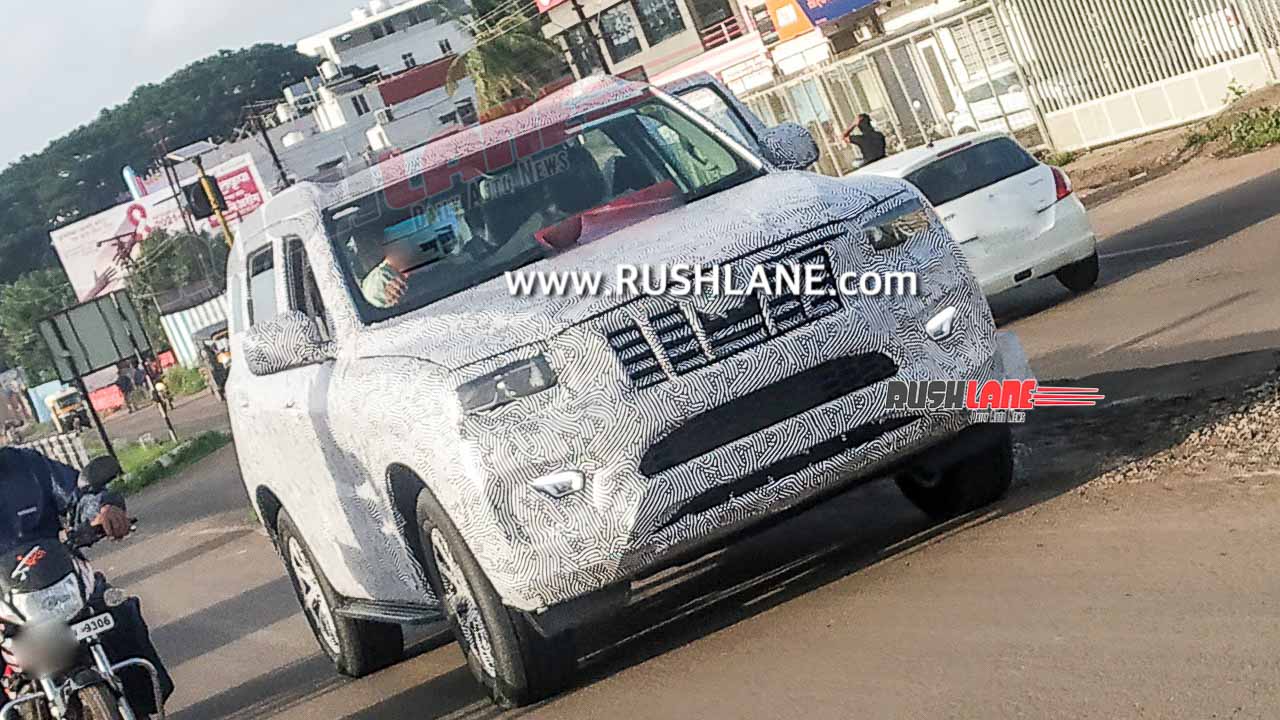 Mahindra is currently busy with the upcoming launch of the new XUV700, which was recently unveiled in its production-spec form. The SUV is getting positive reviews from all walks of life and Mahindra has been applauded for keeping a very attractive starting price for the vehicle.

However, the domestic carmaker is also busy developing a new generation model of the Scorpio. The test mules of the upcoming mid-size SUV have been spotted on several occasions in the past one year. Like every other model, its launch timeline has been delayed due to the ongoing COVID-19 pandemic.

Another test mule of the new-gen Scorpio has been spotted where a video reveals intricate details about its interiors. The model shown in the video is said to be the top-spec variant with an automatic gearbox. Like the previous set of spy shots that revealed the cabin of the SUV, the latest spy video also highlights the revised interior.

For starters, the car’s dashboard has been completely updated that flaunts a new touchscreen infotainment display. The display is flanked by redesigned vertically oriented air-con vents that get a piano-black finish around it. The Scorpio is known for its rugged ladder-on-frame SUV features, so its interiors resonate equally. There are no soft-touch materials, only rigid plastics present.

The Mahindra Scorpio 2022 spy video further reveals that the SUV has been offered in a seven-seat layout, with a third row offering up front instead of the side-facing jump seats seen in the current iteration of the Scorpio. Side benches are offered in the form of seats.

Speculations are rife that Mahindra will also offer the Scorpio in a five-seater derivative to carry a very aggressive entry-level price tag similar to the XUV700. The top-spec model will also get an electric sunroof, however, it is not a panoramic unit.

The central console is outlined by a thin strip of chrome which gives it a premium feel. The dashboard also houses a centrally mounted speaker and an analog instrument cluster, which houses a digital multi-information display between two concentric dials. At least 4 roof mounted speakers can also be seen in the video – 2 at the front and 2 at the back. Other highlights include dual-tone leatherette upholstery with tan brown and black colors and a multi-functional steering wheel with a flat bottom.

Some other feature highlights seen in these images include a C-type USB charging point, a 12V socket, dual-zone climate control, rear AC vents and a micro-hybrid function with engine start/stop functionality. The top-spec trim of the Scorpio will also get connected car technology and a 360-degree parking camera. There are also enough cubby holes to store one’s knick-knacks.

In terms of powertrain, the new-gen Scorpio will be offered with the same engine options as the XUV700. This includes a 2.2-litre mHawk diesel unit and a 2.0-litre mStallion turbo petrol unit. The engine output is likely to be different as compared to the one offered on board the XUV700. Both the engine options are likely to get a 6-speed manual gearbox or a 6-speed automatic transmission as options.

Share
Facebook
Twitter
WhatsApp
Previous articleWhy did Shilpa Shetty do such a post in the midst of Raj Kundra case, said- ‘There has been a mistake but…’
Next articleKBC 13 got the first millionaire of the season in the form of Himani Bundela, emotional video surfaced
RELATED ARTICLES
Automobile