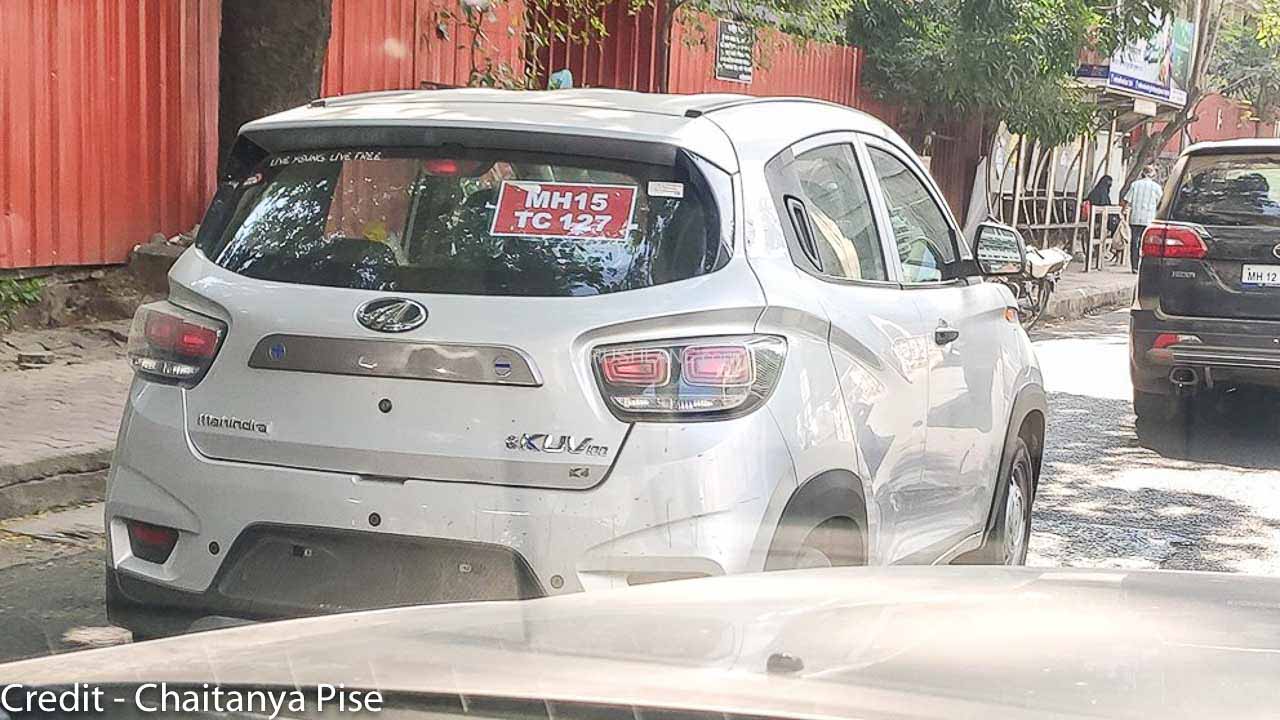 Upon launch, the Mahindra eKUV100 could be positioned as the cheapest electric car in the Indian market, possibly priced under Rs.9 lakh (ex-showroom).

Mahindra is planning to expand the electric mobility space by launching several new electric cars in India. Some of them were showcased at the last edition of AutoExpo held in 2020. The most promising among them was the concept prototype of the eKUV100, a fully electric version of the KUV100 Micro UV.

There has been a lot of speculation regarding the launch of the electric crossover as the project has faced several delays mainly due to the COVID-19 pandemic. However, it seems that the project is back on track as a test mule of the electric KUV100 has once again been spotted on the roads, this time in an unassuming avatar.

This is the second time that the upcoming electric crossover has been spotted in its production-spec form without any camouflage. The latest spy shots, credited to Chaitanya Pais, have been uploaded to the Facebook group RushLane Spylane.

The spy photos make it clear that the overall design of the eKUV100 is almost identical to that of its IC engine-powered counterpart. However, there are subtle changes in the styling that give the electric crossover a distinct appeal.

Most prominent among them is a closed-off front grille for better aerodynamics with small arrow-shaped inserts, some of them painted in blue. There are charging ports on both the front fenders – one exclusively for standard AC charging and the other for both AC and DC fast charging.

While the headlights remain the same as the fossil-fueled sibling, the taillight clusters have been completely redesigned. In addition to this, the blue accents have been carried forward on the headlights as well as the taillights. The chrome trim on the tailgate paints a quirky ‘+’ and ‘-‘ sign which differentiates it from the current KUV100. Additionally, the alloy wheels are also expected to feature a different design with blue colored inserts.

Powering the eKUV100 is a 40kW electric motor that draws energy from a 15.9kWh battery pack. This powertrain delivers a peak output of 40 bhp and 120 Nm of torque while a range of around 140 km can be expected on a single charge. These figures are not the biggest but were mentioned with the pre-production concept at AutoExpo 2020.

Using a regular AC charger, the battery pack takes 5 hours 45 minutes to fully charge (on the front right fender flap). Using a DC fast charger, the battery fills from 0 to 80 percent in just 55 minutes (at the front left fender flap). When launched, the eKUV100 will be positioned as the entry-level electric undercut on the Tata Nexon EV and Tigor EV. It could be a direct rival to the upcoming Tata Punch Electric.