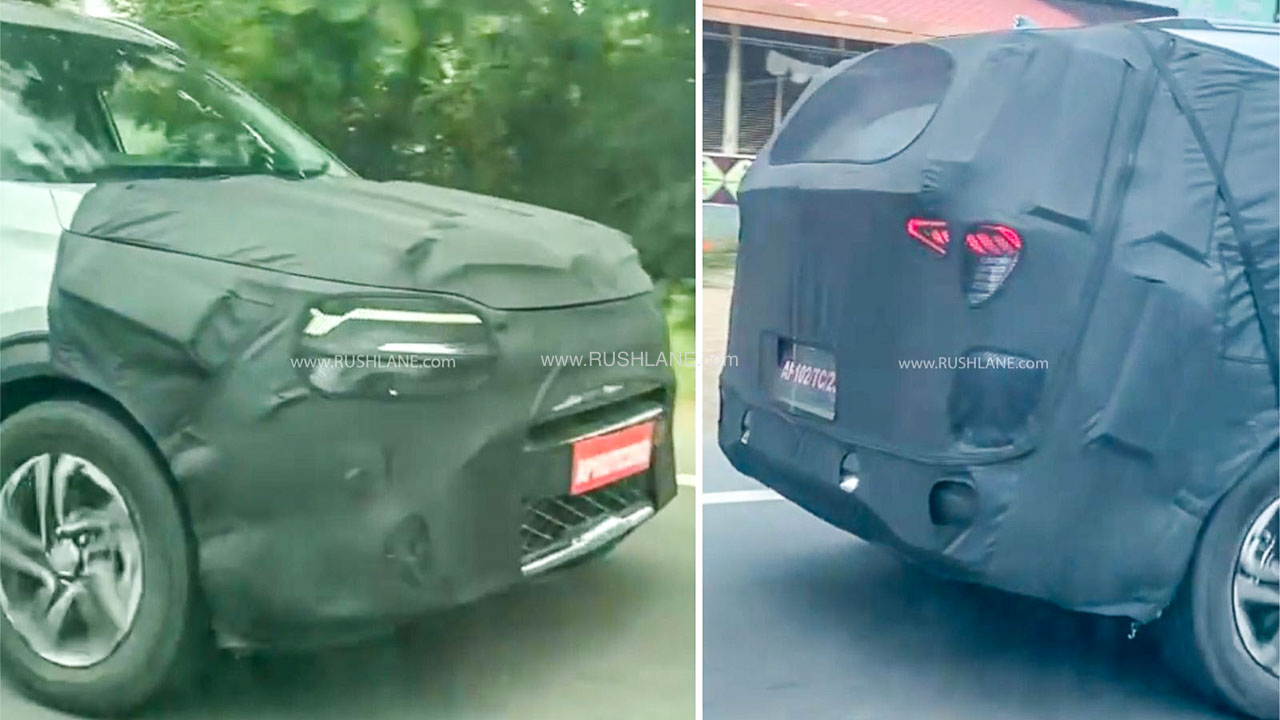 Kia has been a huge success in India. It currently sells Seltos, Sonnet and Carnival and has become the fourth largest OEM in the country. It is also the fastest automotive OEM to achieve 3 lakh sales in the history of the Indian auto industry.

Considering this outstanding performance, the company has now prepared a new MPV for launch in India. This all-new MPV will have a three-row layout and will be offered in multiple engine and gearbox options, with a launch date scheduled for sometime in the first quarter of 2022. Spy shots have surfaced online (thanks to automotive enthusiast Rohit Raj), catching the attention of some of its onboard features.

The new Kia MPV, codenamed ‘KY’, will share its platform with the Sonet. Its length is expected to be around 4.5 meters. Spy shots reveal that the headlamps with LED DRLs, tiger nose front grille and several chrome accents add to its premium appeal. The new MPV will feature 17-inch dual tone alloys.

The interiors will be offered in a choice of 6 or 7 seater layouts. It will be spacious with ample head and leg room. It may come with even more features than the Sonet and Seltos. These may include 360-degree cameras, heads up display units, air purifiers, sunroofs, ventilated seating for driver and co-passengers, ambient lighting and connected car technology.

It will also get cruise control, power windows and multiple airbags and a blind spot monitor along with a host of safety equipment. The higher variants of the new Kia MPV will get the UVO Connect platform offering 57 smart features.

The Kia MPV is expected to be offered with petrol and diesel engines and multiple gearbox options. These may include 2.0 liter petrol and 1.5 liter diesel engines. These are the same options with the Hyundai Alcazar SUV.

The Kia ‘KY’ MPV is an “India Strategic” model, but will not be limited to sales in India. It will also be exported like the Seltos and Sonnet. The Kia KY MPV will be produced at the company’s plant in Anantapur, Andhra Pradesh, which has an annual production capacity of 3 lakh units.

Once launched, the Kia KY MPV will be placed in the middle of the Maruti Suzuki Ertiga XL6. Higher variants in the form of Toyota Innova may also attract customers. In its production-ready format, it will carry a new nameplate, which is expected closer to launch.