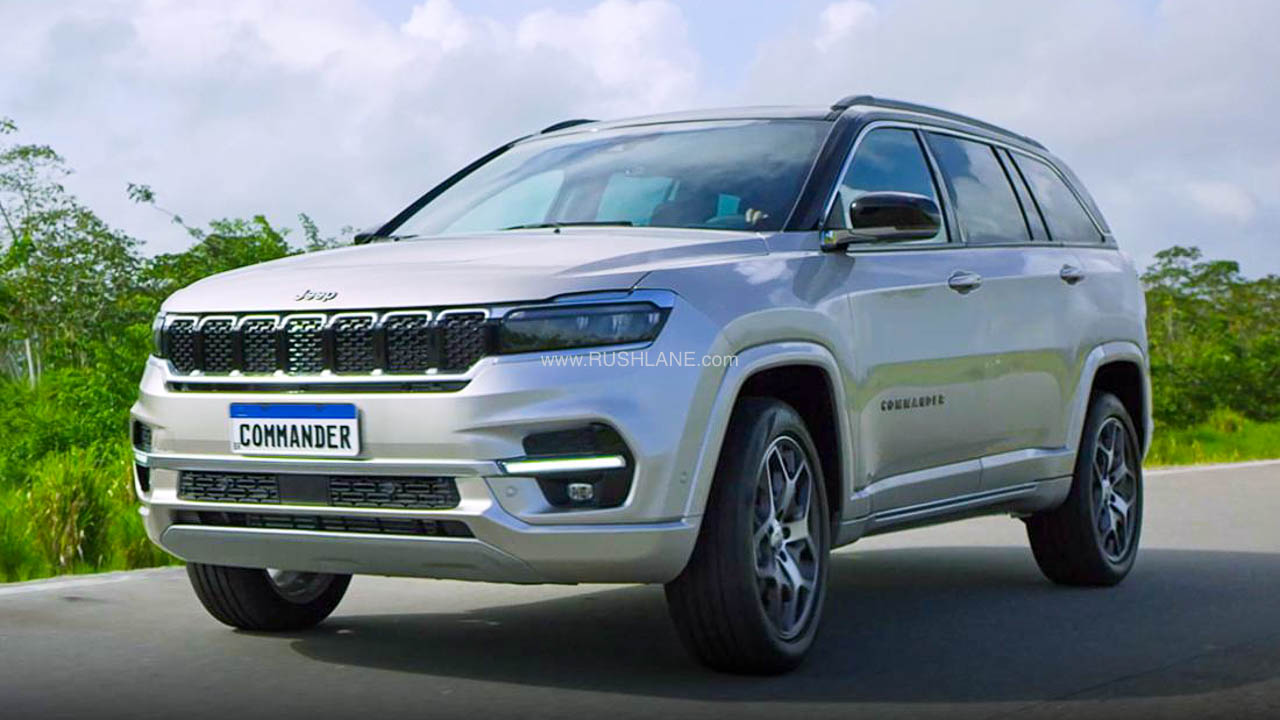 Jeep India is actively testing the new 7 seater version of the Compass. It will first be launched in South America and China before arriving in India; Sometime in the middle of next year. Codenamed H6 as of today, and is rechristened as Commander in select markets.

In India, it may not get the same name, as the trademark for the Commander is with Mahindra. In India, it is expected to be called the Jeep Meridian. Ahead of its global debut, which is due later this month, the new Jeep Compass 7 seater SUV has been leaked.

Jeep Commander is a 7 seater, 3 row SUV. Thanks to its size, it commands a huge street presence. It has been spied recently during testing in the streets of Lonavala near Pune and many features have come to the fore despite the heavy camouflage.

Based on the Compass, the Commander borrows many of the same exterior features, but receives larger doors for easier entry and exit for passengers at the rear and extended window lines. Extended overhangs were also evident, providing additional space for passengers in the third row.

Other exterior features include a 7 slat front grille that gets chrome accents, wide air intakes, roof rails, a muscular bonnet and new alloy wheels. It also gets black exterior mirrors with LED turn indicator and a new bumper which combine to give the new Commander a more aggressive road presence.

The interior will be spacious, packed with great features and infotainment options. These will include a panoramic sunroof, ventilated seats with premium upholstery, touchscreen infotainment system with wireless smartphone connectivity, Amazon Alexa support and a fully digital instrument cluster.

Where safety is concerned, the new Jeep Commander will get a complete package with Electronic Stability Program, cruise control, hill launch and descent control, traction control etc. It is also likely to have ADAS enabled security and ancillary features like auto parking, auto. braking etc. Take a look at the leaked video below.

In India, the Jeep Commander will be produced at the Fiat Chrysler Automotive Plant in Ranjangaon, Maharashtra. It will likely be powered by a 2.0-litre, 4-cylinder Multijet diesel engine producing 200hp power and mated to a 6-speed manual or 9-speed automatic transmission.

In other markets, the Jeep Commander will get its power through ICE engines along with plug-in hybrid powertrain options. 4×4 variants could also be on offer, though reserved for the top spec variants only. Once launched in India, the Jeep Grand Commander will take on the likes of Skoda Kodiaq, MG Gloster, Toyota Fortuner and Ford Endeavor.