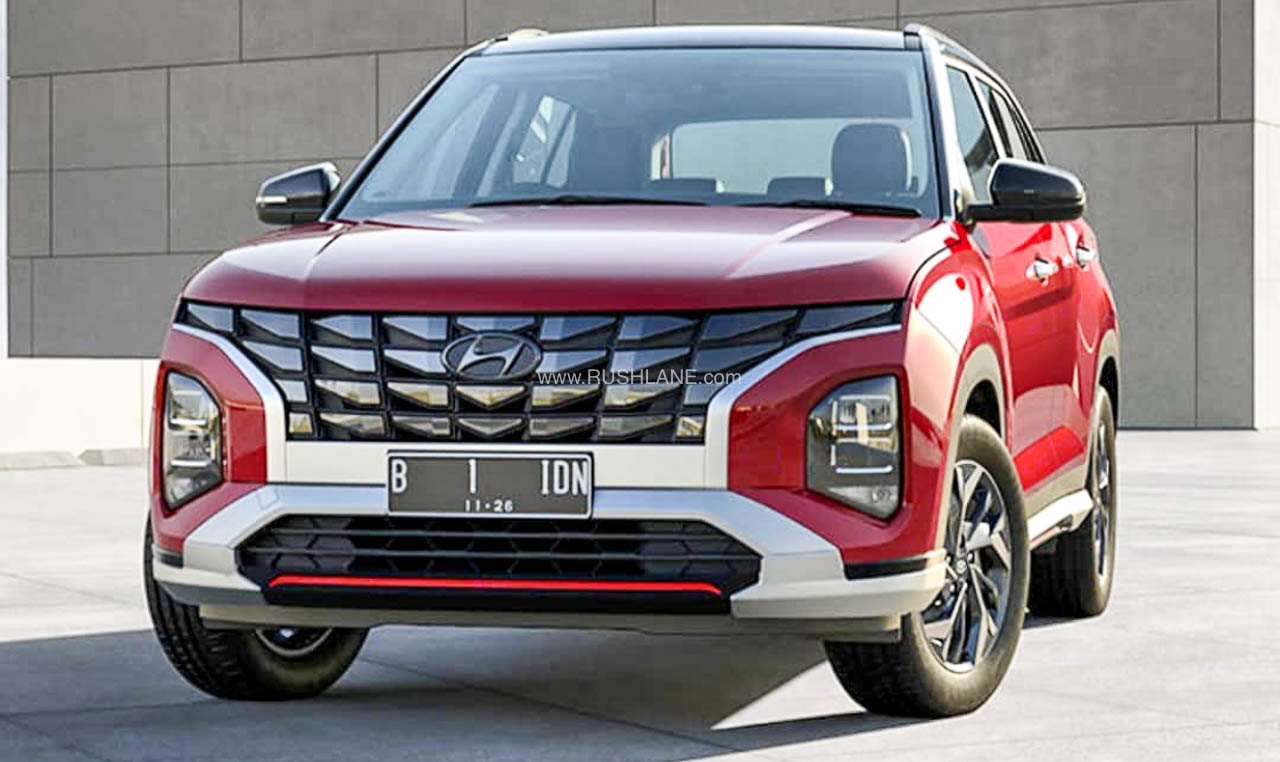 Hyundai is all set to officially take cover from the 2022 Creta facelift at the ongoing Gaikindo Indonesia International Auto Show (GIIAS) 2021. But before that, official pictures of the SUV have been leaked online. The credit of the images goes to Indra Fatan.

As seen in the previous spy shots, digital renderings and recent online teasers, the new Creta undergoes several changes including its design and features. The updated Creta is expected to go on sale in Indonesia first, with a possible launch by the end of this year.

It is also the first car from the Korean auto giant to be manufactured locally in Indonesia. This will be followed by launches in South Korea and China by the first quarter of next year, while the India launch is expected by mid-2022.

As mentioned earlier, the 2022 Creta undergoes a major change in styling as it now follows Hyundai’s new Sensuous Sporty design philosophy. Hence, the styling of the new Creta is reminiscent of the new-gen Tucson which is based on the same design philosophy. The most striking design feature is a redesigned front grille with parametric jewel pattern that seamlessly integrates into the LED DRLs on both the sides.

The facelifted Creta gets a revised front bumper thanks to a new rectangular LED headlamp setup that is oriented vertically. The bumper also gets slimmer air inlet apart from new fog lamp assembly and silver colored faux skid plate. The side profile of the car is similar to the current model except for the new dual-tone alloy wheel design.

At the rear, it gets the same LED taillight assembly as its predecessor, but no longer features a connected strip of light across the width of the tailgate. Other styling highlights include a redesigned bonnet structure, a roof-mounted spoiler,
Black cladding and shark-fin antennas on the wheel arches and door sills.

Coming to the equipment, the Creta is already a feature-packed car with a class-leading amount of features till date. However, with the advent of new models like MG Astor, Hyundai will add some important features like Advanced Driver Assist System (ADAS). ADAS functionality will be offered in the top two trims of the SUV and is likely to be offered in the India-spec model as well.

The Indonesia-spec Creta will be powered by a sole 1.5-litre naturally aspirated petrol engine option that kicks out 114 bhp and 142 Nm of peak torque. When it comes to India, the existing 1.5-litre CRDi diesel unit (114 bhp and 250 Nm) and 1.4-litre GDI turbo petrol mill (138 bhp and 242 Nm) will also be on offer. Transmission options will also remain the same as the outgoing Creta.