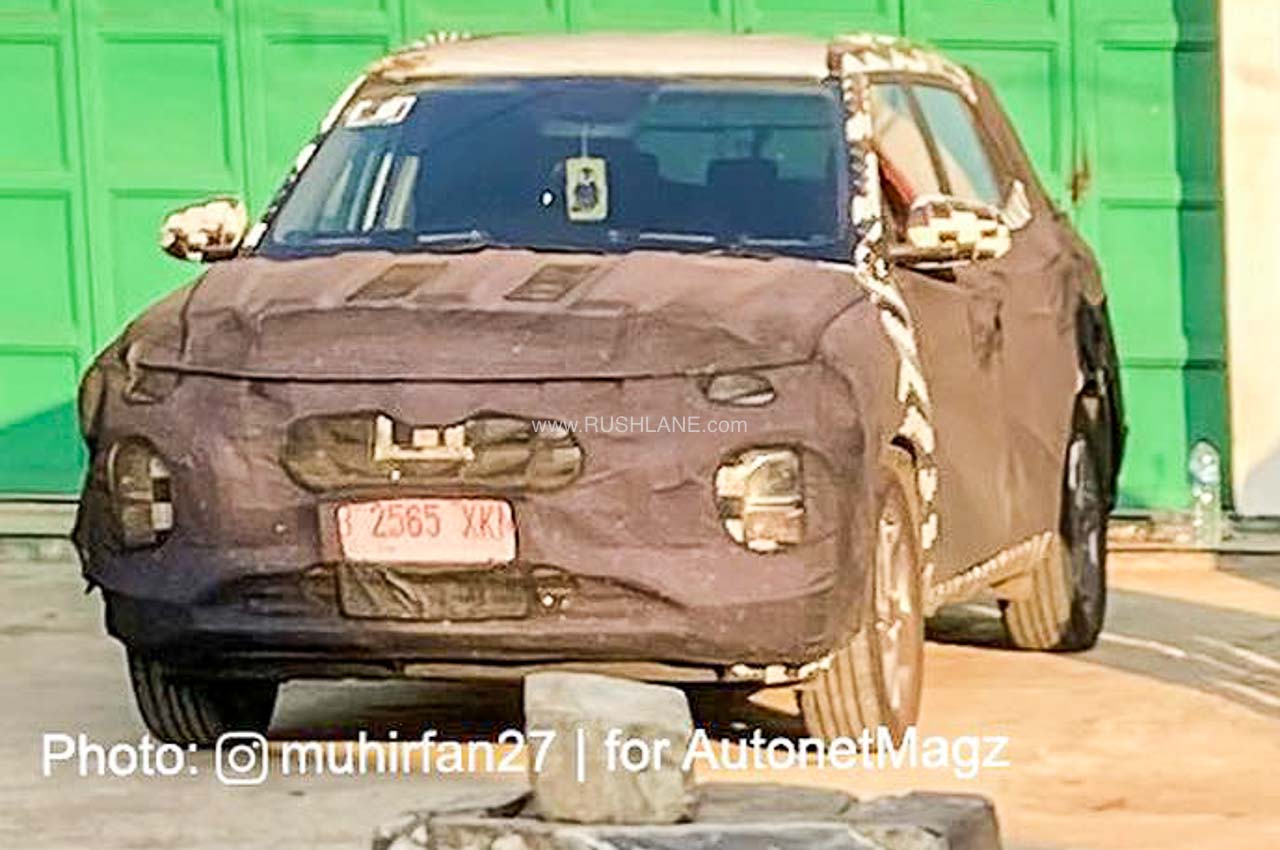 The Hyundai Creta facelift is expected to make its global debut next year, followed by first launch in South Korea and China, and later in India.

The Hyundai Creta is currently one of the best selling SUVs in India. The compact SUV was first launched in India in 2015 and received a generation update last year. The Korean auto giant is now looking to make its best-selling product available with a mid-cycle facelift, which is expected to launch next year.

A test mule of the facelifted Creta was recently spotted somewhere in Indonesia, revealing important details about its design. The same has now been spotted again by Autonetmagz.

In line with the previous set of spy shots, the design of the upcoming version of the Creta has been radically upgraded as compared to the current model, especially towards its front end. The compact SUV now wears a completely revised front fascia inspired by the fourth generation Tucson with a new front grille. This parametric jewel pattern is seamlessly integrated into the LED DRLs on both the sides while the C-shaped headlamps are now vertically aligned by the projector LED units.

Also, apart from the new fog lamp assembly and silver colored faux skid plate, the redesigned front bumper will feature slimmer air inlets. The SUV also gets newly designed dual-tone alloy wheels. The body lines on the side profile and silhouette have been carried over from the current model of the Creta.

The rear of the Creta is not shown in this render but Hyundai will probably make some changes here as well. The interior of the SUV in the current Creta is well designed, however, the company would like to look at the quality, fit and finish of some of the materials inside.

As far as the Creta is the best in its segment in terms of features, Hyundai may add one or two more creature comforts in view of the increasing competition. More details about the interior are expected to be revealed soon.

Powertrain options are unlikely to change with this update. The 2022 Creta is expected to offer a similar set of engine and gearbox options. This includes a 1.5-litre naturally aspirated petrol mill that is capable of producing 114 Bhp and 144 Nm of peak torque. The other option is a 1.5-litre CRDi diesel unit that churns out 114 Bhp and 250 Nm of torque.

Transmission options include a 6-speed manual as standard on both the engines with the option of a CVT and a 6-speed torque converter as an option on the petrol and diesel units. Buyers can also opt for a 1.4-litre GDi turbo petrol engine which is exclusively mated to a 7-speed DCT automatic gearbox. This powertrain produces 138 bhp and 242 Nm of peak torque.