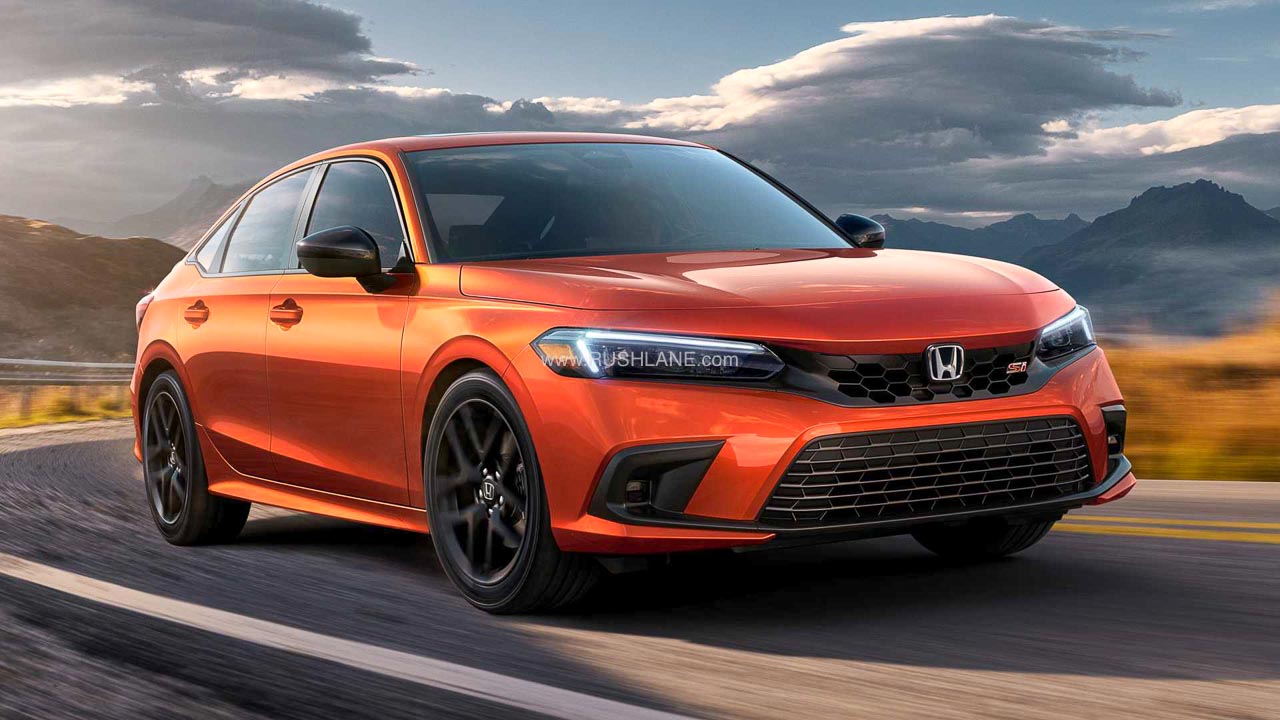 Honda has officially revealed the performance-oriented version of its premium sedan Civic called the Civic Si. Based on the new-generation Civic sedan, which made its debut earlier this year, the new Civic Si sits below the full high-performance Civic R and is offered in only one sedan body style.

Like the Type R, the new Civic R differentiates itself from the standard model with a few changes in exterior and interior styling. It has also undergone some structural changes to make itself eligible for the ‘Performance Car’ tag.

Starting with its exterior appearance, the 2022 Civic Si is wider and taller than the previous-gen model and hence gets a strong on-road appeal. As always, it differentiates itself from the regular variant of the new-gen Civic with a more aggressive front bumper, gloss-black trunk-mounted spoiler and dual-tip exhaust pipe. The gloss black treatment is also visible on the wing mirrors and window sills.

The car runs on 18-inch 10-spoke alloy wheels that are finished in C-specific matte black. The matte black treatment is extended to the front grille with a honeycomb pattern that surrounds the LED headlights and DRLs. To enhance the premium appeal, there are gloss black panels around the grille and large air dam. The sedan is wrapped around a new vibrant paint scheme called Blazing Orange Pearl which is exclusive to the Civic Si.

Honda has enhanced the sportiness of its exteriors even inside the cabin of the Civic Si. It has well bolstered front bucket seats which are sporty and provide extra thigh and shoulder support. Moreover, contrasting red highlights throughout the cabin including the door panels, steering wheel and upholstery add to the sportiness. A honeycomb panel on the dashboard adds a nice touch to the overall appeal of the cabin.

more oomph under the hood

The most significant updates have been carried out under the skin of the new Civic Si. Under the hood, it has a very powerful 1.5-litre four-cylinder turbocharged Vtec petrol motor which is exclusively paired with a 6-speed manual transmission. The power output has come down by 5 hp as the engine now makes 200 bhp and 260 Nm of peak torque.

That said, power is now more accessible than ever and available on a wider curve now peaking at 6,500rpm. The powertrain also benefits from a 26 percent lighter single-mass flywheel instead of the dual-mass unit in the previous iteration. The six-speed gearbox has 10-cent-shorter throws and Honda claims the shift feel has been improved as well.

The Civic Si now features a rev-matching mode that has been carried over directly from the Civic Type R. While the new-gen Civic already gets a stiffer chassis, the Si trim is complemented by a stiffer suspension setup with new springs and stabilizer bars that improve handling. Enough of the car.