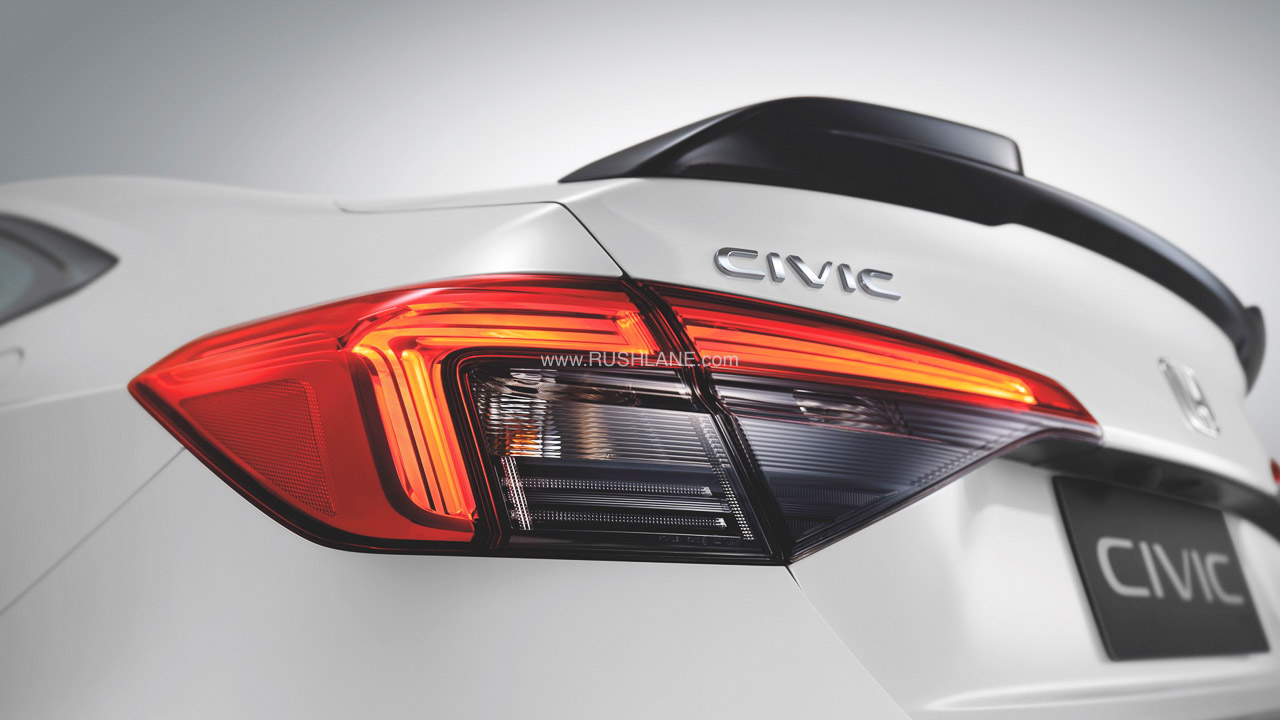 Almost four months after its global debut, the 11th generation Honda Civic sedan has now been launched in Thailand

The new Honda Civic is similar to the model it debuted, with Honda making some minor modifications to the Thailand-spec model. Prices for the 11th generation model start at 964,900 baht (Rs 21.5 lakh) for the entry-level EL trim and go up to 1,199,900 baht (Rs 26.7 lakh) for the top-end RS trim.

Under the hood, Honda has offered a 1.5-litre turbo VTEC petrol motor as standard and the older 1.8-litre NA engine has been bid on. Power output stands at 178 PS, which is slightly lower than that available in the US spec variant, though 5 PS higher than the outgoing model. The torque output has also increased by 20 Nm to 240 Nm. According to Honda, the fuel efficiency figure stands at 17.2 kmpl, which is fantastic for a car of its size.

In terms of design, the new generation Civic looks more mature and cultured than the previous generation model. In other words, the Civic has become more Civic in its looks. The large chrome bar at the front has also been omitted, in line with the latest global design language adopted by Honda.

In terms of measurements, the new Civic measures 1,415 mm by 4,678 mm in length and 1,802 mm in width. Its wheelbase has also been increased by 33 mm. The increase in dimensions has helped free up more space for the rear occupants in terms of legroom. There is a dearth of 18-inch alloy wheel options in the Thai market, so Thai customers will have to be satisfied with the 17-inch alloy options that are available on the RS trim. Other trims get 16-inch alloys.

From the inside, the Civic looks more advanced and refined than the previous generation variant. The design is simple and clutter free. Highlights include a simple horizontal dashboard, a free-standing infotainment touchscreen unit, honeycomb finish air vents and clean rotary dials for aircon control.

future of citizen in india

Considering Honda’s past experience in India, we don’t think the Japanese automaker would be keen to launch the 11th generation Civic in the country. While the brand still commands considerable affinity from loyalists and enthusiasts, sadly, this has not been reflected in the sales numbers for the brand in recent times.

Also, Honda had recently consolidated its Indian operations, which would mean that it would not want to enter the segment again. Instead, Honda is currently busy planning the launch of the Amaze facelift and possibly a Creta/Seltos Challenger. The growing popularity of SUVs and the declining demand for sedans in the Indian market are the main reasons for this change in Honda’s future plans.