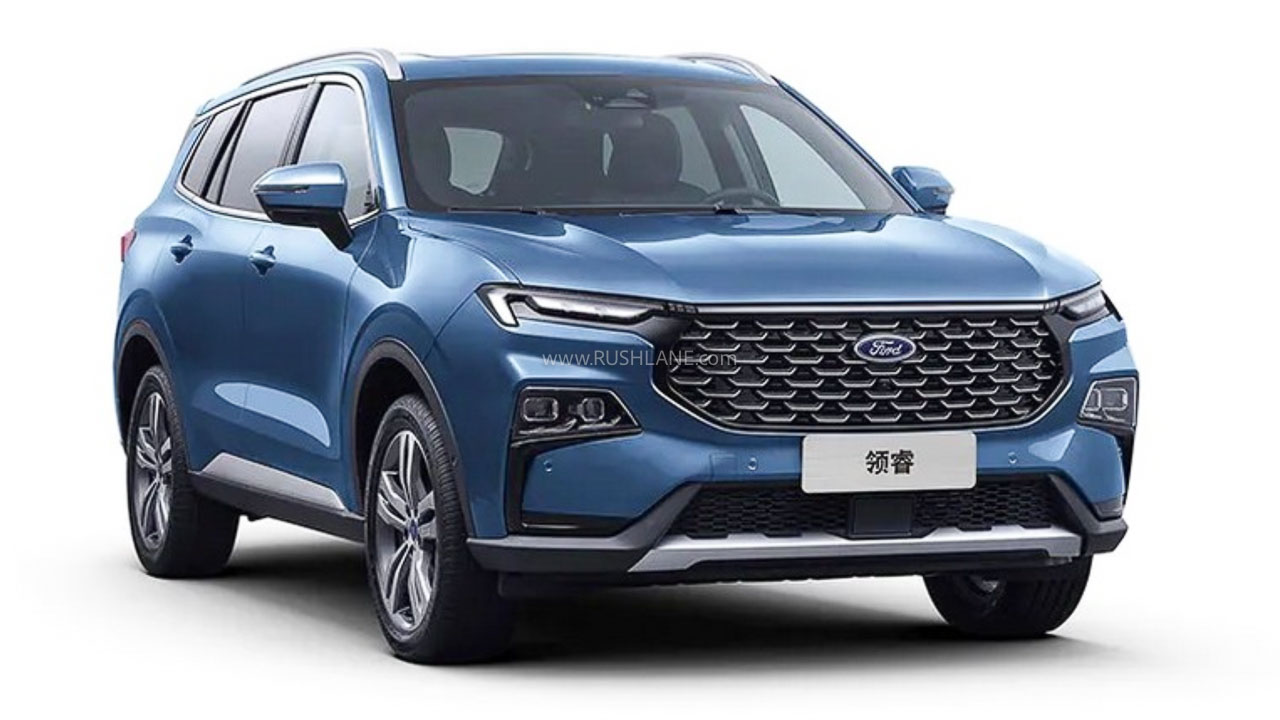 The Ford Equator Sport gets the same dimensions as the brand’s other 5-seater mid-size SUV, which is named in the territory South American markets

Although Ford has closed its local operations in India, the carmaker is very active in the neighboring countries. Earlier in March this year, the US carmaker introduced the Equator in China which was developed with local partner Jiangling Motors. The three-row SUV has now got a younger brother in the form of the Equator Sport.

The Equator Sport is a 5-seater derivative of the full-size Equator with compact dimensions. The SUV has been showcased at the ongoing Guangzhou Auto Show and like the larger derivatives will cater exclusively to the Chinese market. Both the SUVs are said to be based on the same platform.

The new Equator Sport is a completely new vehicle under its skin, even though it has borrowed some design cues from its bigger brother. It flaunts the same front fascia as the Equator which houses a large radiator grille surrounded by thin LED headlights with C-shaped DRLs. The chunky front bumper along with the silver-coloured skid plate lends a strong appeal to the SUV.

The side profile adds to the muscular appeal with large wheel arches and door sills wrapped in black cladding. The 20-inch 5-spoke alloy wheels along with the sharp creases on the side panels indicate sophistication in this SUV. At the rear, the design is almost identical to the larger Equator but the Sport does not feature an LED strip connecting the taillights.

The major difference is the Equator Sport’s smaller dimensions. The SUV offers a wheelbase of 2,765 mm which is 140 mm shorter than the larger Equator. The overall length is 4630 mm which makes it similar to the mid-size SUVs in the region sold by Ford in the South American markets. The Equator Sport measures 1750mm in length, which is the same as the standard Equator.

The biggest change inside the cabin is the seating layout which can accommodate five people in the Equator Sport while the larger model has six or seven on boarders. Apart from this, it gets more or less the same dashboard layout with dual-screen layout for the digital instrument console and touchscreen infotainment display. The overall appearance of the cabin looks neat.

Powering the Equator Sport is a new 1.5-litre, four-cylinder turbo petrol engine that makes 170 bhp and 260 Nm of peak torque. Power is sent to all four wheels via a 6-speed automatic transmission. The claimed top speed is 180 kmph. In comparison, the larger Equator gets a 2.0-litre turbo petrol mated to a DCT automatic gearbox.

As far as the India launch is concerned, there are probably no plans to launch the Equator SUV or the Equator Sport in India. Ford has said that they will focus on high-end premium models like the Mustang or Mach-E. These will be imported as CBUs and will cost heavily.