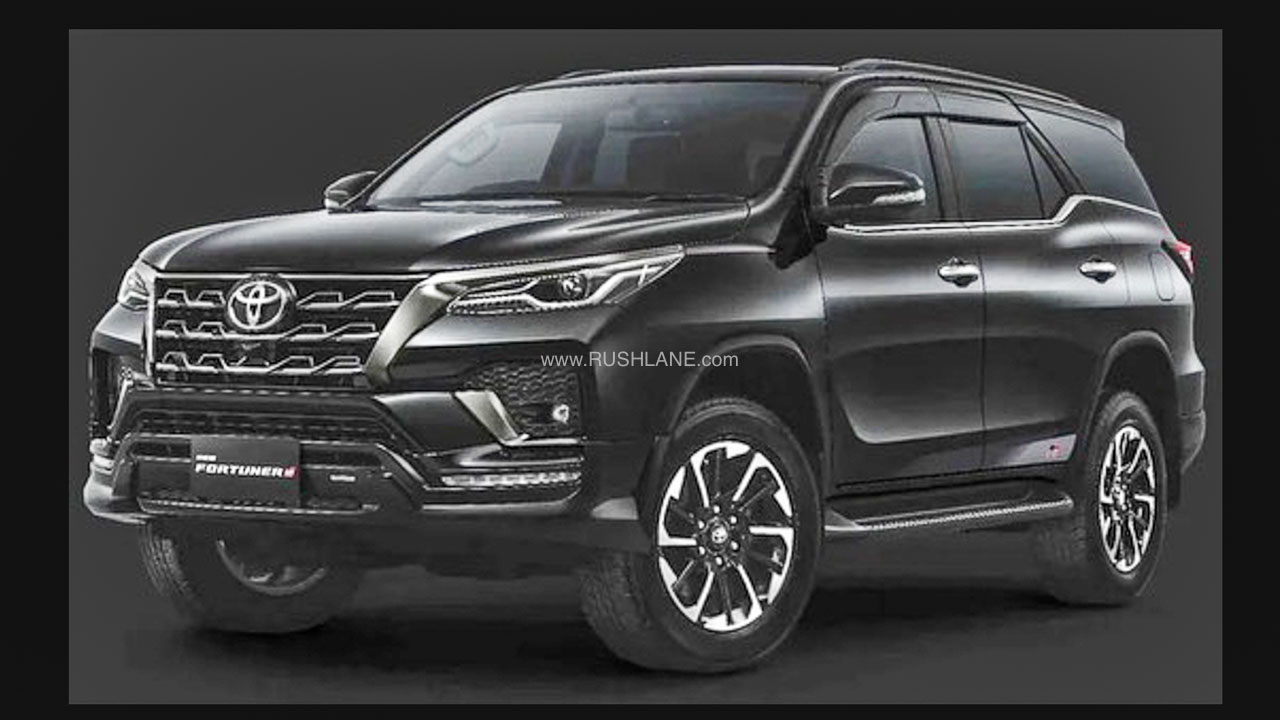 The 2021 Toyota Fortuner GR Sport replaces the outgoing TRD Sportivo variant of the SUV that was introduced pre-facelift. To refresh our memories, the Fortuner facelift made its global debut late last year and later went on sale in Indonesia, Thailand and then India.

As we already know, Toyota is currently expanding its motorsport division Gazoo Racing (GR) to its international lineup. The GR Sport range now includes models like the Raize and Yaris hatchbacks.

At the same time, the Japanese carmaker is phasing out models from its outdated and redundant TRD (Toyota Racing Development) motorsport division. However, the cosmetic enhancements on the new Fortuner GR Sport are in line with the discontinued TRD Sportivo model.

The Fortuner GR Sport comes with a sporty body kit that features an updated front grille embellished with dark chrome and chunkier front and rear bumpers. It is differentiated from the standard model by the GR branding on the front grille, bumpers, front and side body panels and tailgate.

There is a modified air dam at the bottom of the front bumper that replaces the faux skid plate found on the regular Fortuner. The SUV also gets a new 18-inch premium dual-tone alloy wheel design.

Step inside the cabin and check out the subtle changes on its interiors as well. These include a 9-inch touchscreen infotainment unit capable of voice commands, Android Auto and Android CarPlay connectivity, dual-zone climate control and 360-degree monitors. Other notable features on the list include wireless phone charging, kick sensor for powered tailgate, and auto-dimming IRVMs.

The Fortuner GR Sport is offered with two engine options – a 2.7-litre 4-cylinder petrol engine and a 2.4-litre turbo diesel engine. The former generates 161 bhp and 242 Nm of peak torque while the second produces 148 bhp and 400 Nm of torque. In any case, the GR Sport version of the Fortuner can only be had with a 6-speed automatic transmission that sends power only to the rear wheels.

Interestingly, this special edition model doesn’t have the more powerful 2.8-liter turbo diesel motor that puts out 201 horses. The unit comes with the option of a 6-speed automatic gearbox as well as 4WD option with a low-range transfer case. The GR Sport trim of the Fortuner is expected to go on sale in Malaysia, Australia and then India later.