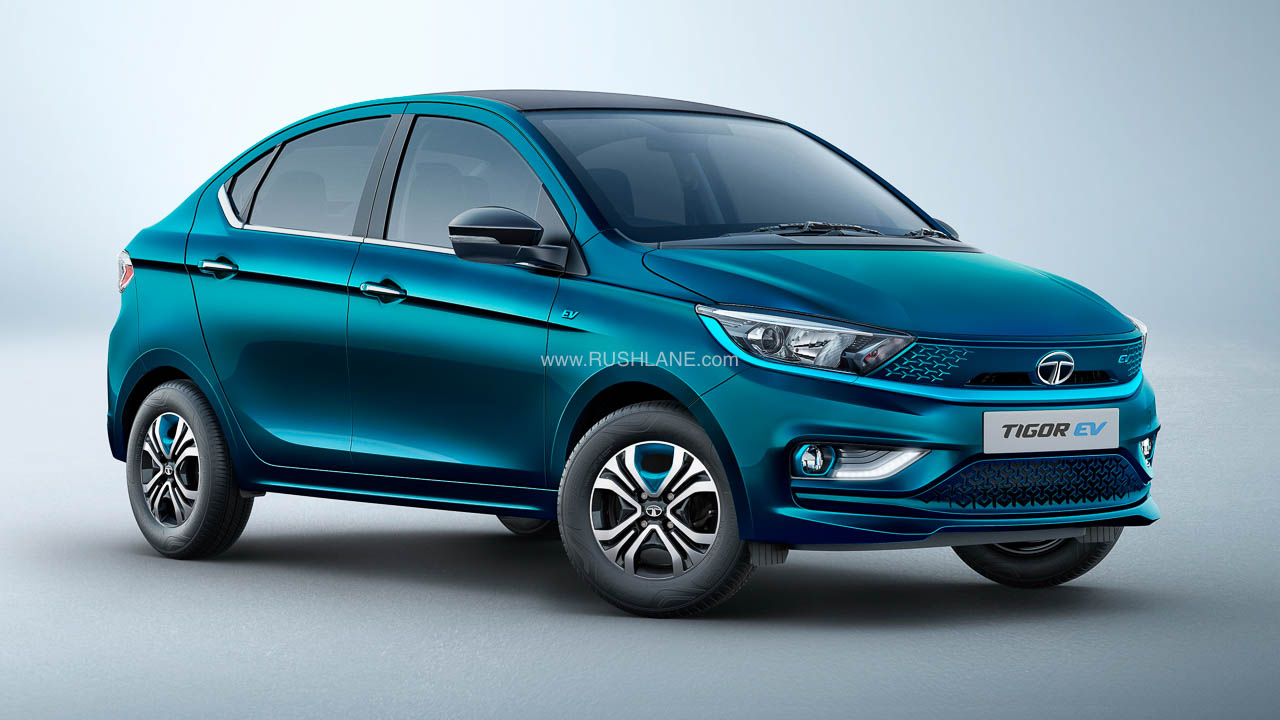 With more power under its belt, the new Tigor EV is expected to be priced at a slight premium over its fleet counterpart at around Rs 11 lakh (ex-showroom).

Tata Motors will launch the Tigor EV in a new facelifted avatar. Prior to that, today Tata has revealed the official pictures of the new Tigor Electric, along with the announcement of the commencement of bookings. Interested buyers can book the Tigor EV by paying Rs 21k as a token amount.

First launched exclusively for government officials and fleet buyers, the Tigor EV was made available to private buyers in 2019. The compact electric sedan, however, has found only a few buyers due to its limited range and performance. Earlier last month, the domestic automaker launched an updated Tigor EV as the rebranded Xpres-T EV.

The Xpres sub-brand has been created as a separate EV vertical that will specifically cater to government-run agencies and fleet operators. Tata will soon launch the facelifted Tigor EV for the general public.

As seen on the Xpres-T EV, the new battery-powered Tigor will feature a new headlight setup with new sharper noses. The front grille features a triangular arrow pattern finished in glossy black and underlined by a blue stripe. To differentiate between the regular Tigor and the battery-powered Tigor EV, the Tigor EV wears an EV badge on the grille and boot lid.

Projector lights in the LED headlamps and LED DRLs have been integrated into the front bumper which differentiates it from the Xpress-T. However, the silhouette of the car remains the same.

Mr. Vivek Shreevats, Head-Marketing, Passenger and Electric Vehicles Business Unit, Tata Motors, “We are excited to unveil our second electric car in the personal segment. With the all-new Tigor EV, we aim to lead this evolution into mainstream EVs in India with the message to Evolve to Electric to all automotive enthusiasts. “

However, the biggest update will be under the metal as the new Tigor EV will be powered by the Ziptron powertrain that currently powers the Nexon EV. This powertrain includes a high-voltage 300+ volt permanent magnet synchronous electric motor which is miles ahead of the 72V AC induction-type motor introduced earlier in the pre-facelift Tigor EV. In the Nexon EV, this powertrain produces 127 bhp and 245 Nm of peak torque.

Earlier, Tata Motors had revealed that all its upcoming EV models will offer a single-charge range of at least 250 km. While the exact battery specification in the upcoming model is not known yet, we expect it to have a similar size battery as the Nexon EV. For reference, the electric crossover packs a 30.2 kWh lithium-ion battery. More details are expected to be revealed at the official launch.