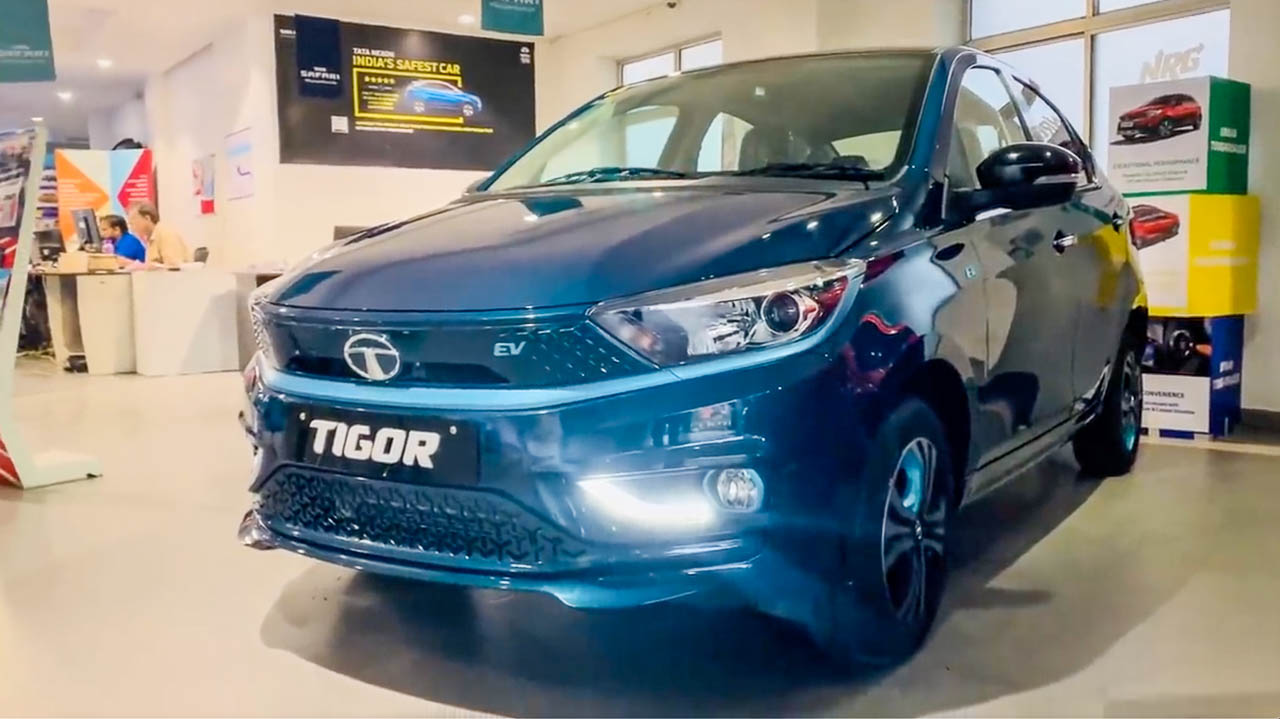 Expected to be priced aggressively, the Tigor EV will not have any direct rivals in the Indian market right now

Tata Motors will launch the facelifted Tigor electric sedan in India on August 31. It will be much cheaper than the Nexon EV, which costs Rs 13.99 lakh ex-sh. This will make it the most affordable electric car for the passenger segment car buyers in the country.

The 2021 Tata Tigor electric sedan not only gets cosmetic updates but also gets a serious upgrade in its powertrain. The new EV is based on the facelifted version of the IC-engine powered Tigor that was launched last year. Ahead of the launch, the Tigor EV is now in showrooms for display. Test drive will start soon

Last month, Tata Motors launched a fleet version of the Tigor EV, which has been rebranded as the XPres-T EV under a dedicated EV vertical called Xpres. It neither gets a bigger battery pack nor Ziptron technology as seen in the new Tigor Electric.

As seen on the Xpres-T EV, the new Tigor EV gets a new front fascia with an updated set of headlights and upfront with a new sharp nose. YouTube channel Missautologs has shared a detailed first look walkaround review video of the new Tigor EV, revealing the exterior styling, interior features, space and more.

The tri-arrow pattern in the traditional grille of the Tigor powered by the IC engine has been replaced with a new glossy black panel. The Fox grille has been contoured with a blue stripe at the bottom. The blue highlights have been enhanced inside the projector LED headlights.

The reprofiled front bumper also gets revised fog lamp housings with integrated LED DRLs. The battery-powered Tigor can be differentiated from the regular sedan as the former gets an Ev badge on the grille and boot lid. The car rides on 15-inch alloy wheels with a new design that also gets blue accents. However, the silhouette of the car remains the same.

However, the biggest update is in the form of a new heart. The Tigor EV now gets a Ziptron EV powertrain that was first introduced in the Nexon EV. This powertrain now includes a high-voltage 300 volt permanent magnet synchronous electric motor, instead of the 72V AC induction-type motor already offered in the pre-facelift Tigor EV. This motor is rated to produce 75 bhp and 170 Nm of peak torque.

It draws its energy from a 26kWh lithium-ion battery pack, which is expected to deliver a range of over 300 kms on a single charge. The IP67 rated powertrain accelerates from 0-60 kmph in just 5.7 seconds. With Ziptron technology available, the Tigor EV is now compatible with fast charging. The battery can be rejuvenated from 0-80 percent in just 60 minutes.