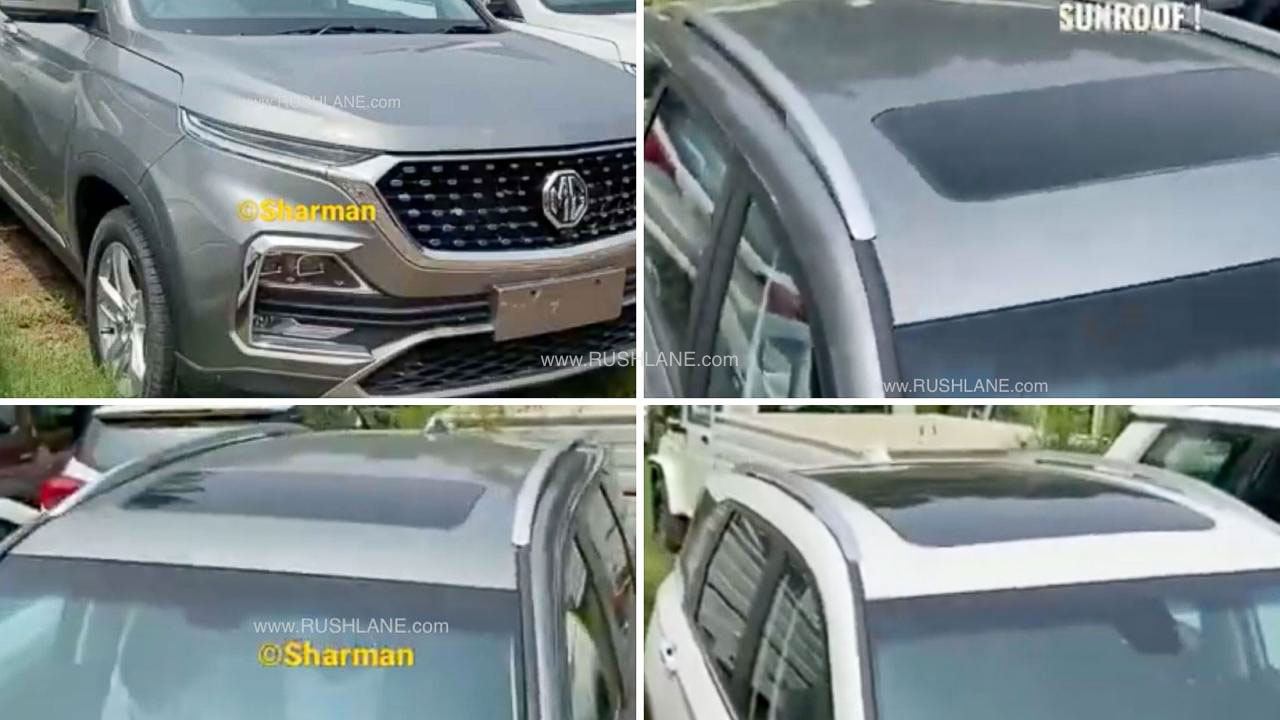 After recently launching the Savvy trim for the Gloster, MG is now gearing up to launch the Shine variant of its popular SUV – Hector. The official launch and debut of the new trim is slated to take place on August 12 i.e. tomorrow. Ahead of the unveiling, the Shine trim has been spied on by Sharman D’Souza.

Currently, Hector is sold in 4 different trim levels. These include Sharp, Smart, Super and Style. The prices of all were recently increased. The styling is the base variant while the sharp is the top-end trim. All trims are available in both petrol and diesel engine options.

Now, the new Shine trim will be placed between the Super and Smart trims, which means it will technically become the mid-spec variant in the Hector’s line-up. While the increase in trim levels results in higher costs of operation and management for both the OEM and dealer-partner, it certainly helps to increase the number of offerings at multiple price points.

Kia did the same thing when it brought the Seltos which was available from around Rs 9 lakh to Rs 17 lakh. The availability of multiple options helps OEMs to retain interested customers, which is essential in a highly competitive and price sensitive market like ours.

The exact specifications details are awaited from MG’s end, though recent spyshots and videos have confirmed that the SUV will get a single pane sunroof, but the panoramic option will not be missed. The overall feature list is expected to be slightly lighter than that seen in the Smart trim.

Speculations suggest that MG may not offer the i-Smart functionality, which is basically an embedded SIM technology that enables features like real time vehicle tracking, voice activated commands, find my car location, geo fencing, etc. Other features that might not be offered on it. The Smart trim includes a tire pressure monitoring system, WiFi connectivity and wireless phone charging.

Currently, the MG Hector competes with the Mahindra XUV500, Tata Safari, Jeep Compass and the upper-end trims of the Kia Seltos, Hyundai Creta and Skoda Kushaq. MG introduced a mild facelift of the Hector earlier this year. MG is proactive in ensuring that it keeps its entire portfolio fresh, and hence keeps updating it at regular intervals. Thanks to the same, updates are visible on the model’s feature list and even the price tag, which is moving north with each update.

MG has been very active in the Indian market since its arrival. Currently, it has 4 models in its portfolio, which include Hector, Hector Plus, ZS EV and the range-topping Gloster. In the near future, it intends to bring a petrol powered version of the ZS EV, which will mostly be called the MG Astor. The Astor will compete in the heavily congested market which majorly includes the Hyundai Creta, Kia Seltos, Skoda Kushak and the upcoming VW Taigun.

Share
Facebook
Twitter
WhatsApp
Previous articleMira Rajput has been wearing a broken watch for many days, told – why not throw it till now
Next articleGlamorous photoshoot of Kiara Advani and Sidharth Malhotra went viral before the release of ‘Shershaah’
RELATED ARTICLES
Automobile