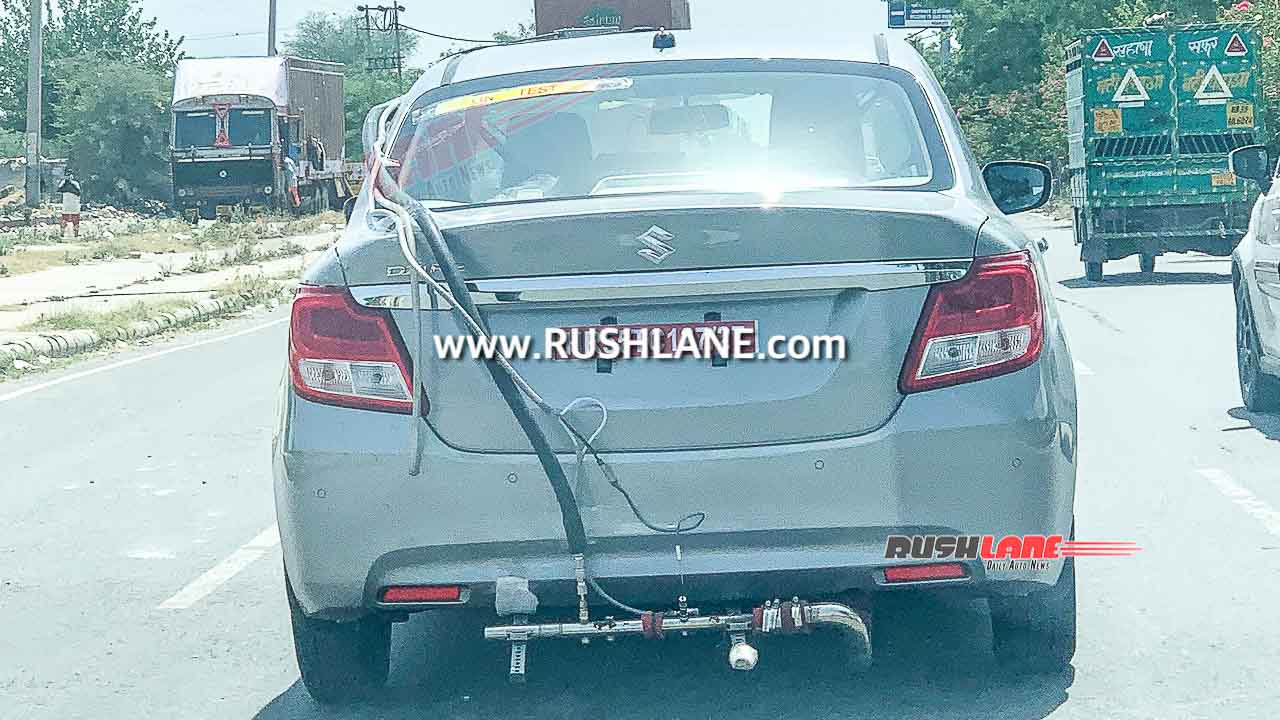 Maruti S-CNG technology is currently being offered on Alto, Celerio, WagonR, S-Presso, Eeco and Ertiga – soon to be launched along with Swift and DZire

Rising prices of petrol and diesel have taken a toll on the fuel budget of car owners in the country. Fuel prices have hit an all-time high, leaving the middle class literally battling at straws.

Even though many electric vehicles are entering the PV segment, the charging infrastructure in India is in its early stages. The only other worthwhile and economical option is CNG-powered vehicles.

Maruti Suzuki has a healthy lineup of CNG powered vehicles in its existing portfolio. These include Alto, Celerio, WagonR, S-Presso, Eeco and Ertiga, while the company is actively testing CNG variants of DZire and Swift. Both these models have been spied for testing with an emission test kit at the rear which draws some attention to the features on board while the engine specs also leaked ahead of the launch which is scheduled for the coming months .

The leaked document (credited to car.spyshots) reveals that the Maruti Swift and DZire CNG variant will share the same engine lineup. This will include a 1.2-litre Dualjet K12C petrol engine with a CNG kit. The petrol engine produces 83 PS of power and 113 Nm of torque. But the power and torque numbers will be reduced in CNG mode.

In CNG mode, the power and torque figures will range from 11 PS and 18 Nm to 72 PS power at 6,000 rpm and 95 Nm of torque at 4,000 rpm, respectively. The engine will only be mated to a 5-speed gearbox as Maruti Suzuki does not offer AMT on any of its CNG variants.

Apart from this change, the two models will also miss the auto start/stop feature seen on the regular DZire and Swift models which plays a major role in saving fuel. The Maruti Swift and DZire CNG variants will not receive any other updates as far as their exterior or interior make-up is concerned. Factory fitted CNG units allow customers to retain the warranty while providing the benefit of lower running costs.

The suspension, chassis and brakes are being tuned to take on the extra weight of the CNG tank in the words of Maruti Suzuki in the form of the S-CNG. Maruti has also included dual inter-dependent ECU units, a dedicated fuel gauge while all the pipes and joints are stainless steel to prevent any leakage or corrosion. Safety switches have also been installed to cut off the engine during refilling.

The launch is due in the coming weeks. At present, no information has been revealed about the price. However, considering the inclusion of CNG kit, Swift and Dzire can earn a premium of Rs 90,000 over their current prices.