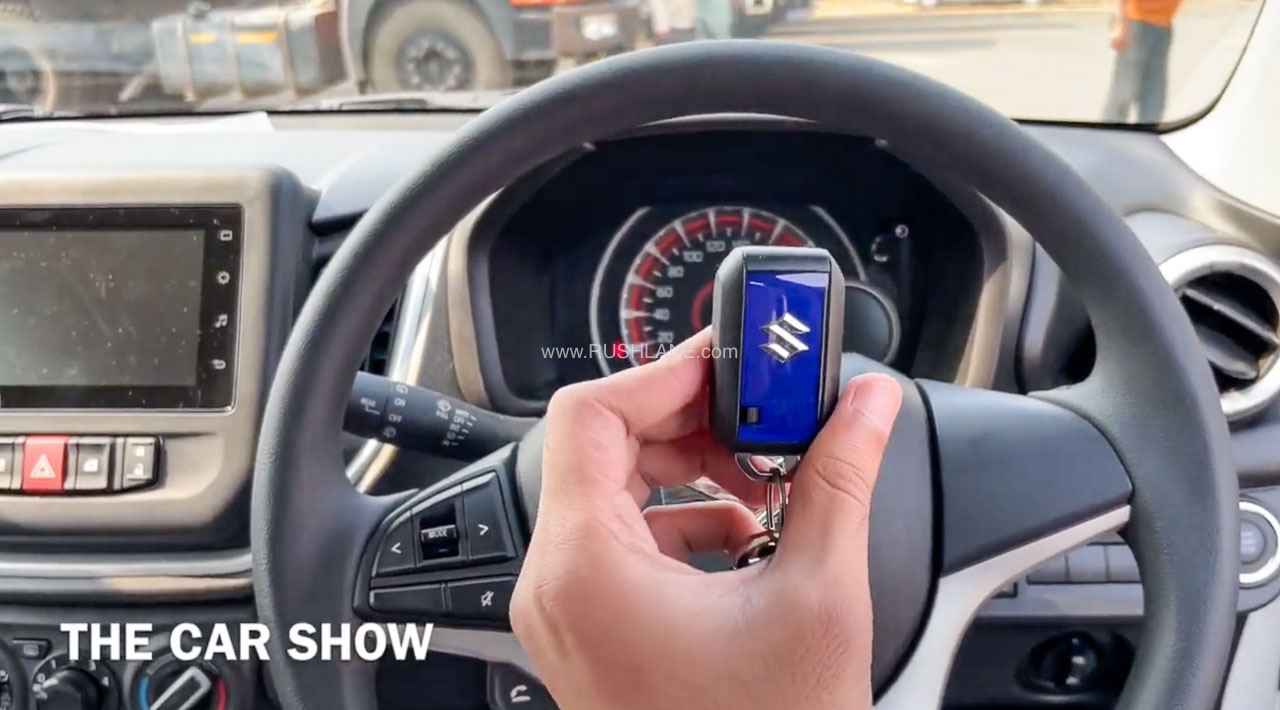 After a drought of more than 2 years, Maruti is finally ready to launch a new car in India

The last time Maruti launched a new car was back in October 2019 and the car was the S-Presso. Its November 2021, and they are now ready to launch their next new car. In between, they also launched a few updates/special editions as well as a mild facelift.

Spyshots of 2021 Maruti Celerio are being uploaded on the internet from all over the country. The initial consignment of vehicles has also started reaching Maruti dealerships. The official bookings for the Celerio have started at Maruti Suzuki Arena dealerships as well as online – the launch is scheduled for November 10, 2021, for a token amount of Rs 11k.

From the various spyshots that have surfaced so far, it is clear that the 2021 Celerio looks smarter and bigger than its predecessor. The latest video from The Car Show details the top version of the new Celerio like never before.

From the inside, it is expected that the 2021 Celerio will offer more cabin space for the passengers. It will get improved upholstery, updated center console, SmartPlay touchscreen infotainment system compatible with Apple CarPlay and Android Auto, multi-function steering wheel, electrically adjustable ORVMs and keyless entry functionality.

A total of 7 variants and 6 color options will be available with the new generation Celerio. It will get a brand new motor for itself. The new Celerio will get a 1-litre 3-cylinder K10C naturally aspirated petrol motor that will replace the existing K10B engine.

The K10C is found on many models in Suzuki’s international lineup. In India too, the engine was on offer for a limited time. The same motor was doing the duty on the Baleno RS, but got an additional turbocharger to give an added punch to the performance.

The engine uses a dual jet technology that uses two fuel injectors per cylinder instead of the traditional use of 1 injector per cylinder. This results in improved overall fuel burning efficiency and increased engine output as well as improved fuel savings.

The exact details of the power/torque configuration will be revealed in the coming days. Also, Maruti has claimed that the new Celerio will be the most fuel efficient petrol car in India. Transmission options will mostly be limited to a 5-speed manual and a 5-speed AMT. The 1.2-litre petrol motor will not be continued on the 2021 model. The CNG fuel option is also expected in the Celerio but its launch could happen at a later date.

As before, the direct rivals of the Celerio will include the Santro from Hyundai, Tata Tiago and Maruti products such as the S-Presso and Wagon-R. The current prices of the Celerio start at Rs 4.56 lakh and go up to Rs 6 lakh (ex-showroom). Considering the generation upgrade, additional features and new Heartect platform, it is reasonable to expect a slight price jump in the 2021 Celerio.