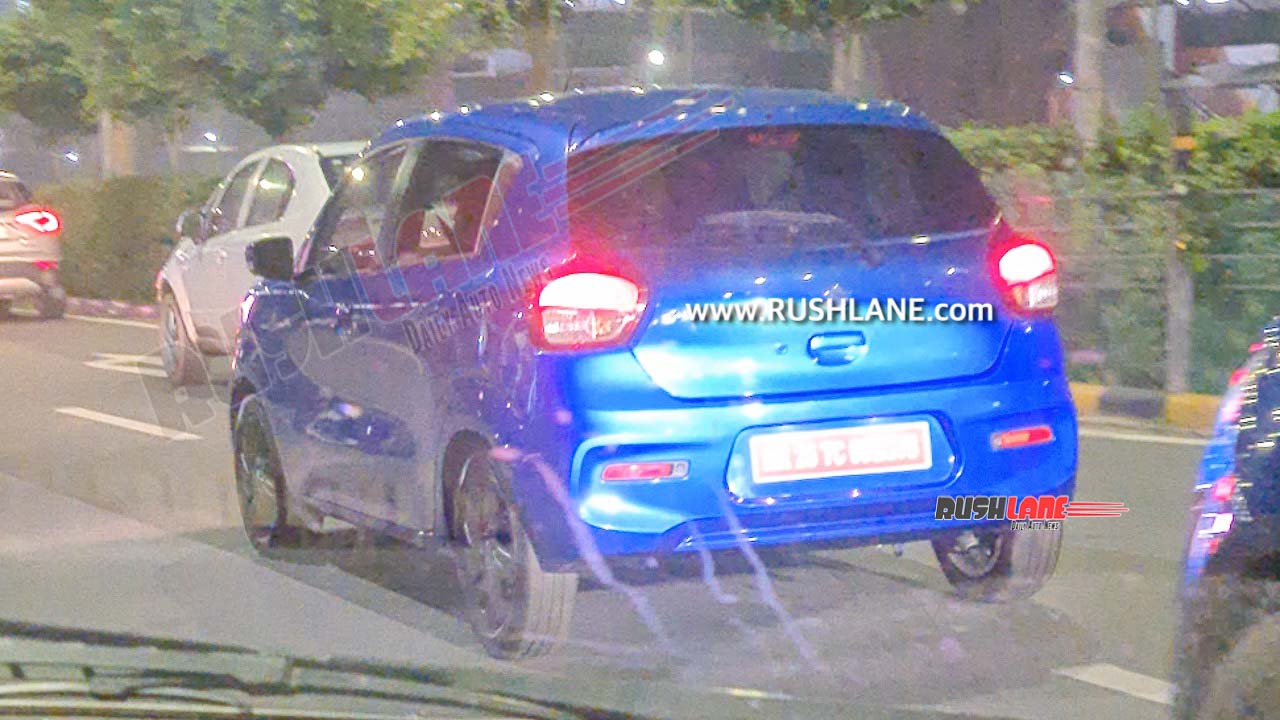 The discussions about the new generation Maruti Suzuki Celerio have been going on for several months now. Spy shots have emerged at regular intervals raising some excitement with feature updates, new color options and engine specifications. The launch was scheduled for earlier this year, but the ongoing pandemic delayed plans.

Maruti Suzuki Celerio was initially launched in 2014. Since launch, its design has remained largely unchanged. Now a brand new 2021 model is set to launch later this month. This next generation Celerio has also been privy to some new updates during a TVC shoot. Unofficially, bookings have also started at select dealerships for a token amount of Rs 5,000-10,000 which is fully refundable.

The new Celerio hatchback will be positioned on the Maruti Suzuki Heartect platform. It will be larger in dimensions than its earlier counterpart. Feature updates will include a new honeycomb front grille with chrome accents, droplet shape halogen headlamps attached to a chrome strip with the Suzuki logo, a sloping bonnet and black bits on its apron and fog lamp surrounds.

It gets power folding ORVMs with integrated turn indicators. Being a budget hatchback, the hatchback will get only one standard antenna and will black out 14-inch alloy wheels. At the rear, the new Celerio will get wrap around tail lamps, a redesigned bumper and distinctive crease lines.

Cabin updates will include a new dashboard design, refreshed upholstery and a new central console. It sports a multi-function steering wheel along with a digital 7-inch touchscreen infotainment system. This is the same system that has been seen in the WagonR. It is compatible with Android Auto and Apple CarPlay. The new Celerio gets a host of new safety equipment like keyless entry, dual front airbags, reverse parking sensors, ABS and EBD.

Prices have not been announced yet. However, considering the updates, the new Celerio could earn a premium over its existing one, which is priced at Rs 4.66-6.0 lakh. Once launched, the new generation Celerio will take on the likes of Tata Tiago, Hyundai Santro and Datsun GO. Along with updating the Celerio hatchback, Maruti Suzuki is also reading a few CNG variants as well as models like the Ertiga, XL6 and Vitara Brezza.

The current Maruti Celerio is offered with a CNG option. The new Celerio is also expected to come with a CNG option. If the 2021 Celerio CNG is not on offer at the time of launch, it could be offered in the coming months. The demand for CNG alternatives is increasing as the price of petrol has increased significantly in recent months. Maruti is also planning to launch CNG variants of Swift and DZire in the coming months.