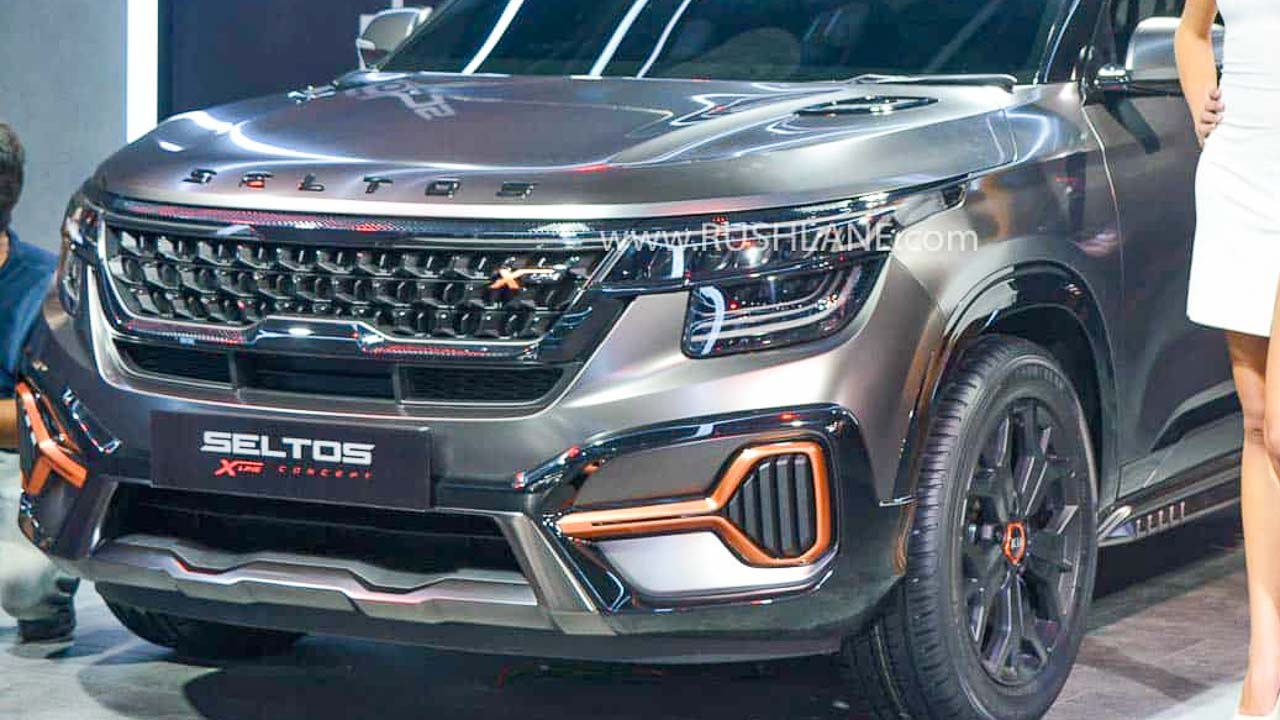 At the 2020 Auto Expo, Kia Motor India had showcased the Seltos X Line concept – they are expected to launch the production version of the same soon

Kia is the fastest growing new car brand in India. The brand which launched its first car in August 2019 has already sold over 3 lakh cars in India. This makes Kia the fastest car brand to achieve the 3 lakh sales milestone in the history of the Indian car industry.

Their cars Seltos and Sonnet are helping Kia achieve this record. They have the older generation Carnival in India, but when it comes to large numbers its sales are largely irrelevant.

Seltos was launched in India on 22 August 2019. Next week the SUV will celebrate its second anniversary in the Indian market. Today, Kia has shared a new teaser which is likely to be a new Seltos variant. In the caption shared by Kia along with this teaser, it is written, “It is time to unveil a new species of badass. ProjectX is unveiling soon.”

Although nothing much is revealed from this teaser, but one thing is clear that this is the Seltos variant. For one, the badass is a tag that Kia has used with the Seltos. Second, last year at the 2020 Auto Expo, Kia showcased the Seltos X-Line concept. This new teaser talks about Project X.

To celebrate the first anniversary of the Seltos, Kia launched the Seltos Anniversary Edition. Now to celebrate its second anniversary in India, Kia will most likely launch the 2021 Kia Seltos X line or the Project X variant. The new Kia Seltos ProjectX variant is expected to be similar to the Seltos X-Line concept. Not much information available yet.

In January 2021, Kia released a new logo, which they said would make its way onto all future models. The new Seltos was the first to get this logo along with the Sonnet in India. Soon the Carnival will come to India with a new logo.

There will be no change in the Seltos engine lineup for the new Project X Seltos variant. It will get the same petrol and diesel engine options as the existing Seltos, which is powered by 114 hp 1.5 liter petrol engine, 138 hp 1.4 liter GDI turbo petrol engine and 114 hp 1.5 liter diesel engine. The engine is mated to a 6-speed manual as standard with the option of a 6-speed torque converter, CVT or 7-speed DCT automatic gearbox – depending on the variant.

Kia also offers a UVO Connect system with the Seltos that includes 37 features divided into the categories of Navigation, Safety & Security, Vehicle Management, Remote Control and Convenience and also offers users a 3-year free subscription with this technology .