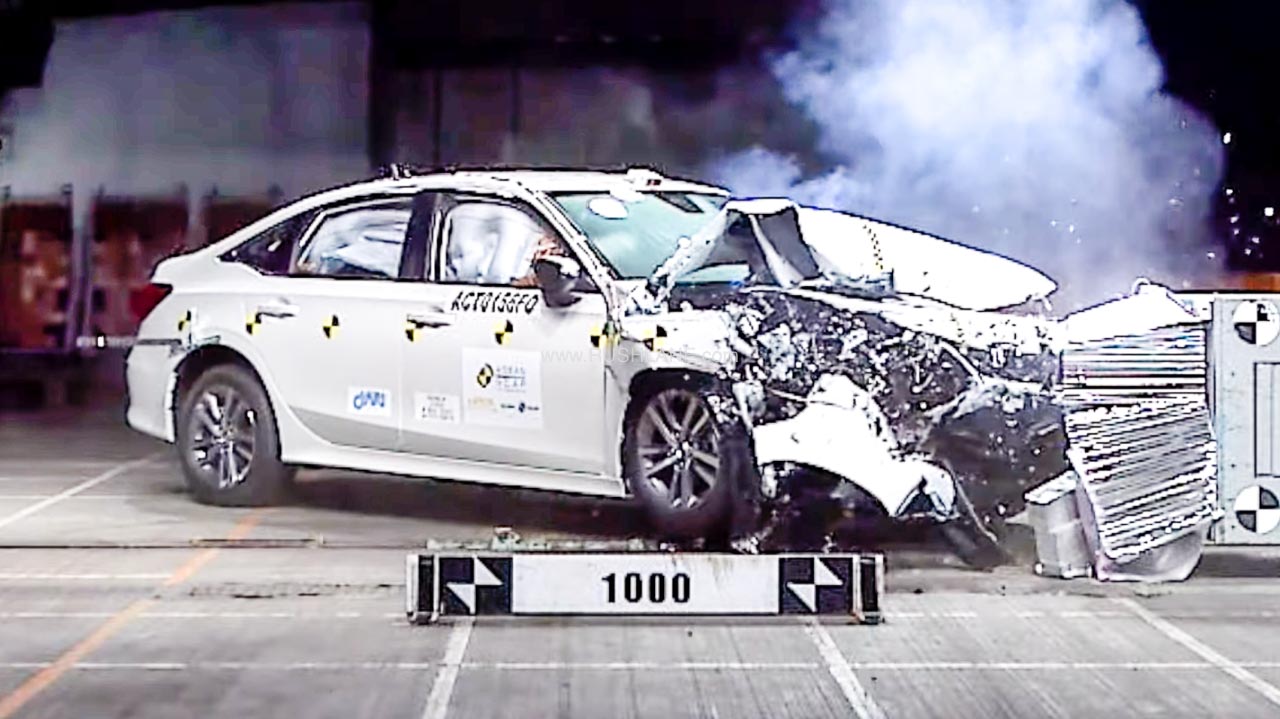 The 2021 Honda Civic has been tested thrice under the ASEAN NCAP. In this latest crash test, the EL+ variant of the Civic (MY2021) was tested. Although the units were sourced from Thailand, the results will also apply to those sold in Singapore and Indonesia.

In frontal impact, adult safety was in the range of good enough for both driver and passenger. There was good head and upper leg protection while chest and lower leg protection was reported to be adequate. The frontal occupant compartment of the car was found to be stable in the frontal offset test.

In side effects, safety was found to be good. The total score scored for adult occupant protection is 29.28 out of 32. There are 14.54 points for frontal impact, 8.0 for side impact and 6.74 points for head protection technique.

In Child Occupant Protection, the test assessed a child aged 18 months and 3 years. Safety equipment used includes restraints and ISOFIX mounts. The new-gen Honda Civic scored a total of 46.72 out of 51 in Child Occupant Protection. This includes 24 points in dynamic test, 10 points in vehicle based test, 11.72 points for installation and 1 point for child detection. In the CRS installation evaluation, most CRS brands were either exempted or passed the test.

The new generation Honda Civic delivered good results in testing the safety assist features. The marks scored was 19.07 out of a maximum of 21 marks. This includes 6 points for effective braking and avoidance, 4.07 points for seatbelt reminder, 6 points for autonomous emergency braking and 3 points for advanced SAT. Features offered as standard across all variants of the new generation Civic include ABS, ESC, AEB, Lane Departure Warning, Forward Collision Warning, Lane Keep Assist and Driver Attention Monitor.

The only area where the 2021 Civic seems to be lagging is motorcycle safety. It scored 8.32 out of 16, which is only slightly above 50%. The new Honda Civic does not have a dedicated nearside blind spot detection system. It uses a lane clock feature instead. This gave him only 2.32 marks out of 8 in blind spot detection. Another important safety device missing is the rear view camera. Due to this, the Civic got 0 points for the rear visualization.

Share
Facebook
Twitter
WhatsApp
Previous articleShahid Kapoor had a crush on Mira Rajput’s best friend, this was the reaction of the actor’s wife after hearing
Next articleAnupama: Son will call Anupama ‘characterless’, Babuji and Vanraj shocked by Anuj’s revelations
RELATED ARTICLES
Automobile