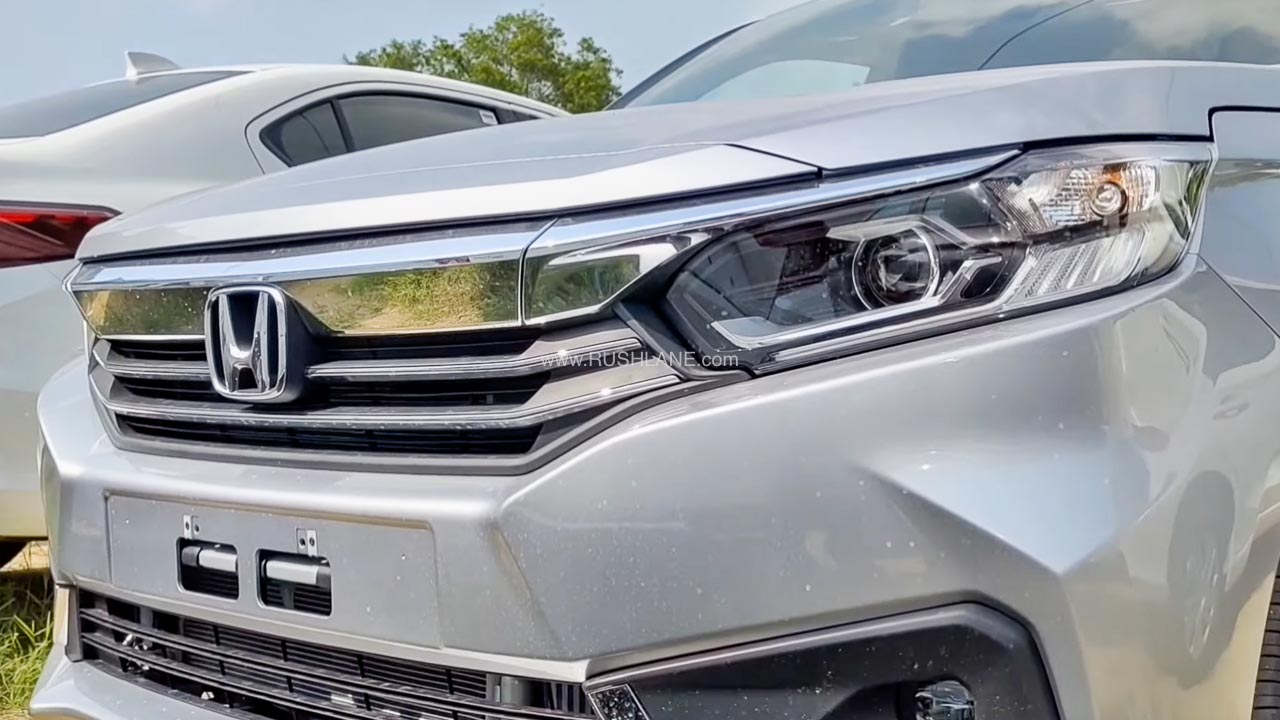 While Honda often leads the mid-size sedan segment with the City, the story is quite different for Amaze in the compact sedan segment. This segment is dominated by the DZire, which is usually ahead of its rivals by a considerable margin.

To bridge that gap, Honda will soon introduce the Amaze in its facelifted avatar. This is a mild update and the changes are largely limited to visual enhancements on both the exterior and interior.

Starting from the front, the Amaze facelift gets an updated grille. While the wide chrome stripe and the top with the Honda logo look familiar, the lower part gets horizontal slats instead of honeycomb mesh. Other changes include upgraded LED projector headlamps with integrated Signature LED DRLs. These new features enhance the overall vibes and energy emanating from the sedan.

The headlights are now equipped with light sensors, which automatically turn on the lights when the car enters a dark environment. This feature will come in handy in situations like entering tunnels or underpasses. The front bumper gets a fresh look and gets updated LED fog lamp housings with chrome accents. The lower bumper houses the central air intake and gets a glossy black finish.

Talking about the side profile, the Amaze facelift gets chrome door handles instead of body colored units. A new set of alloy wheels is also evident, which looks more refined than the existing units. At the rear, the bumpers have been updated with premium chrome garnishes and reflectors. The sedan also gets premium C-shaped LED rear combination lamps.

It is likely that some new color options may also be offered with the Amaze facelift. In its current form, there are a total of five color options – Platinum White Pearl, Golden Brown Metallic, Modern Steel Metallic, Lunar Silver Metallic and Radiant Red.

On the inside, the Amaze facelift gets a revised dashboard layout, satin silver accents, and spacious interiors with counter seats. In terms of functionality, the sedan is equipped with a rear multi-view camera with guidelines. Take a look at the short walkaround video of the new 2021 Honda Amaze facelift top of the line diesel automatic VX trim, thanks to auto addicts.

The powertrain options for the Amaze facelift remain the same. The 1.2 liter petrol motor is capable of generating 89 bhp of maximum power and 110 Nm of peak torque. It is mated to either a 6-speed manual or a CVT automatic gearbox. Transmission options remain the same for the 1.5-litre diesel motor. It makes 99 bhp/200 Nm with the manual gearbox and 79 bhp/160 Nm when paired with a CVT.